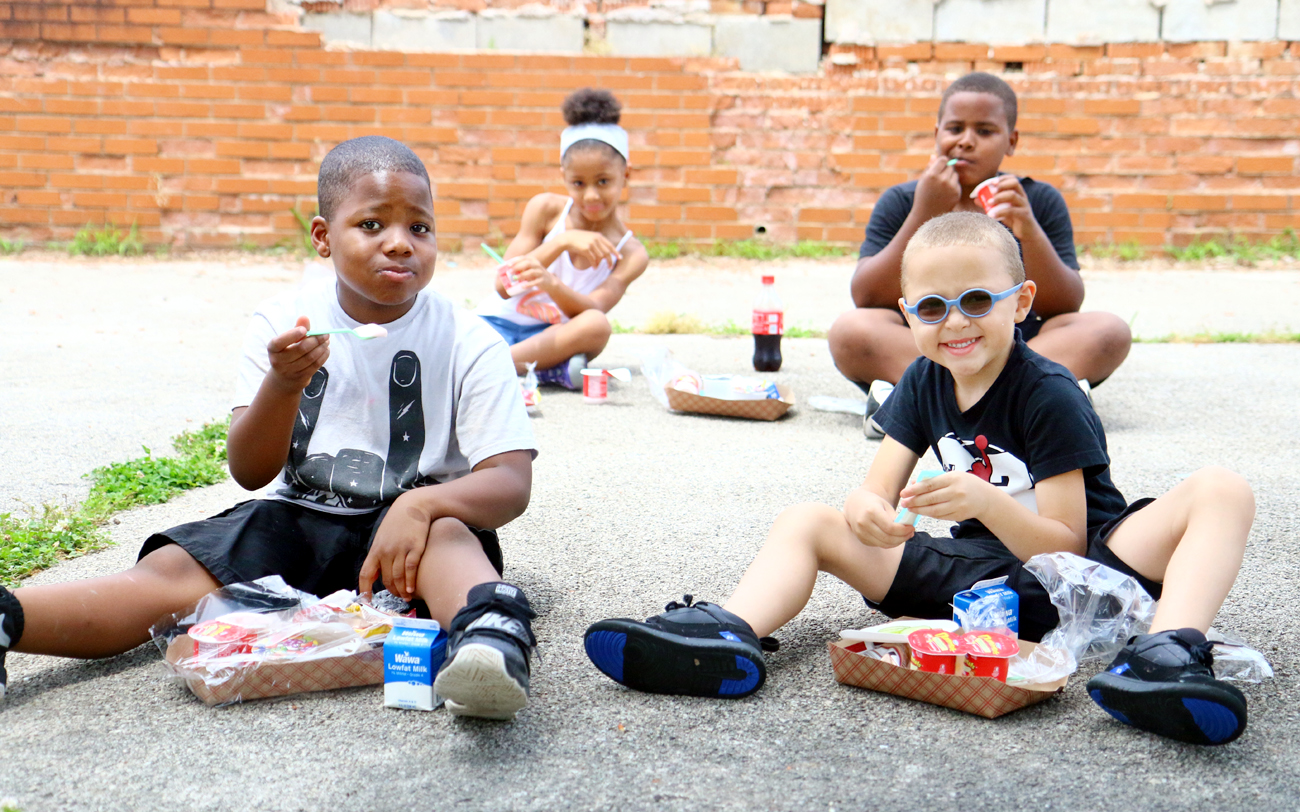 Children attending the kickoff of the 2019 Summer Meals Program in Philadelphia enjoy nutritious lunches at the Lawncrest Recreation Center, June 18. Through the federally funded program, archdiocesan Nutritional Development Services (NDS) will partner with the city of Philadelphia and other agencies to provide an estimated 1.5 million meals, or more than 20,000 per day, to city children and youth during the summer months. (Photo by Sarah Webb)

Archdiocesan Nutritional Development Services (NDS) joined the Mayor’s Office of Education and other area agencies in kicking off summer with cold milk and a commitment to ensure area children eat healthy.

The 2019 Summer Meals Program officially was officially opened at a June 18 ceremony held at Philadelphia’s Lawncrest Recreation Center. Mayor Jim Kenney, former Eagles wide receiver Jason Avant and Brooke Mullen, assistant director of community relations for NDS, were among those who spoke about the importance of the initiative.

“Nourishing meals play a significant role in children’s ability to recharge, learn and grow over the summer,” said Mullen, addressing a crowd of some 100 area residents and agency representatives.

Funded by the U.S. Department of Agriculture (USDA) and administered by the Pennsylvania Department of Education, the summer meals program operates at more than 1,000 sites throughout the city, serving breakfast, lunch and snacks to children and youth up to age 18.

Mullen said that the packaged meals, which conform to USDA guidelines, include “a variety of whole grains, lean proteins – things like popcorn chicken wraps, sandwiches, turkey bologna and cheese – as well as fresh fruit and vegetables, juice and milk.”

This year, the program expects to offer close to 1.5 million meals, or more than 20,000 per day, according to Orlando Rendon, deputy commissioner of programs for the city’s Parks and Recreation office.

Mullen said that NDS, which serves all five Philadelphia-area counties, will provide a total of 800,000 meals through 400 sites, including dinner at those locations with evening hours. More than 325 staff and partners have been trained in food safety and regulatory compliance in preparation for the initiative.

At the close of the kickoff, Cassandra Blickley of the American Dairy Association North East led event attendees in a toast to summer, raising a cup of milk to the importance of the program.

Blickley – a herdsman and calf manager — noted that despite the popularity of nut and rice-based alternatives, dairy milk remains vital as a key source of protein for children.

“After the school year ends, it’s not only ‘out of school,’ but ‘out of healthy eating’ for some kids,” said Hagedorn, adding that increased snacking, combined with a lack of access to fresh foods, leads to a nutritional decline for many youth. 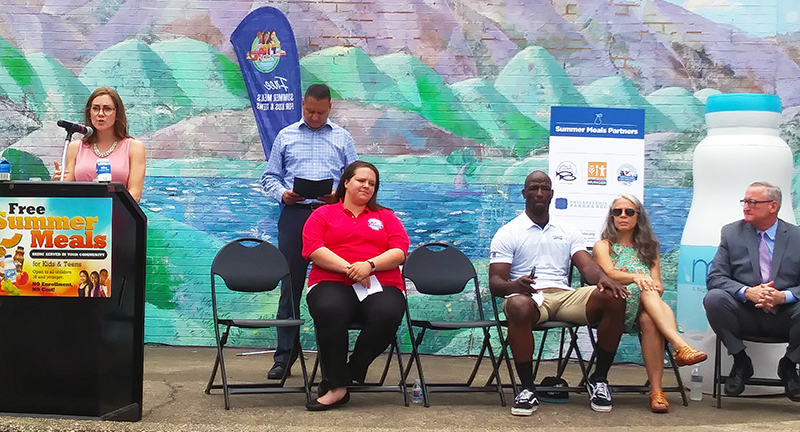 Despite the program’s wide availability, many families remain unaware that they can access free summer meals, Hagedorn observed.

“Only about 15 percent of the children who are entitled to the program actually participate in it over the summer,” she said.

Avant urged attendees to “take advantage of the summer meals sites,” saying that there is “nothing to be ashamed of” by accessing this resource, which enhances both physical and mental stamina.

Mayor Kenney agreed, saying that he had benefited from in similar programs while growing up in South Philadelphia.

Hagedorn said that NDS is “working to get the word out” about the summer meals program, which Lawncrest resident Grace Lopez eagerly supports.

“My kids enjoy the food,” said Lopez, a mother of three, noting that her daughter Ailani lists broccoli as her favorite vegetable.

While fostering healthy eating, Hagedorn said she and her team want to encourage youth to “take care of themselves in body, mind and spirit.”

As part of that broader message, NDS has selected the theme “Operation Kindness” for its summer meal outreach.

Structured activities – including creative writing and drawing contests with cash prizes – will stress the importance of “lending a hand, being generous, even being kind to the environment through sustainable practices,” said Mullen.

There’s no summer vacation from their ongoing mission, but Hagedorn and the NDS staff are ready to sustain their nonstop pace.

“Nutrition doesn’t take a break, and it has long-lasting effects,” said Hagedorn.