AMA applauded for reaffirming its opposition to doctor-assisted suicide 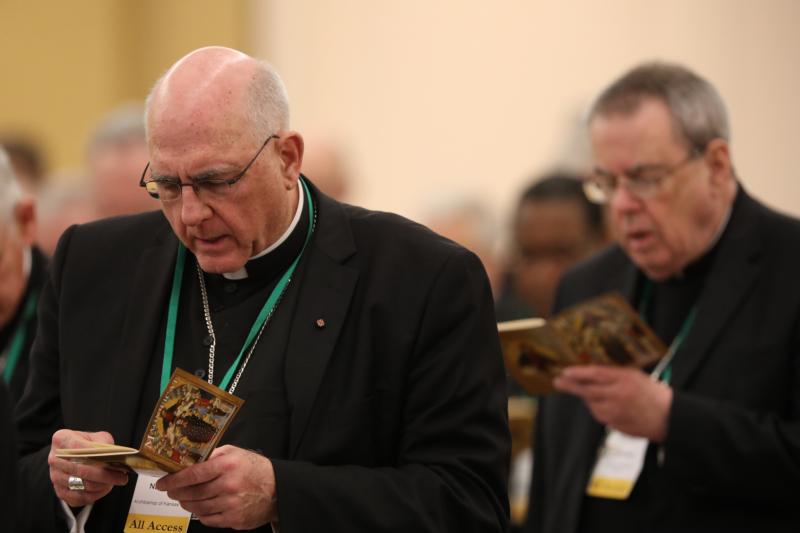 Archbishop Joseph F. Naumann of Kansas City, Kan., chairman of the U.S. bishops’ Committee on Pro-Life Activities, is seen during opening prayer on the first day of the annual general assembly of the USCCB in Baltimore June 11, 2019. (CNS photo/Bob Roller) S

WASHINGTON (CNS) — The chairman of the U.S. bishops’ pro-life committee praised a June 10 decision by the American Medical Association to reaffirm its long-standing policy against physician-assisted suicide.

“The practice and promotion of assisted suicide poses grave consequences for our entire society but particularly for persons living with illness, disabilities or socioeconomic disadvantages,” said Archbishop Joseph F. Naumann of Kansas City, Kansas, who is chairman of the U.S. Conference of Catholic Bishops’ Committee on Pro-Life Activities.

“The AMA was right to reaffirm its long-standing view that physician-assisted suicide is fundamentally incompatible with the physician’s role as healer,” he said in a June 11 statement.

MedPageToday, an online news outlet that covers health care, said the vote came during the AMA’s annual meeting in Chicago.

At last year’s meeting, “after impassioned testimony from both sides,” it said, the AMA’s Council on Ethical and Judicial Affairs was asked to further examine the issue of physician-assisted suicide. It presented its findings at the Chicago meeting and recommended the AMA retain its current opposition to the practice.

MedPageToday said meeting delegates approved the report by a vote of 360 to 190, and they also voted 392 to 162 to reaffirm the AMA’s current policy on assisted suicide.

PREVIOUS: Church must use social media to bring ‘nones’ back, bishop says

NEXT: Cardinal DiNardo calls bishops to be trustworthy like Barnabas