Bishops consider update of texts of rites for clergy ordinations 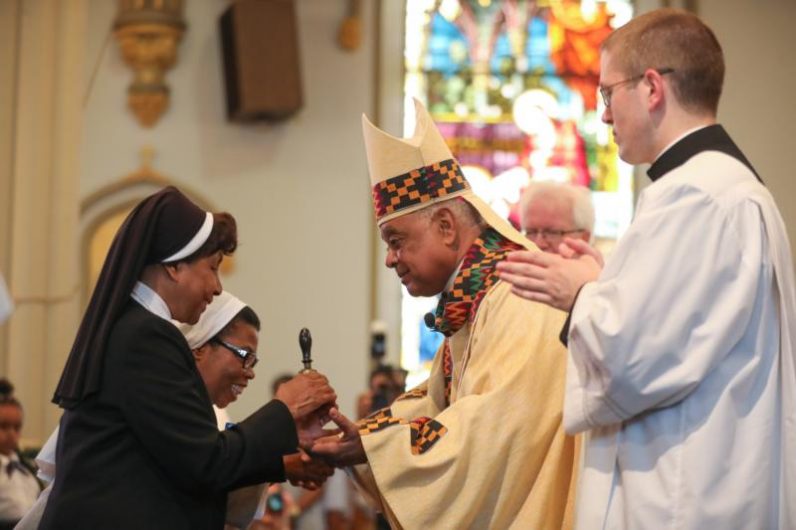 BALTIMORE (CNS) — The U.S. bishops are set to consider an updating of texts last changed in 2003 for the ordination of clergy.

The action could take place during the bishops’ June 11-13 general meeting in Baltimore. If the proposal is approved by a two-thirds majority of Latin-rite bishops, it would still require confirmation by the Vatican.

Archbishop Wilton D. Gregory of Washington, chairman of the bishops’ Committee on Divine Worship, noted in remarks to his fellow bishops June 11 that the first post-Vatican II rites for bishops, priests and deacons, were first advanced in 1968.

A more definitive version, formulated by the International Commission on English in the Liturgy — a commission set up by a number of episcopal conferences in English-speaking countries — was published in 1978 and “continues to be used in some countries,” Archbishop Gregory said in prefatory remarks to the proposed new texts.

Another translation effort in the 1990s was characterized by much back-and-forth between ICEL and the Vatican before the Vatican rejected it in 1997, he added. Further modifications — some made before the Vatican document “Liturgiam Authenticam” was issued in 2001, and others after — were made and approved by the U.S. bishops in 2002, with subsequent Vatican confirmation and publication in 2003. A Vatican version with two more changes was published in 2012.

The dilemma: Both the 2003 and 2012 books are out of print. “In one form or another, the ritual book needs to come back into print, since newly ordained bishops are forced to search for used copies of the text,” Archbishop Gregory said.

“While this new translation is not drastically different from the version currently approved for the U.S., the Holy See has indicated a preference for it,” he noted. “The bishops are not compelled to adopt a new translation,” he added. “However, the members of the (worship) committee agree that there would be value in having a completely updated edition, and one that is likely to be adopted by other conferences as well.”

The bishops of Canada approved the text last year, and the Vatican has already granted its confirmation, Archbishop Gregory said June 11.

The bishops had approved an earlier draft of the texts, known in liturgical circles as the “Green Book.” This, the final draft, is known as the “Gray Book.”

In a March 30 letter to bishops from ICEL member countries, Bishop Arthur J. Seratelli of Paterson, New Jersey, ICEL’s chairman, noted: “ICEL’s task is to be faithful to the Latin liturgical book, and any subsequent rearrangement or augmentation of these texts remains the responsibility of the (individual bishops’) conference.”

He added, “There is no music contained in the Gray Book. Work on the music cannot be finalized until the text approaches its final form, though ICEL has drafted music to the texts in their present form.” Any musical setting, Bishop Seratelli said, would be “made available in due course and posted on the ICEL website.”

The volume, as outlined for the bishops, contains — in both Latin and English — select decrees; a 1968 apostolic constitution from St. Paul VI on approving new rites; an introduction, separate chapters on the ordination of bishops, of priests and of deacons, and the ordination of priests and deacons in the same liturgical celebration; and texts to be used in ordinations, with appendixes of hymns and the rite of admission to candidacy for holy orders.