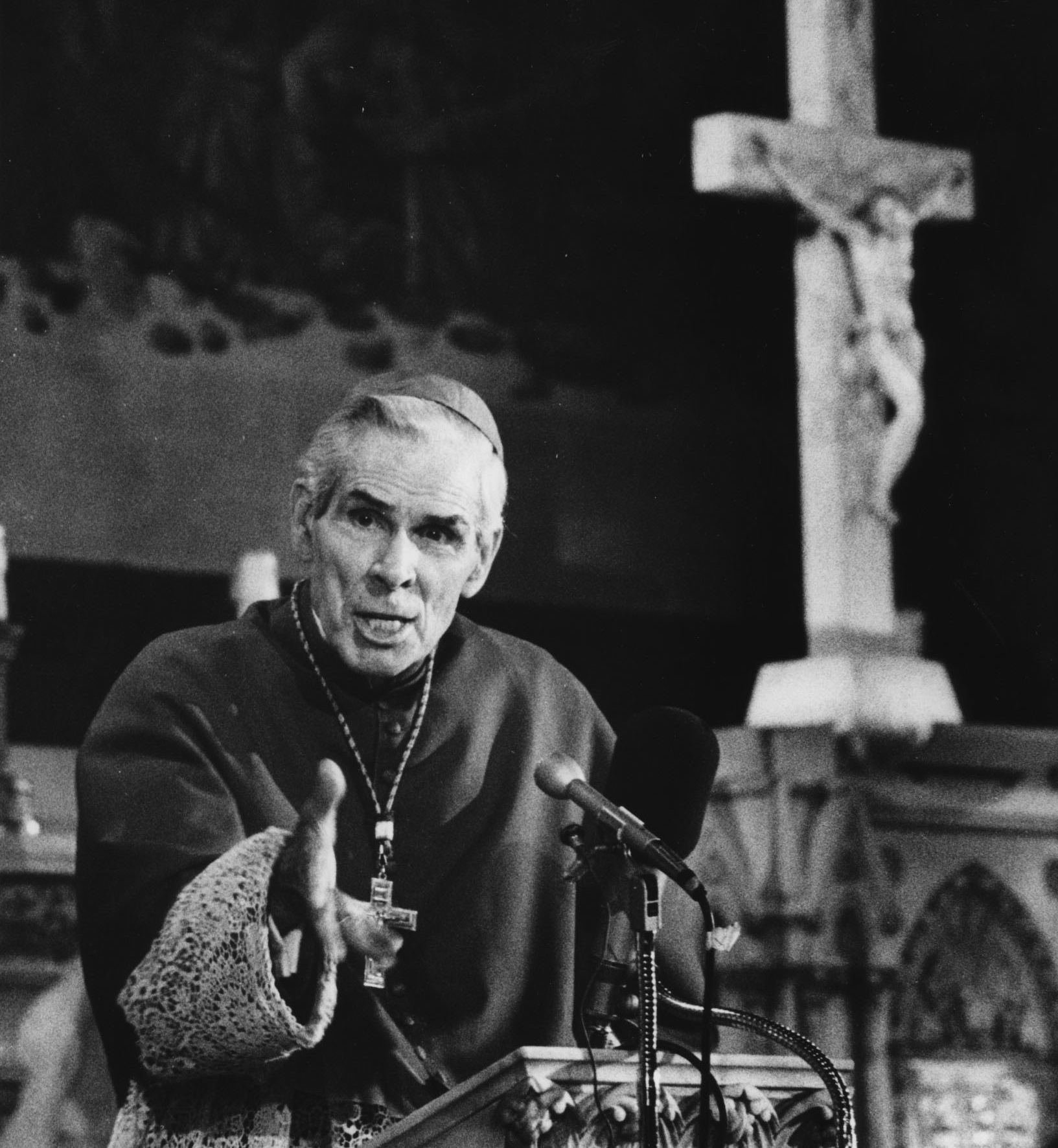 Archbishop Fulton J. Sheen is pictured in an undated file photo. The New York Court of Appeals, the state’s highest court, in a June 7, 2019, ruling rejected a final appeal from the Archdiocese of New York and the trustees of St. Patrick’s Cathedral. They had sought to keep the remains of the famed orator and media pioneer interred at St. Patrick’s, where they have rested since after his death Dec. 9, 1979. (CNS file photo)

PEORIA, Ill. (CNS) — The Peoria Diocese said Bishop Daniel R. Jenky “is overjoyed and elated” that the remains of Archbishop Fulton J. Sheen will be coming home to the diocese following a ruling by the state of New York’s highest court.

The New York Court of Appeals June 7 rejected a final appeal from the Archdiocese of New York and the trustees of St. Patrick’s Cathedral, who sought to keep the remains of the famed orator and media pioneer interred at St. Patrick’s, where they have rested since after his death Dec. 9, 1979.

According to published reports in The New York Times and other media outlets, the archdiocese said it will now work with Joan Sheen Cunningham — Archbishop Sheen’s niece and closest living relative — and the Diocese of Peoria to arrange for a respectful transfer of the remains to St. Mary’s Cathedral in Peoria.

In 2016, Cunningham filed a legal complaint seeking to have her uncle’s remains moved to the cathedral in Peoria, a factor the Diocese of Peoria has maintained is critical for a hoped-for future beatification.

In a statement issued June 9, the Diocese of Peoria expressed joy and gratitude for the latest decision that ends the long-running legal dispute.

“Bishop (Daniel R.) Jenky is overjoyed and elated that, for the fifth time, the New York courts have upheld Joan Sheen Cunningham’s petition,” it said, noting the June 7 ruling “marks the final decision of the New York court system.”

The Peoria Diocese opened Archbishop Sheen’s cause for canonization in 2002. His heroic virtue and life of sanctity were recognized in 2012 by Pope Benedict XVI, who granted him the title “Venerable.” With progress already made and pending the approval of Pope Francis, diocesan officials believe a beatification could take place relatively soon after the anticipated arrival of the remains at St. Mary’s Cathedral.

The diocesan statement expressed Bishop Jenky’s gratitude for the willingness now indicated by the New York Archdiocese to cooperate with the transfer. Necessary permits will reportedly be applied for the week of June 10. It is unknown how long it will take for all details to be worked out.

Bishop Jenky thanked all who have worked and prayed for the success of the legal efforts, including Cunningham “for her perseverance.” He expressed special gratitude to Patricia Gibson, Peoria diocesan chancellor and attorney, “who has championed this legal case and the cause of Venerable Archbishop Sheen since its beginning.”

The bishop asked for continued prayers for the advancement of Archbishop Sheen’s sainthood cause.

NEXT: Bishops urged to pass ‘effective’ policies on accountability, transparency