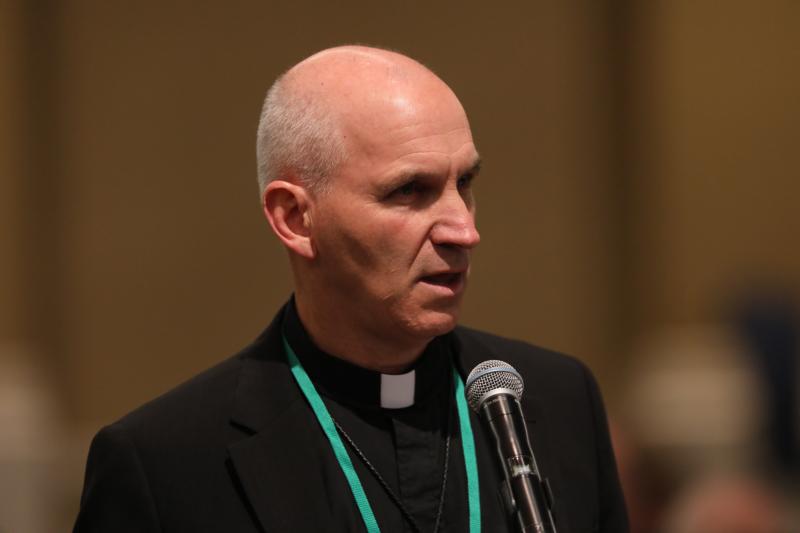 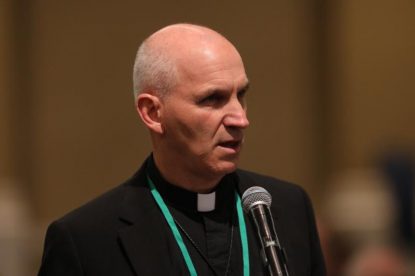 Cheyenne Bishop Steven R. Biegler announced June 12 that such a trial of the retired prelate would take place. Bishop Biegler included Bishop Hart’s name in a list of all Catholic clergy with substantiated allegations of sexual abuse of minors or vulnerable persons for whom the diocese had files and who were in active ministry from 1950 to the present in the Diocese of Cheyenne.

Bishop Hart is one of 11 clergy on the list published on the diocesan website and in the June online issue of the Wyoming Catholic Register, Cheyenne’s diocesan newspaper. After the prelate’s name, the listing states: “Pope Francis imposed restrictions and authorized a penal process.”

Alessandro Gisotti, interim director of the Vatican press office, confirmed June 13 with Catholic News Service in Rome that “an administrative penal process by the Congregation for the Doctrine of the Faith, authorized by the Holy Father, has begun regarding Bishop Hart.”

In a letter to diocesan Catholics about the published list on substantiated claims, Bishops Biegler said: “Our clergy are expected to be shepherds who guard and protect the flock, especially the least among us. They are called to imitate the Good Shepherd, who laid down his life for the sheep. Therefore, sexual abuse by clergy is an appalling sin and a reprehensible crime.”

“It contradicts everything we stand for. Each name on this list represents a betrayal of trust, a violation of the innocent and a human tragedy,” he added.

Bishop Hart, who retired as head of the Diocese of Cheyenne in 2001, has always maintained his innocence, “categorically and completely” denying any improper conduct.

The announcement of the Vatican trial follows the conclusion of a new investigation of the allegations against Bishop Hart that Bishop Biegler had ordered. Results of the investigation were sent to the Congregation for the Doctrine of the Faith, the Congregation for Bishops, the nuncio to the United States and Denver Archbishop Samuel J. Aquila, who is the metropolitan of the province that includes the Cheyenne Diocese.

In July 2018, Bishop Biegler said that, because of the results of the investigation, he would continue the restrictions placed on the public ministry of Bishop Hart first imposed by then-Bishop Paul D. Etienne when he headed the Cheyenne Diocese.

The accusation is that Bishop Hart sexually abused two boys from Wyoming after he became Cheyenne’s bishop in 1978. He was auxiliary bishop of the statewide diocese for two years before that.

In 2002, police and prosecutors in Cheyenne cleared Bishop Hart of any wrongdoing because they found “no evidence to support the allegations.”

But Bishop Biegler ordered the new investigation of the claims since there were “there no trials, no determination of guilt or innocence (and) the matter was not resolved,” the diocese said.

The Wyoming allegations came after several men alleged that Bishop Hart sexually abused them years earlier, when he was a priest in the Diocese of Kansas City-St. Joseph, Missouri. He was ordained for that diocese May 1, 1956. He was accused of three instances of abuse dating to the late 1960s and early 1970s there.

In 2008, the Missouri diocese, then headed by Bishop Robert W. Finn, announced a $10 million settlement with 47 victims of sexual abuse by 12 clergy and former clergy of the diocese. The diocese did not name the 12 clergymen involved in the settlement, but at the time, attorneys for the victims said the group included Bishop Hart. Another financial settlement was reached by the diocese in 2014.

NEXT: Bishops approve third-party reporting system; to be in place by May 31