Ukrainian Catholics discuss future of their church in North America 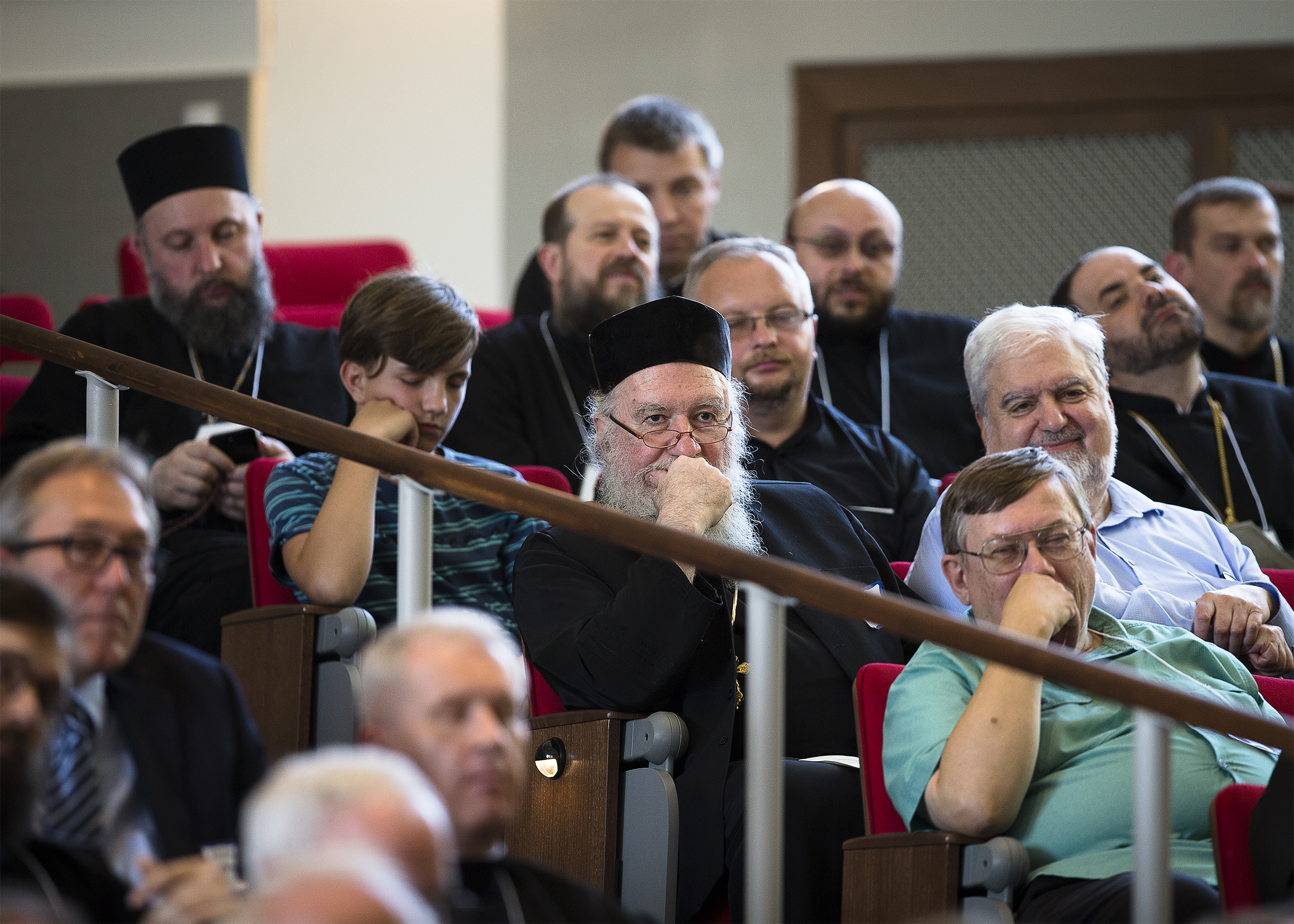 Attendees at The Catholic University of America in Washington listen to a June 6, 2019, discussion about the future of the Ukrainian Catholic Church in North America. (CNS photo/Tyler Orsburn)

WASHINGTON (CNS) — Ukrainian Catholics in North America continue to struggle to develop ways to maintain their Ukrainian religious and ethnic identity amid a larger majority culture that beckons with the siren song of assimilation.

“It is time to give voice to our young people, to hear them,” Archbishop Gudziak said in introductory remarks during the conference, which was part of an eight-day celebration of his June 4 enthronement in Philadelphia.

His words were echoed by Susan Timoney, an associate professor in the School of Theology and Religious Studies at Catholic University.

“Young people are fully invested members of our community today,” not at some point in the future, Timoney said.

One takeaway from last October’s Synod of Bishops on “young people, faith and vocational discernment” at the Vatican, was that “our parishes are rightly placed (with) exactly what our young people are searching for,” although “we don’t always use the same language,” she said, adding that “if Jesus were preaching and teaching today, we might think of him as that millennial hipster with some crazy ideas.”

Youth coming together to celebrate also is helpful, according to Timoney, who cited national, regional and local World Youth Day celebrations concurrent with the international World Youth Day as an example. “Young people need help with discernment,” Timoney said. “They need help to make sense of who they are, and who God wants them to be.”

Assimilation into the larger culture is not limited to Ukrainians, said Mar Munoz-Visoso, executive director of the U.S. bishops’ Secretariat of Cultural Diversity in the Church.

“Among Hispanics, kids are speaking English,” Munoz-Visoso said. “They are subject to the same temptations and cultural influence as all of the other kids.” What is needed is “to reach out in a way that is meaningful to them,” she said.

But discipleship is not to be restricted to one’s own group, she added. “The church in Ukraine is missionary in its own identity,” she said. Evangelization should not be limited to just “the ones who speak like me, or look like me, or think like me, but all nations,” as Jesus decreed, she added.

“We will never allow anyone in our church to look at you and say, ‘What are you doing here? You’re not Ukrainian,'” said the priest, who is director and professor of liturgy at the Metropolitan Andrey Sheptytsky Institute of Eastern Christian Studies at the University of St. Michael’s College, University of Toronto.

There are people who have “an inferiority complex about being Ukrainian,” he added, but “we see parishes who refused to even have a homily in English in 40-50 years, and they are suffering today.”

Unity is key, Father Galadza said, but without unity in the pursuit of truth, “your sense of mission is going to be skewed.”

A recurring theme of the “From Heart to Heart” conference struck Robin Darling Young, an associate professor of spirituality at Catholic University professor, as profound, noting it was the motto of Blessed John Henry Newman, the 19th-century Oxford don and Anglican who joined the Catholic Church, became a cardinal, and whose canonization is expected later this year.

NEXT: Bishop bars Illinois Catholic lawmakers who back abortion from Communion