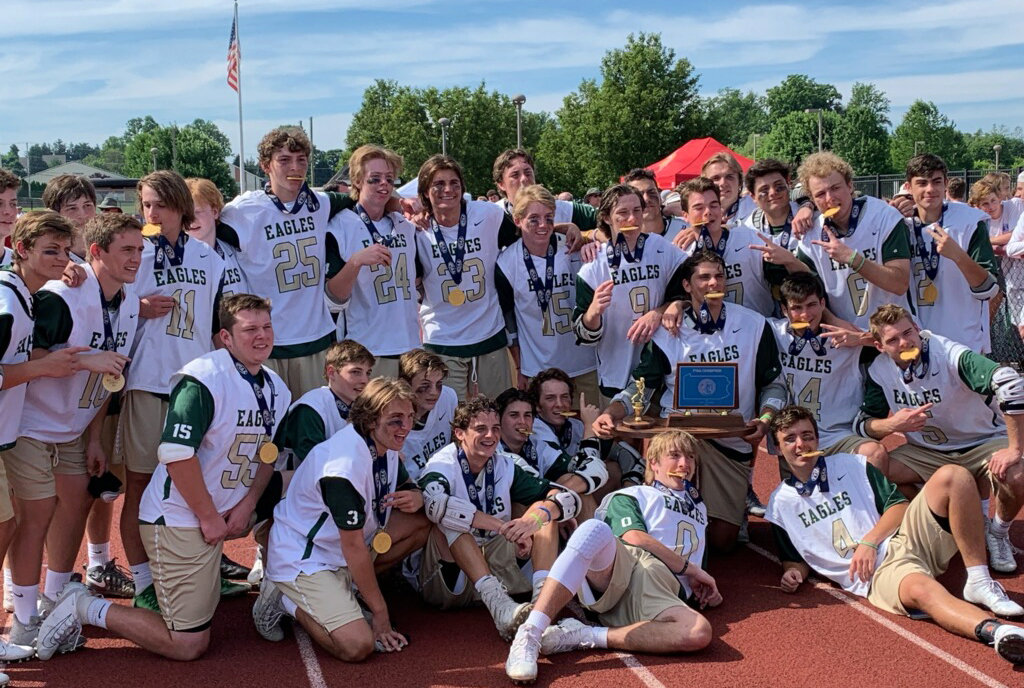 Eight minutes had elapsed and the game remained scoreless. A back-up official needed to run back to his car to retrieve his cell phone.

“The scoreboard has to be wrong,” he said.

Nope. In a span of one minute and 45 seconds, Bishop Shanahan scored five consecutive goals. The only challenge ahead was to play good defense, and that’s precisely what the Eagles did.

When the clock reached all zeroes on June 8 at West Chester East High School, Bishop Shanahan had defeated Hershey, 12-3, to win the PIAA Class 2A state lacrosse championship for a second straight season.

“We have the confidence that we can beat anyone, but we have to go out there and play our top game to beat people,” said senior defenseman Connor Whalen. “We can’t just show up.

“Everyone gives you their top game. Everyone knows that Shanahan won it last year and they are going to give you their all, so we have to be ready.”

Whalen verbally committed to play at the University of Maryland before being formally accepted this year. His style of defense is rather simple to explain. 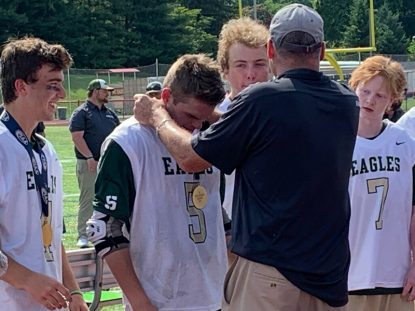 While extending its winning streak to 20, District 1 champ Shanahan (22-1 overall) never surrendered the momentum after forging the 5-0 lead. The Eagles led by 8-2 at halftime and 10-2 after three.

Sophomore Owen Murray led the way. Regardless of what type of defense Hershey (19-6) attempted to employ, Murray couldn’t be stopped, finishing with four goals and three assists.

“This was a huge game,” said Murray. “For me, it’s the biggest game I’ve ever played in. This is what I came to high school for; this is what I’ve been looking forward to.”

“Defense wins games,” he said. “If we can’t play defense, we don’t win. Our defense helps the offense because we have the ability to do great things in transition.” 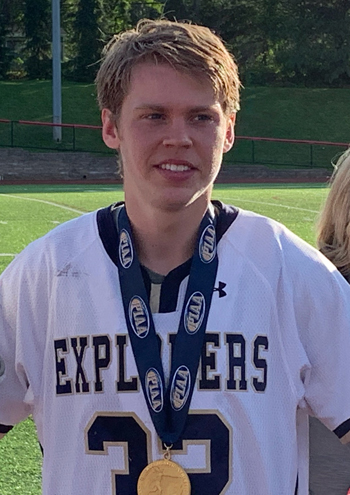 The game seemed to be over, and in a flash, it was tied.

La Salle had meticulously built a 5-2 lead over Conestoga in the PIAA Class 3A state lacrosse championship June 8 at West Chester East High School. But Conestoga had other ideas.

The Pioneers scored three goals late in the fourth, and suddenly, the score was tied at 5-5. The momentum had spun a full 180.

The 7-5 victory avenged an earlier loss to Conestoga. However, the opponent didn’t matter. In fact, the team LaSalle talked more about after beating Conestoga was Garnet Valley. In the semifinals the Explorers trailed GV, 10-4, heading into the fourth quarter. They then scored the final seven goals for a highly unlikely 11-10 victory.

“This is the craziest experience of my life,” said Mallee. “Being down six goals going into the fourth in the semifinals, fighting all the way back, and then coming out here and just outworking Conestoga … it’s the best feeling ever.”

“Coach (Bill) Leahy is really big on doing the little things to stop those runs,” said senior goalie Christian Suter. “Whether it’s a save — or (senior) Chase Rondeau sticking his leg out making a big stop — it’s the little things like that that can change the momentum of a game. We’re just trying to make those little plays.”

As for the biggest play of the contest — the game-winner — the goal scorer was the last to know what happened.

“I personally didn’t see the ball go in the net,” said Coar. “I hit the ground and then I heard the fans cheering, and I was like, I guess it went in. I was super hyped.”

In the PIAA Class 2A girls’ final, Villa Maria Academy lost a heartbreaking 10-8 decision to Springfield-Delco. Bridget Finley scored three goals while Abby Walheim and Margie Carden both added a pair in defeat. 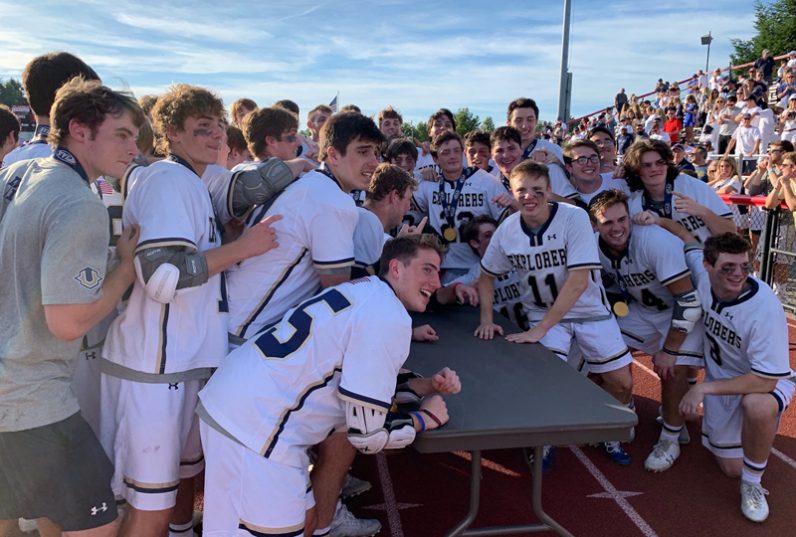