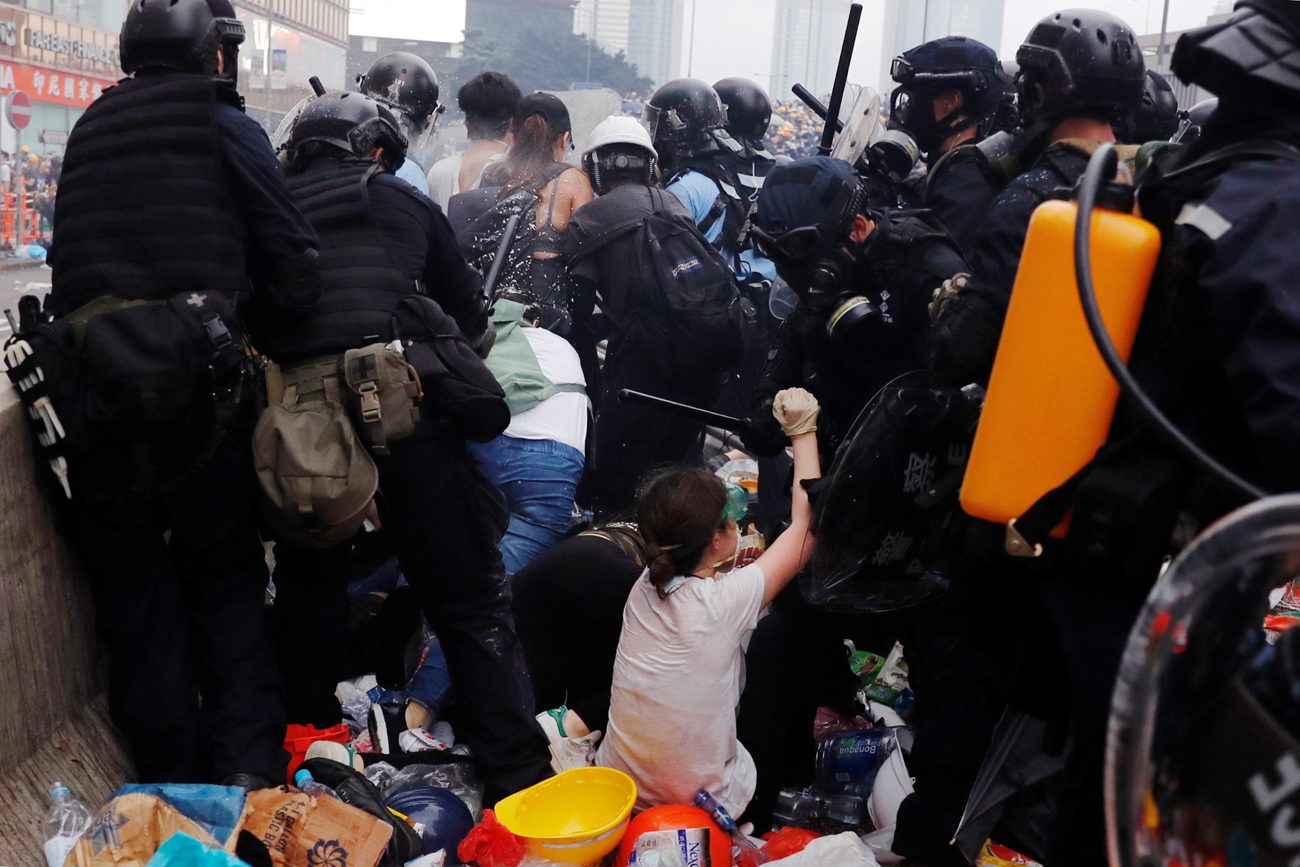 Protesters in Hong Kong clash with riot police June 12, 2019, during a demonstration against a proposed Chinese extradition bill. The Diocese of Hong Kong issued a statement June 11 urging the city's government "not to rush to amend" its controversial extradition treaty. (CNS photo/Tyrone Siu, Reuters)

The Diocese of Hong Kong has made a rare foray into politics, issuing a statement urging the city’s government to “not to rush to amend” the city’s controversial extradition treaty.

The June 11 statement came amid continuing street protests, which on June 12 were broken up by police using tear gas, pepper spray and rubber bullets.

Afterward, the diocese issued a second statement, noting the dispute over the legislation “has now come to a violence and bloodshed stage. Therefore, once more we make an urgent appeal, that the SAR government and the general public exercise restraint and seek a solution to the current dilemma through peaceful, rational channels.”

Church leaders have noted this would involve Catholics and other Christians involved in ministry on the mainland subject to rendition to the mainland for questioning or trial. Lawyers, social justice groups and students and regular Hong Kong citizens have criticized the legislation.

The proposal saw about 1 million people, including Auxiliary Bishop Joseph Ha Chi-shing and Cardinal Joseph Zen Ke-kiun, retired bishop of Hong Kong, take to the streets in protest June 9 in the largest such march since 1989.

They are concerned that Beijing is further dismantling the independence of the Hong Kong Special Administrative Region.

The bill is due to be voted on June 20 by the Hong Kong Legislative Council, dominated by pro-Beijing lawmakers.

“All people HKers should join! At the beginning of the rally, all Christians, including the vicar general of HK diocese and clergies, pray together and determine ourselves to say NO to this evil law,” Cardinal Zen wrote on his Twitter account June 9.

Hong Kong Chief Executive Carrie Lam Cheng Yuet-ngor, a practicing Catholic, is in charge of fast-tracking the bill through the Legislative Council. The process was slowed June 12 when thousands of protesters surrounded the parliament, resulting in lawmakers delaying the beginning of debate on the bill. Riot police pushed back protesters late in the afternoon.

The Hong Kong Diocese urged the government “not to rush to amend the Fugitive Offenders Ordinance before responding to the doubts of the legalists and the public on the draft.” The June 11 statement urged restraint, and that both sides “seek a solution that is in accordance with the principles of justice and jurisprudence through peaceful means.”

Since Cardinal Zen, an outspoken Beijing critic, retired a decade ago, the diocese has steered clear of political controversy and has, for instance, been supportive of the September deal between the Vatican and Beijing concerning appointment of bishops.

This support has been given despite misgivings among many of the city’s 580,000 Catholics, led by Cardinal Zen, who feel the agreement undermines so-called underground Catholics on the mainland.

Catholics in Hong Kong are also fearful that, as Beijing continues to encroach on Hong Kong, it may move its state-run religious management model into the city. In the mainland, state control is embodied by the Catholic Patriotic Association, which is now controlled directly by the ruling Communist Party through its United Front Work Department.

A further sign of the diocese’s renewed political vigor was apparent at the annual prayer vigil June 4 in commemoration of the anniversary of the 1989 massacre in Beijing’s Tiananmen Square.

“I found that the Beijing students 30 years ago showed us the beauty of humanity in their lives,” Bishop Ha said at that vigil. “They believed there is light in the darkness, hope in the hopeless. They believed nonviolence will overcome violence.” 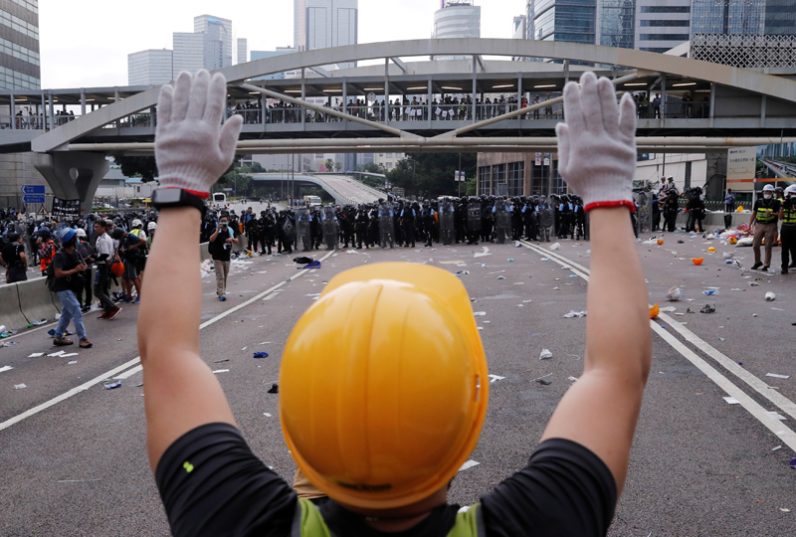 A protester in Hong Kong gestures towards riot police June 12, 2019, during a demonstration against a proposed Chinese extradition bill. The Diocese of Hong Kong issued a statement June 11 urging the city’s government “not to rush to amend” its controversial extradition treaty. (CNS photo/Tyrone Siu, Reuters)

PREVIOUS: US deal on migration crackdown questioned by Mexican church

NEXT: As Sudan attacks protesters, African cardinal calls for restraint