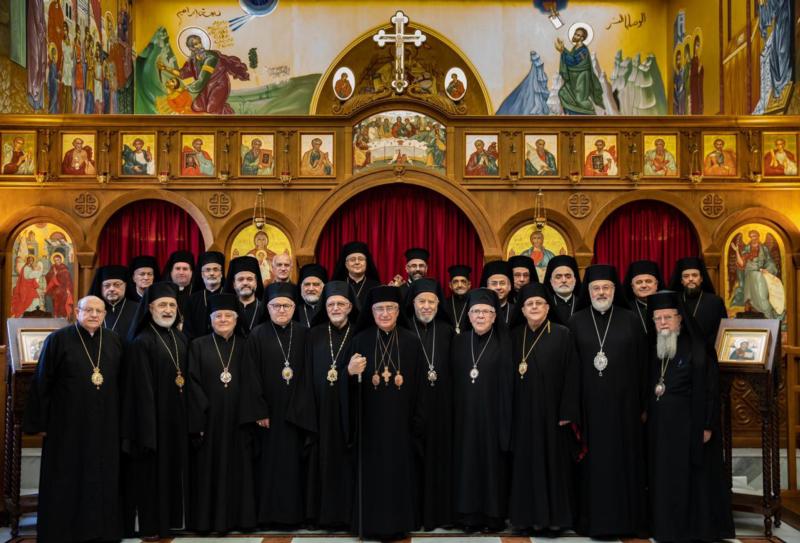 BEIRUT (CNS) — Melkite Catholic bishops from around the world, gathering in Lebanon for their annual synod, called for reconciliation and peace in Syria.

“In Syria, the war is almost over, but the horizon is unclear,” the bishops said in a statement following the June 17-21 gathering, which was led by Melkite Catholic Patriarch Joseph Absi.

The bishops stressed that economic sanctions “are weighing on people day by day.”

The prelates demanded that “the countries involved in the war stop fueling conflict,” and urged the world’s leaders to strive for reconciliation and peace in Syria.

In seeking peace, the bishops called on the faithful “to trust the promising future and steadfastness in their blessed homelands, which have witnessed the formation and prosperity of the church.”

In the Middle East, the bishops lamented that they “feel the uncomfortable atmosphere that prevails in most of the countries where we have a presence.”

The bishops also commended the “A Document on Human Fraternity for World Peace and Living Together” signed in February in Abu Dhabi by Pope Francis and Sheikh Ahmad el-Tayeb, grand imam of al-Azhar, a leading religious authority for many Sunni Muslims around the world. They said the document promotes “the values of tolerance, justice, goodness, beauty and reconciliation among all believers in religions and between believers and unbelievers.”

Regarding Syrian refugees in Lebanon, the Melkite bishops called for “more unity and coordination to facilitate their return and, until then to help them live in dignity and peace.”

The United Nations High Commissioner for Refugees in its most recent report said nearly 1 million refugees live in Lebanon, but that thousands more who are not registered are in the small nation.

Lebanon, in which one of six people is a refugee, has faced severe economic and social strains as it hosts the world’s highest concentration of refugees per capita.

NEXT: Syriac Catholic bishops optimistic amid dispersion of their faithful