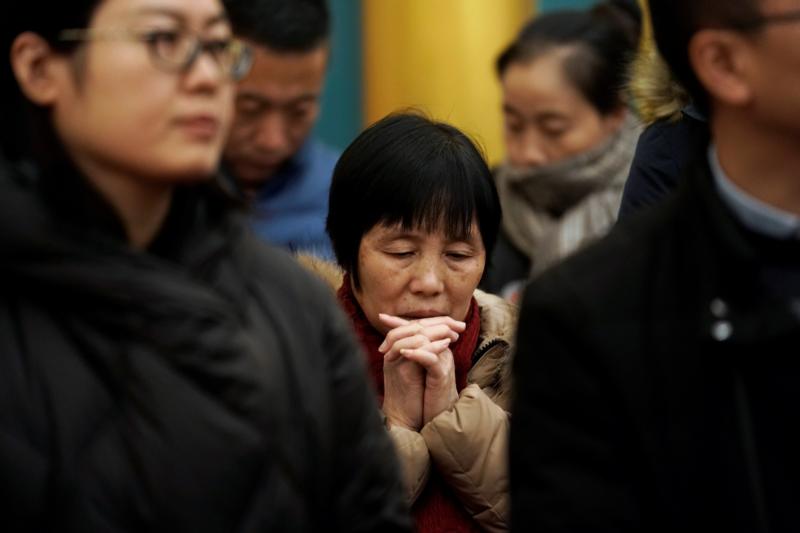 MELBOURNE, Australia (CNS) — China’s ruling Communist Party continues to persecute at least half of China’s more than 12 million Catholics despite last September’s agreement with the Vatican on the appointment of bishops.

As well as holding at least two bishops and several other clerics in prison, there is growing evidence that Chinese officials are attempting to force followers of the so-called “underground church” — which makes up about 50% of China’s Catholics and who are loyal only to Rome — to join the state-run Chinese Catholic Patriotic Association.

Under President Xi Jinping, China is undergoing a process of so-called sinicization of all religion, especially Christianity and Islam, or making religion fit better with Chinese and Communist Party culture.

The association and the Chinese bishops’ conference are not recognized by the Vatican despite last year’s deal, the details of which remain secret, a fact that observers view as problematic for the church.

“They (underground worshippers) are being told that, under the terms of the new Sino-Vatican Agreement, they are required to join the CCPA,” said Steven Mosher, a longtime China-watcher who heads the Population Research Institute based in Front Royal, Virginia.

Mosher said Cardinal Pietro Parolin, Vatican secretary of state, told him last year that Vatican officials did not object to having priests and bishops register with the government. “This has been misrepresented by the (Chinese Communist Party), but there is no way for the underground church to know this because the agreement is secret,” he told Catholic News Service.

Mosher called on the Vatican to make terms of the agreement public so that it is clear what the Chinese government and Vatican officials have agreed to carry out while revealing the leading role of the Communist Party’s United Front Department in naming bishops.

All parishes of the Diocese of Fuzhou have been “asked” to join the CCPA, with some of their priests allegedly banned from leaving China, sources told ucanews.com. When approaching Fuzhou Diocese, government officers reportedly cited how the Diocese of Mindong had already agreed to fall under its wing.

The news site quoted locals as saying there was still considerable opposition to the idea of merging the government-recognized open church with the so-called underground church and that mainland sources said there is widespread concern that the CCPA violates church doctrine.

It added that several sources on the mainland expressed concern that these are not isolated cases but merely the beginning of a national movement that will see all dioceses eventually controlled by the CCPA.

Meanwhile, the Vatican continues to devote attention to improving relations with China’s government.

Cardinal Parolin, the chief architect of the deal with Beijing, gave a rare interview to Chinese state-run media in early May. A report on the interview appeared only in the English-language version of the nationalist tabloid Global Times, a sign, some observers said, that it was intended for international rather than domestic consumption.

“The channels of communication are working well,” Cardinal Parolin said in the interview. While he made no specific mention of continuing restrictions on and mistreatment of Chinese Catholics, the cardinal acknowledged that “many questions still need to be addressed and we are facing them with willingness and determination.”

Still, he said, “there are elements which demonstrate an increased trust between the two sides. We are inaugurating a method which appears positive and which will still have to be developed over time, but which, for now, gives us hope that we can gradually arrive at concrete results.”

On May 22, Pope Francis sent a message to Chinese Catholics ahead of the feast of Our Lady of Sheshan, an important date in the Chinese Catholic calendar, that appeared to acknowledge the trials of Chinese Catholics. His message said he felt a “special closeness to and affection for all the Catholics in China, who, amid daily labors and trials, continue to believe, to hope and to love.”

Speaking directly to the faithful in China, the pope said, “May our heavenly mother help you all to be witnesses of charity and of fraternity, always remaining united in the communion of the universal church.”

Still, the Communist Party’s latest physical target in what is now a multiyear program of removing crosses and demolishing churches, appears to be Hebei province, which surrounds the capital Beijing and is estimated to be home to as many 1 million Catholics. Dozens of churches reportedly were targeted for destruction, including “official” churches.

In early May, local authorities were reported to have begun demolition of a church in the Diocese of Handan which had been warned that there are at least 24 churches that “have no building permits” and would destroyed, according to Asianews.it.

The report cited one pastor explaining that, “at the beginning of the construction of the church, we filed the request and we also obtained permission from the Religious Affairs Office of the village, the municipality and the county. Now they say that it is no longer valid!”

There have been reports in recent years of cross removal and desecration and destruction of churches in the provinces of Zhejiang, Hebei, Henan, Guizhou, Shaanxi, and Shandong.