Vatican names Filipino boy who died at 17 Servant of God 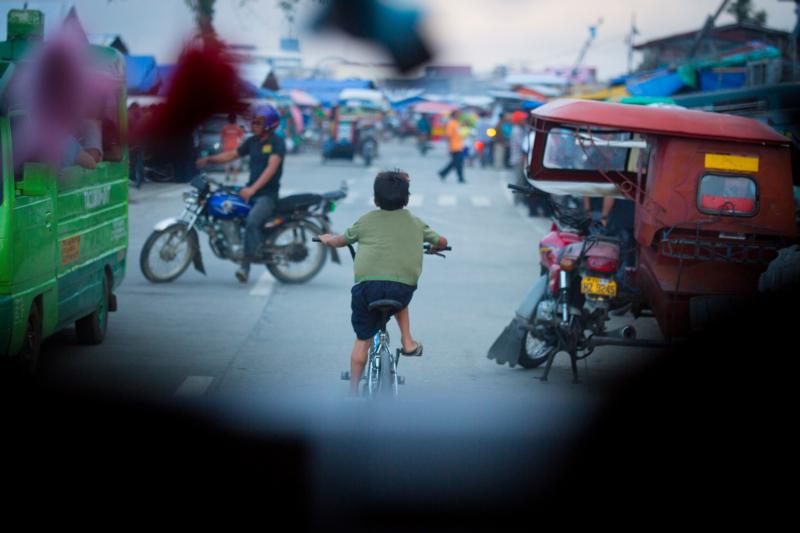 In this 2014 file photo, a boy rides his bike in the streets of Tacloban, Philippines. Darwin Ramos, a Filipino teenager who died in 2012 at the age of 17, could be on his way to sainthood after the Vatican declared him a Servant of God in March. (CNS photo/Tyler Orsburn)

MANILA, Philippines (CNS) — A Filipino teenager who died could be on his way to sainthood after the Vatican declared him a Servant of God, the first step in the process toward sainthood.

The Congregation for Saints’ Causes gave the Diocese of Cubao, Philippines, the green light to look into the life of Darwin Ramos who died in 2012 at the age 17.

Cardinal Angelo Becciu, the congregation’s prefect, made the declaration in March, but it was only made public in Manila May 31, ucanews.com reported.

“The Vatican has given us the go signal to go deeper into his life, how he lived his faith and how he gave witness to Jesus to whom he was very close,” Bishop Honesto Ongtioco of Cubao said.

The bishop said the Vatican declaration reminded Catholics that “we are invited to give witness to our faith in concrete ways.”

The prelate started the process for the beatification of Ramos at the request of the Friends of Darwin Ramos Association.

The process for sainthood starts with the examination of a candidate’s life. A person can only be beatified upon verification of a miracle attributed to his or her intercession. Other steps toward sainthood are declarations of Venerable, followed by beatification and finally canonization.

Ramos’ friends have praised his devotion to his faith even as he battled Duchenne muscular dystrophy, a genetic disease characterized by muscle weakness.

“Darwin is an example of holiness. Being a street child, afflicted with myopathy, he is closely united with Christ in his suffering and joy,” Bishop Ongtioco said.

Ramos was born in 1994 in the slums of Pasay City on the outskirts of Manila. At the age of 12, he volunteered to help street children through the foundation “Tulay ng Kabataan” or Bridge of Children.

After he discovered his faith, he was baptized and confirmed and received his first Communion in 2007.

Even as his physical condition deteriorated, Ramos became an inspiration to the staff and children at a center operated by the foundation.

Bishop Ongtioco said Ramos developed a “deep personal relationship with Christ,” taking time every day to pray and entrust himself to God.

In 2012, Ramos’ condition worsened, but even in the hospital, he maintained his friendly attitude and thanked everyone for helping him.

He died at the Philippine Children’s Medical Center in Quezon City Sept. 23, 2012.

NEXT: U.N. declares special day to remember victims of violence against religion