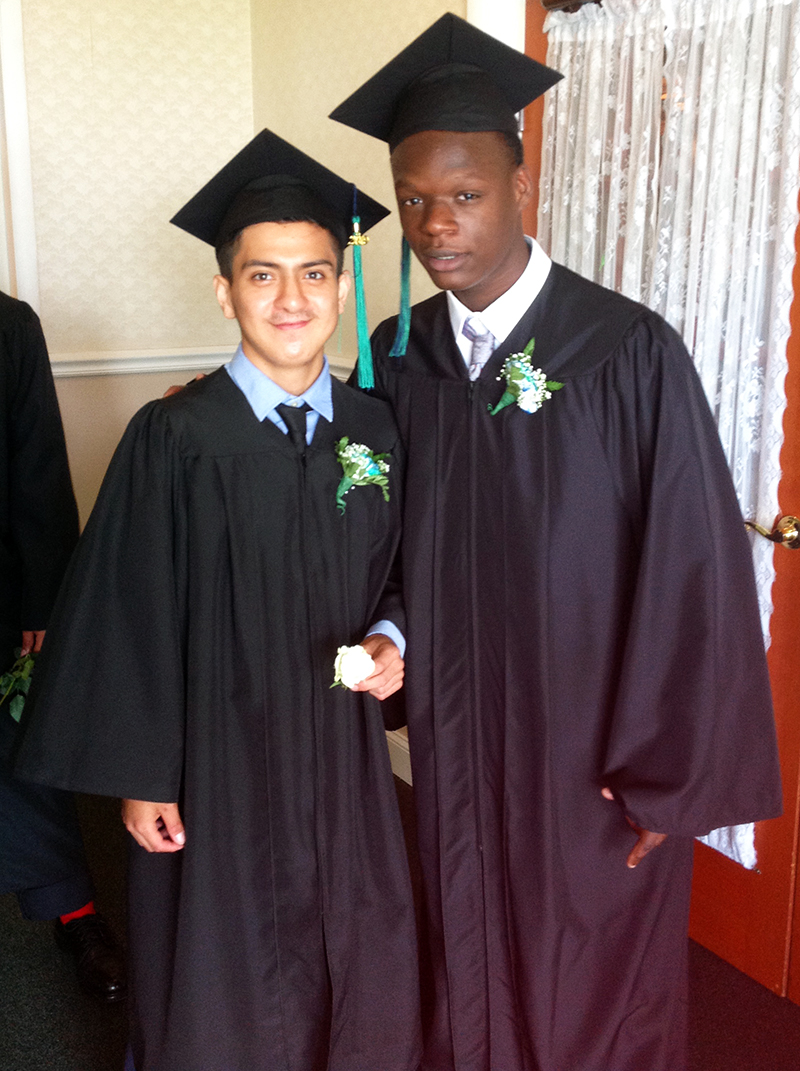 Graduates from kindergarten through college have been honored throughout the Philadelphia Archdiocese over the past several weeks.

One of the smaller and more intimate celebrations was the commencement ceremony held June 20 at Bensalem’s Maltese Room for 13 high school graduates from the St. Francis-St. Joseph and St. Vincent Homes for Children.

Technically speaking, while all were residents of the institutions, the diplomas came from a variety of high schools. Darwin Escaleras, Ubaidullah Mohammad, Michael Putro, Donyae Jarmon-Austin, Angel Weeks and Marquan Hampton-West all graduated from St. Katharine Drexel School, the state-certified high school program at the St. Francis-St. Joseph campus in Bensalem.

“I want to thank the staff who believed in me for their ongoing and continued support,” Patterson said. “I’m thanking them further for believing in me and wanting to see me succeed.”

(Related: “Meet the guys grateful for a second chance in Catholic homes”)

St. Francis itself was founded in 1888 by Elizabeth Drexel Smith, Katharine Drexel (now St. Katharine Drexel) and Louise Drexel Morrell as St. Francis Industrial School — named in memory of their late father, Francis Drexel, who had been a generous supporter of orphanages. Elizabeth died shortly after the school’s founding, while Katharine entered the convent. For more than half a century, although a diocesan institution, the school was funded entirely by Louise Morrell.

With a capacity of 250, it was a designed to be a vocational training school for boys 12-16 who had aged out of St. John’s Male Orphan Asylum. At the time, preteen boys from working class families were expected to quit school and go to work rather than continue their education in high school.

St. Francis still operates under the charter of St. John’s, which traces back to a small Catholic orphanage established in 1797, when Philadelphia was gripped by a series of yellow fever epidemics that killed more than 10% of the population and orphaned many children.

Over time, this outreach grew into an archdiocesan system of more than a dozen Catholic institutions for boys, for girls, for specific age groups and for specific nationalities, in addition to homes for delinquents, children with disabilities and hundreds of children in foster care.

When 20th-century programs such as Aid to Families With Dependent Children and food stamps emerged, the need for orphanages essentially disappeared, a trend that has continued since social service professionals now favor foster care, regarding institutional care as a very last resort.

St. Francis is, in many respects, the last of its kind in the archdiocese. It is now co-educational, having absorbed St. Joseph’s Home for Boys, St. Vincent Home in Tacony and Catholic Home for Girls, among other institutions.

The organization’s current capacity is about 120, with approximately 80 adolescent boys and 40 adolescent girls, according to Jim Logan, administrator of St. Francis-St. Joseph. The home serves adolescents who for various reasons have had difficulty adjusting to foster care and require more intense and more therapeutic service, as well as an education.

Although most adjudicated youth served by the archdiocese are at St. Gabriel’s Hall in Audubon, some of the teens at St. Francis-St. Joseph and St. Vincent have been also court-committed for delinquency.

Logan estimates that the home’s specialized program, which is tailored to each teen’s needs, costs approximately $200 per day, per student.

The majority of the St. Francis-St. Joseph and St. Vincent residents live on the original St. Francis campus, but not in the huge building erected by the Drexel sisters. Instead, students live in a cluster of small, family-like group homes. Other such homes are located in the city’s Chestnut Hill and Germantown sections.

Residents may attend school on campus or in neighborhood schools. In some cases, especially those in the outlying group homes, they may continue at the schools they attended before being admitted to the program.

At its foundation and through most of its history, the population of St. Francis was almost entirely white, for the very simple reason that most Catholic children in the Philadelphia area were white. Now, the St. Francis-St. Joseph and St. Vincent Homes accept children of all faiths, and most of the residents are African-American.

The homes are also expanding to serve growing immigrant populations. In recent years, one of the nearby satellite homes has been renamed Romero House, and has been dedicated to serving unaccompanied refugee minors assigned by the immigration courts. These youths typically come from South America, Africa and the Middle East. They are on a path they hope will lead them to become citizens or permanent residents of the United States.

“They really want to be in the program and in the United States, and their success is due to the graduates who have already gone before them,” Logan said.

Another similar house is scheduled to open in the convent of the former Our Lady of Fatima Parish, Bensalem. This facility will house unaccompanied minors from Central America who do not yet have legal status, and are awaiting immigration court decisions on whether they will be allowed to remain in the U.S.

“At least they have a decent place to stay while they are waiting, although the hope is they will be permitted to stay,” Logan said.

Somewhere in heaven, Louise Morrell must be looking down and smiling, with her sisters Elizabeth and Katharine nodding in agreement. 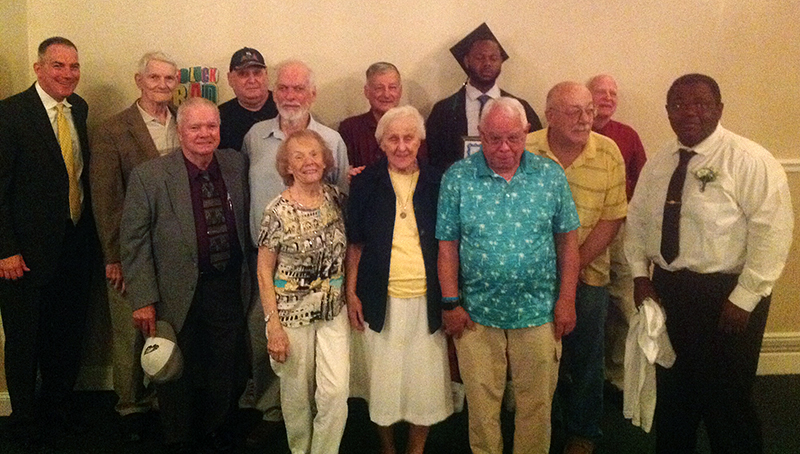 Members of the Friends of St. Francis, the alumni association of the St. Francis-St. Joseph and St. Vincent Homes, celebrate with the school’s latest graduates at a June 20 ceremony. (Photo courtesy of Jim Logan)

PREVIOUS: Meet the guys grateful for a second chance in Catholic homes

NEXT: Retreats show how God shines through ‘perfectly imperfect’ people