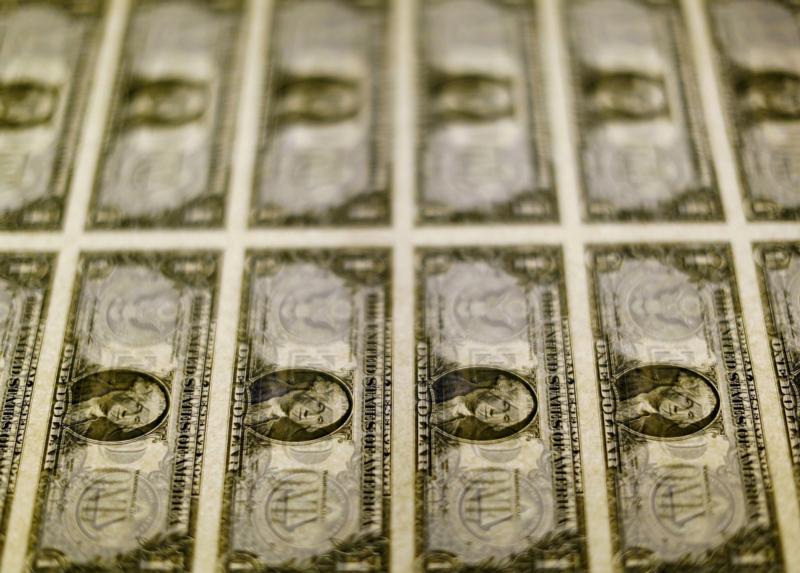 In this 2014 file photo, U.S. money is seen on a light table at the Bureau of Engraving and Printing in Washington. The U.S. Department of Health and Human Services announced July 15, 2019, it would begin implementing the Trump administration’s “Protect Life Rule” to bar Title X funds from being used for promoting or providing abortion as family planning. (CNS photo/Gary Cameron, Reuters)

WASHINGTON (CNS) — The U.S. Department of Health and Human Services announced July 15 it would begin implementing the Trump administration’s “Protect Life Rule” to bar Title X funds from being used for promoting or providing abortion as family planning.

On July 11, the U.S. Circuit Court of Appeals in a 7-4 decision said that even as court cases challenging it proceed, the rule can take effect. The ruling of the San Francisco-based court let stand its June 20 decision lifting injunctions blocking enforcement of the rule.

An emergency stay had been sought by some abortion rights advocates, including Planned Parenthood, and by 20 U.S. states and the District of Columbia.

“We are greatly encouraged to see the 9th Circuit rule in favor of allowing President Trump’s Protect Life Rule to take effect while it continues to be litigated,” said Marjorie Dannenfelser, president of the national pro-life group Susan B. Anthony List.

“A strong majority of Americans have consistently voiced their opposition to taxpayer funding of abortion — it is even unpopular among Democrats and self-described pro-choice Americans,” she said July 15. “Without reducing Title X funding by a dime, the Protect Life Rule simply draws a bright line between abortion and family planning, stopping abortion businesses like Planned Parenthood from treating Title X as their private slush fund.”

Represented by the Thomas More Society, a pro-life law firm based in Chicago, the Susan B. Anthony List has filed friend-of-the-court briefs in support of the Protect Life Rule and the federal government in the cases brought against it.

Dannenfelser noted that the nearly three decades ago, the U.S. Supreme Court upheld similar regulations and is optimistic the Trump administration’s rule will prevail in the courts.

Jeanne Mancini, president of March for Life, also welcomed the news the rule can take effect.

“Abortion is neither health care nor family planning and therefore should not be funded by the Title X program. This regulation helps to get taxpayers out of the abortion business, without cutting resources for those in need, and is a victory for all Americans,” she said.

Kristan Hawkins, president of Students for Life of America, also praised the action by the 9th Circuit.

“Implementing the Protect Life Rule makes sense when you consider all the funds misused by abortion vendors to sell abortions to unsuspecting women,” she said. “Planned Parenthood has violated the spirit of the Title X family planning program for years by collecting millions of dollars while they marketed abortion.”

Hawkins added, “Pregnancy is not a disease cured by abortion, and ending the connection between abortion and family planning is a victory for commonsense health care.”

According to the HHS Office of Population Affairs, the Trump administration’s Protect Life Rule is based on the most accurate interpretation of the Family Planning Services and Population Research Act of 1970, which enacted Title X. Section 1008 of this act states that “none of the funds appropriated under this title shall be used in programs where abortion is a method of family planning.”

HHS said the rule requires “clear financial and physical separation between Title X funded projects and programs or facilities where abortion is a method of family planning. This separation will ensure adherence to statutory restrictions, and provide needed clarity for the public and for Title X clinics about permissible and impermissible activities for Title X projects.”

Americans United for Life’s president and CEO, Catherine Glenn Foster, said in a July 16 statement that under the rule, “no physician in America is being stopped from referring a patient for an abortion — they just can’t demand taxpayer funding to do so.”

“Planned Parenthood and others want to use public Title X funds to support their abortion services in blatant disregard of Congress explicitly and statutorily excluded abortion from the scope of Title X projects and funding,” she added.

In a poll commissioned by Students for Life of America and conducted by The Polling Company/Woman Trend, 18- to 34-year-olds said they preferred that their tax monies go to Federally Qualified Health Centers — a government designation for centers that provide comprehensive health care services to underserved communities — rather than to Planned Parenthood.

The Protect Life Rule’s restrictions are like what President Ronald Reagan put in place in 1988. Planned Parenthood of New York City immediately challenged the regulations, claiming the denial of public funds violated their constitutional rights of free speech because the rules included a prohibition on abortion referrals.