Pastoral Migratoria trains other dioceses how to accompany new immigrants 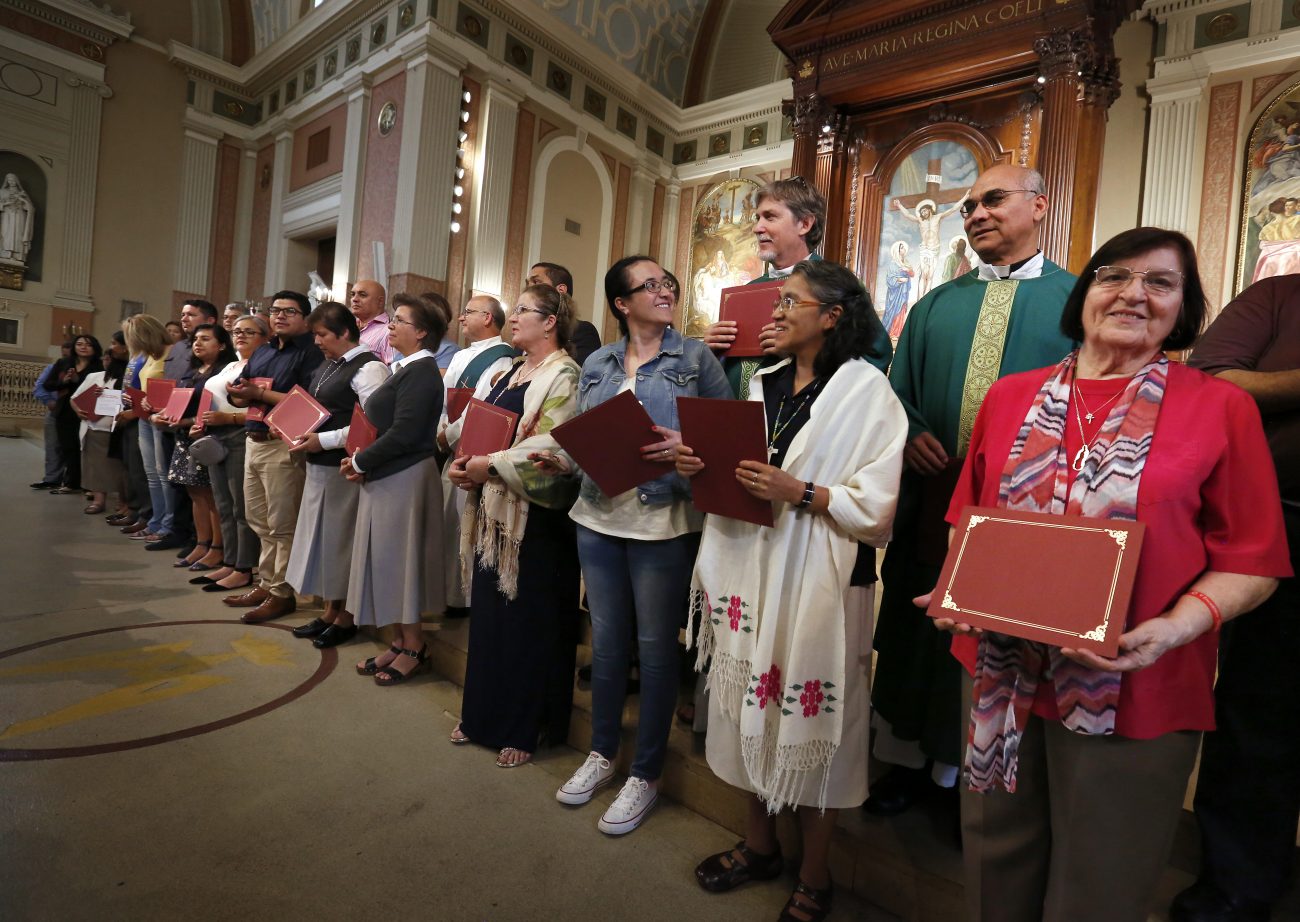 CHICAGO (CNS) — More than two dozen representatives from 13 dioceses around the United States joined regulars from the Archdiocese of Chicago outside the U.S. Immigration and Customs Enforcement detention center in Broadview, a suburban Chicago town, to pray the rosary on a recent Friday.

The group was from Instituto Pastoral Migratoria, the second annual workshop to train diocesan, pastoral and lay leaders to start their own ministries based on the archdiocese’s immigrant-to-immigrant ministry, which started in 2008.

The parish-based Pastoral Migratoria uses Catholic social teaching to train immigrants to support people in their own parishes.

“In the Old Testament, God clearly and consistently urges hospitality and generosity toward the stranger and the Catholic Church welcomes migrants and stands in solidarity with them,” Chicago Cardinal Blase J. Cupich told the attendees.

“Instituto Pastoral Migratoria answers the call for us all to return to our baptismal and ancestral heritages to support the human rights of all people and provide them pastoral care, human dignity and social support, no matter what the circumstances of entry into this country, especially for those who find themselves in desperate circumstances,” he said.

He called it “an honor the USCCB recognizes Pastoral Migratoria as a best practice for immigrant leadership development and missionary discipleship.”

Most of the July 12 prayer vigil at the ICE facility was conducted in English, by immigration attorney Royal Berg, who was at the first such vigil in December 2006. Recalling that first event, Berg said there was a snowstorm that day and he called everyone he knew who planned to come to tell them not to; road conditions were too dangerous.

But he showed up just in case someone else came, and found two students from Nazareth Academy, a Catholic college prep high school, and their father waiting. They all stood in the mounting snow in front of the center and prayed the rosary together.

When they finished, an ICE worker opened the door and said their prayers had been answered; the snowstorm closed O’Hare International Airport and there would be no deportations from the center that day.

When Berg shared the news with Mercy Sisters Pat Murphy and JoAnn Persch, who had planned to come that day, and suggested they make it a monthly event, the sisters said no. They would be there every week, welcoming all who wanted to pray for the people being deported and their families, as well as for ICE workers and public officials, that they treat people with dignity and have a change of heart and mind on immigration policy.

From that group has grown the Interfaith Committee for Detained Immigrants, whose members visit detainees in county and private jails in Illinois and Wisconsin and help those who are released find transportation to family members or friends or find housing.

Detainees are no longer deported directly from the center in Broadview, which is west of downtown Chicago. Now people detained in the Chicago area are processed there and sent to be held elsewhere.

Father Eric Cruz, Catholic Charities director of services for the Bronx, a New York City borough in the Archdiocese of New York, said the archdiocese is one of a handful of dioceses across the country already on the path to replicating Pastoral Migratoria. The others include Kansas City-St. Joseph and Stockton.

Father Cruz said he was heartened to see more dioceses and more young adults at this year’s workshop.

“Really, the most effective method for getting dioceses involved is word of mouth,” the priest told the Chicago Catholic, Chicago’s archdiocesan newspaper. “People are hearing about this and they want to hear more.”

Benito Medrano, the Hispanic ministry coordinator for the Diocese of Fresno, said the Central Valley where they serve “is full of migrant workers.”

The diocese is blessed with women religious who minister to them, but a model like Pastoral Migratoria could allow more Catholics to get involved, he said.

Claudia Bartolini, coordinator of resource development for the Archdiocese of Washington’s Office of Cultural Diversity and Outreach, said she attended the institute to learn how her archdiocese can better support immigrants.

During the institute, attendees also visited some of the 40 parishes in the Chicago Archdiocese where Pastoral Migratoria exists and attended an evening restorative justice peace circle.

PREVIOUS: Curriculum adapts some aspects of theology of body for younger grades