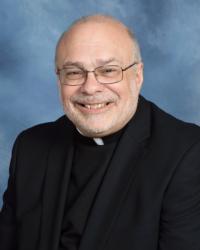 CINCINNATI (CNS) — A grand jury returned a nine-count indictment of rape against a Cincinnati archdiocesan priest Aug. 19 for crimes committed when he was a parish music director, prior to ordination.

The priest, Father Geoff Drew, was removed July 23 as pastor of St. Ignatius of Loyola Parish in Cincinnati when more recent and less severe allegations against him were made known to the archdiocese.

Father Drew is charged with raping an altar boy from St. Jude Parish in the Cincinnati suburb of Bridgetown. The incidents are said to have occurred about 30 years ago. Father Drew was music director at the parish from 1984 to 1999. He was ordained a priest in 2004.

An Aug. 20 statement from the archdiocese said it was not made aware of the rape allegations until after Archbishop Dennis M. Schnurr of Cincinnati removed Father Drew from his pastorate. “We have fully cooperated with this investigation and will continue to do so,” the statement said.

According to the Cincinnati Enquirer daily newspaper, a grand jury in Hamilton County, which includes Cincinnati, interviewed the priest’s accuser — now 41 years old — who outlined a series of incidents that he said occurred over a two-year period sometime between 1988 and 1991.

Father Drew was removed from his role as pastor after complaints came to light about inappropriate conduct both at St. Ignatius, where he had been pastor for one year, and his previous assignment at St. Maximilian Kolbe Parish in 2013 and 2015. The behaviors cited with minors included texting and patting a leg above the knee.

St. Ignatius parishioners, at a meeting in July after his removal, were upset the archdiocese had not disclosed the earlier complaints when Father Drew applied for the pastorate.

A letter detailing the complaints was sent to Archbishop Schnurr, church officials turned the letter over to civil authorities and the priest was removed as pastor.

Deters said at the news conference confirmed investigators were notified about the priest’s inappropriate conduct, but determined it did not meet the standard of criminal activity. However, Deters said, the former altar boy’s accusations are different and what led to the indictment.

In an interview in early August, Archbishop Schnurr told The Catholic Telegraph, newspaper of the Cincinnati Archdiocese: “In the past, if investigators found that there was no criminal activity, the issue was dropped. In light of what I saw being reported relative to (former Cardinal Theodore McCarrick) last year, I knew this action was not enough.”

Bishop Binzer was removed as director of priest personnel and he also is no longer a member of the U.S. Conference of Catholic Bishops’ Committee on Child and Youth Protection. In the wake of the allegations against Father Drew, the archdiocese has revamped its internal reporting and notification procedures.

After placing Father Drew on a leave of absence in July, the archdiocese ordered him to undergo comprehensive physical, psychological and spiritual evaluation at an independent, in-patient treatment facility outside of the Archdiocese of Cincinnati.

“The protection of young people is of paramount importance and can never be compromised,” the archdiocesan statement said. “Let us continue to pray for the healing of all victims of the horrific sin of sexual abuse.” It asked anyone with information about Father Drew to contact the Cincinnati police’s personal crimes unit.

If convicted on all charges, Father Drew could face life in prison.