In Week 1 of Catholic football, local teams show their grit 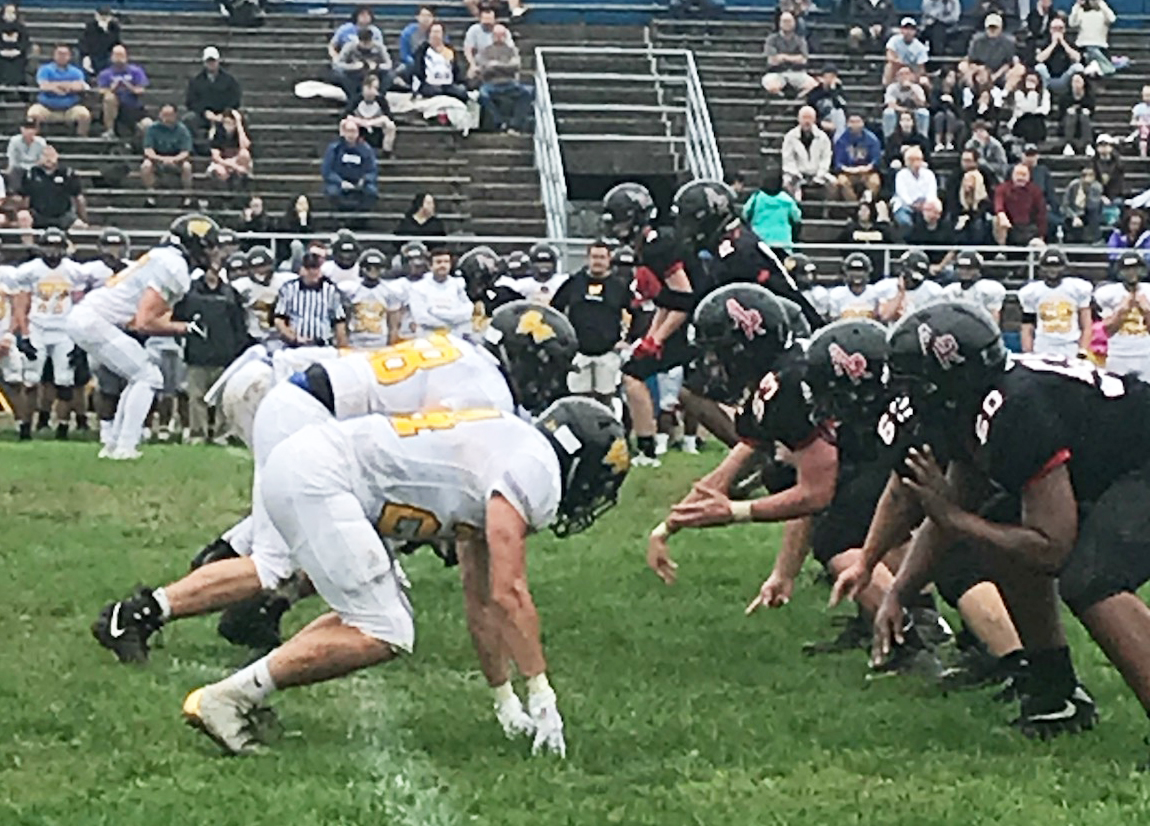 If the first weekend of non-league high school football is an accurate indicator, several Catholic League teams might prove to be juggernauts.

Of the league’s 10-2 record (that includes a Catholic vs. Catholic non-league tilt), the arguable “game of the week” was La Salle’s 15-9 victory over Imhotep, a program that lost in last year’s PIAA Class 4A state championship.

“It’s very important to start off the season with a win,” said La Salle senior quarterback Jack Machita. “It felt good beating them this year and getting revenge from losing to them last year.”

Machita was ecstatic to once again be fully healthy. After losing all but two games last year because of a broken right thumb on his throwing hand, Machita completed 10 of 17 passes for 56 yards and a game-winning, 15-yard touchdown toss to junior Tim Mehlmann midway through the fourth quarter. He also rushed for 40 yards.

While erasing a 12-3 halftime deficit, the Explorers held Imhotep to 74 yards rushing. With Imhotep driving and facing a must-make fourth down inside the final two minutes, La Salle senior Ryan Savage broke through and tripped Imhotep’s quarterback before he could run.

“Personally, it was great to be out there competing with my teammates again,” said Machita. “Right now, we are looking forward to our next opponent (at North Penn, 7 PM Friday) and we are taking it week by week.”

It took Roman Catholic until the final game of last season to capture a victory. In the first quarter of their game at Pope John Paul II, it appeared that last year’s disappointment had unfortunately followed the Cahillites. Roman trailed by 26-0 and didn’t show much of an early pulse.

Then came one of best comebacks in school history. The Cahillites outscored PJP by 47-20 the rest of the way for an epic 47-46 victory.

“For my first varsity start, to do such a thing with my brothers, it was just awesome,” said Pope. “We have been working since the beginning of the year and we knew we were going to just outwork them.”

With the game on the line inside the final two minutes, Roman’s defense utilized two sacks and two incompletions to clinch the storied rally.

“Coach told us we were going to overcome adversity, and that’s what we did,” said Harris. “We never gave up. We played to the last whistle. That’s how we were successful in the end.”

Lansdale Catholic rode the strong legs of senior Danny Dutkiewicz to a 44-42 win over Father Judge, a rare victory for a Blue Division squad over one from the Red Division. Picking up where he left off after a first-team All-Catholic campaign as a workhorse junior, Dutkiewicz carried 19 times and amassed 184 yards and three touchdowns.

“This win is really gonna help,” said Dutkiewicz. “LC football is back.”

Conwell-Egan toppled Martin Luther King, 24-14, as junior Sincere Thomas gained 159 yards and scored a touchdown on only 11 carries. The Eagles rushed for 290 yards and averaged seven yards per carry.

“It was a key win for us to start off the year,” said senior Chris Majors, who joined junior Sean Reilly with key interceptions. “We have a lot to prove. We have to really stay focused and work together as a team.”

On defense, juniors Malachi Hansen and Albert Marshall each had one interception. Senior Tyler Aston forged a game-clinching sack on Haverford’s final possession.

Senior Lonnie Rice was a one-man wrecking crew in Bishop McDevitt’s 35-21 win over Central. The quarterback carried the ball 18 times and finished with 182 yards and four touchdowns. He also helped account for the other Lancer score, a scoring strike to sophomore Emmanuel Sia (3 catches, 86 yards), who accounted for almost half of Rice’s 160 passing yards on 11 completions.

West Catholic was twice as productive as School of the Future. The Burrs’ 48-24 triumph was fueled by a number of standouts, particularly senior Nelson Mandela Mensah, who contributed three touchdowns by three different methods — a rush, a reception and an interception return.

NEXT: Boys’ soccer season opens with Roman’s 9-0 rout of Carroll