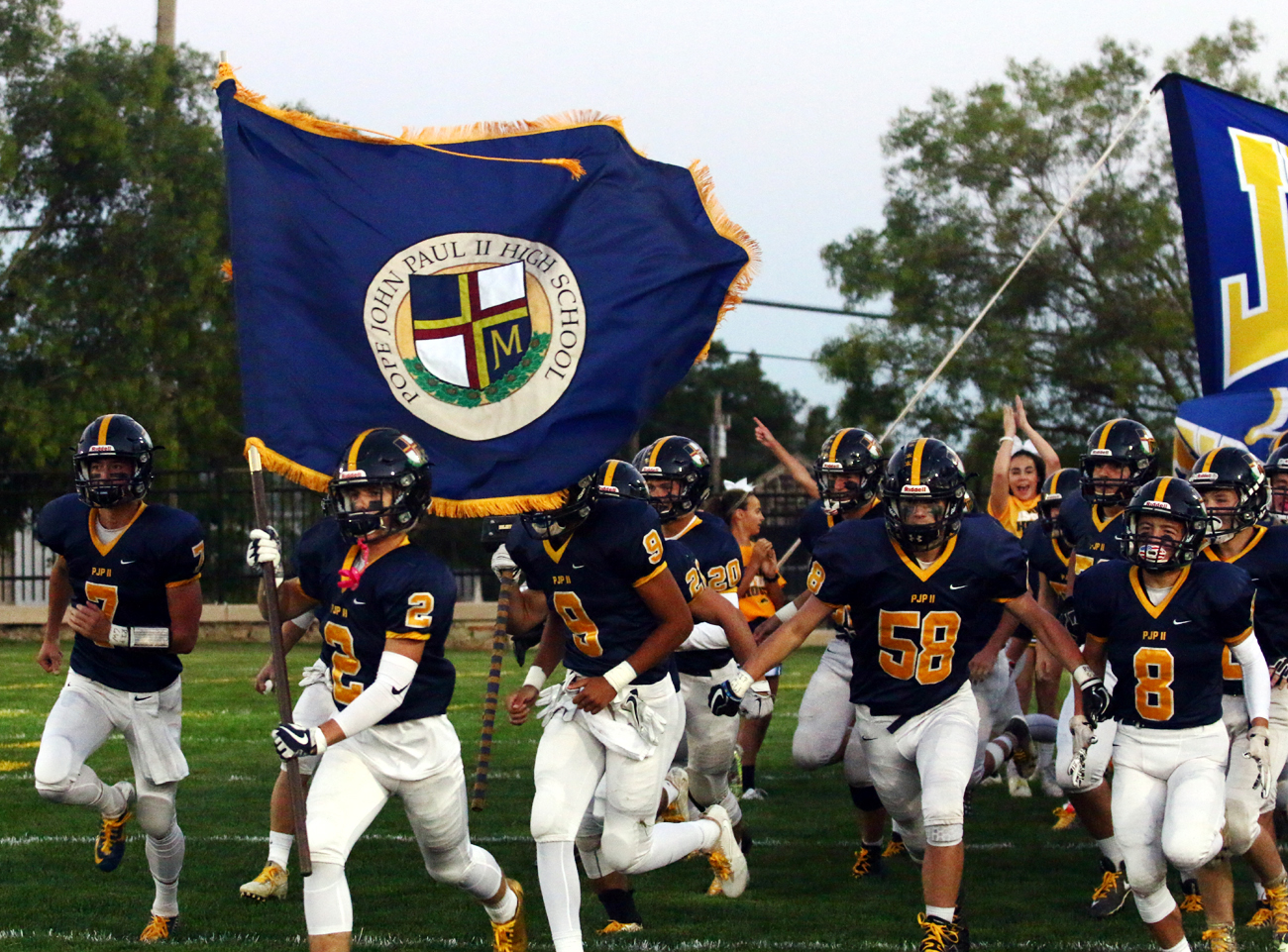 As part of PJP’s historic opening day of festivities, the team will unveil visitors’ side bleachers on the field. Prior to this season, bleacher seating was not available at the PJP field since its 2010 school opening. The unveiling marks the first phase in an ongoing project to improve athletic facilities on campus. The first phase of the bleacher project was fully funded through the most generous gift by a legacy alumni donor who wishes to remain anonymous.

The Aug. 24 game will mark the only time this season that the PJP Golden Panthers will officially play another archdiocesan football team.

The first 100 home opener attendees will be treated to giveaways.

Roman Catholic High School located in Center City, Philadelphia was founded by Thomas E. Cahill in 1890 as the first diocesan Catholic school in the nation.

NEXT: In Week 1 of Catholic football, local teams show their grit