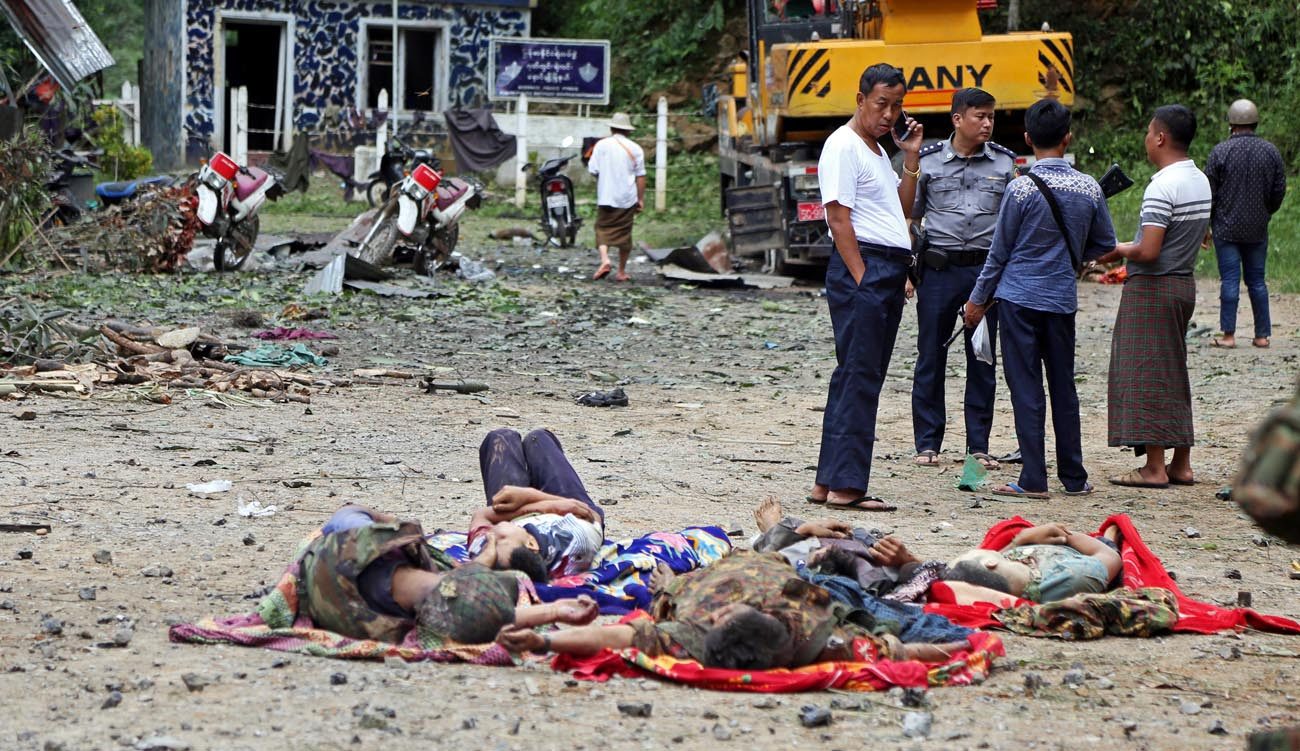 Bodies of victims, including police officers and soldiers, lie on the ground after an insurgent attack on the Myanmar-China major trading route in Nawnghkio, Myanmar, Aug. 15, 2019. About 1,000 people fled their homes and took refuge at religious sites as renewed fighting erupted in Myanmar's Shan state. (CNS photo/Reuters)

Aid workers said more than 300 people were sheltering at a Catholic church in a village in Hsenwi township Aug. 19, while 700 people were at Mansu Shan Buddhist monastery in the town of Lashio, reported ucanews.com.

A man identified only as Eddie, project coordinator of Karuna Lashio, a branch of Caritas Myanmar, said people started fleeing their homes and taking refuge at the church Aug. 17. Most, he said, were ethnic Kachins.

He said Caritas was arranging to send cash and food to the internally displaced people; agency staffers could not travel there due to roads being blocked by the authorities.

“We can’t tell exactly how long they (displaced people) need to stay in the church, as fighting has spreading in several townships,” Eddie told ucanews.com.

Gum Sha Awng, a spokesman for the Joint Strategy Team, an alliance of nine humanitarian groups, said fighting had erupted in northern Shan state Aug. 18 and was still continuing.

“We are monitoring the situation to respond to the relief works of new IDPs, but the blockage of routes has been our main challenge so far,” Gum Sha Awng told ucanews.com.

Clashes between the Myanmar military and Arakan Army have displaced more than 33,000 people in Rakhine and Chin states since November 2018.

NEXT: Pope at Angelus: Christians choose fidelity to Gospel over hypocrisy