Local events focus on everyone’s call to be missionaries 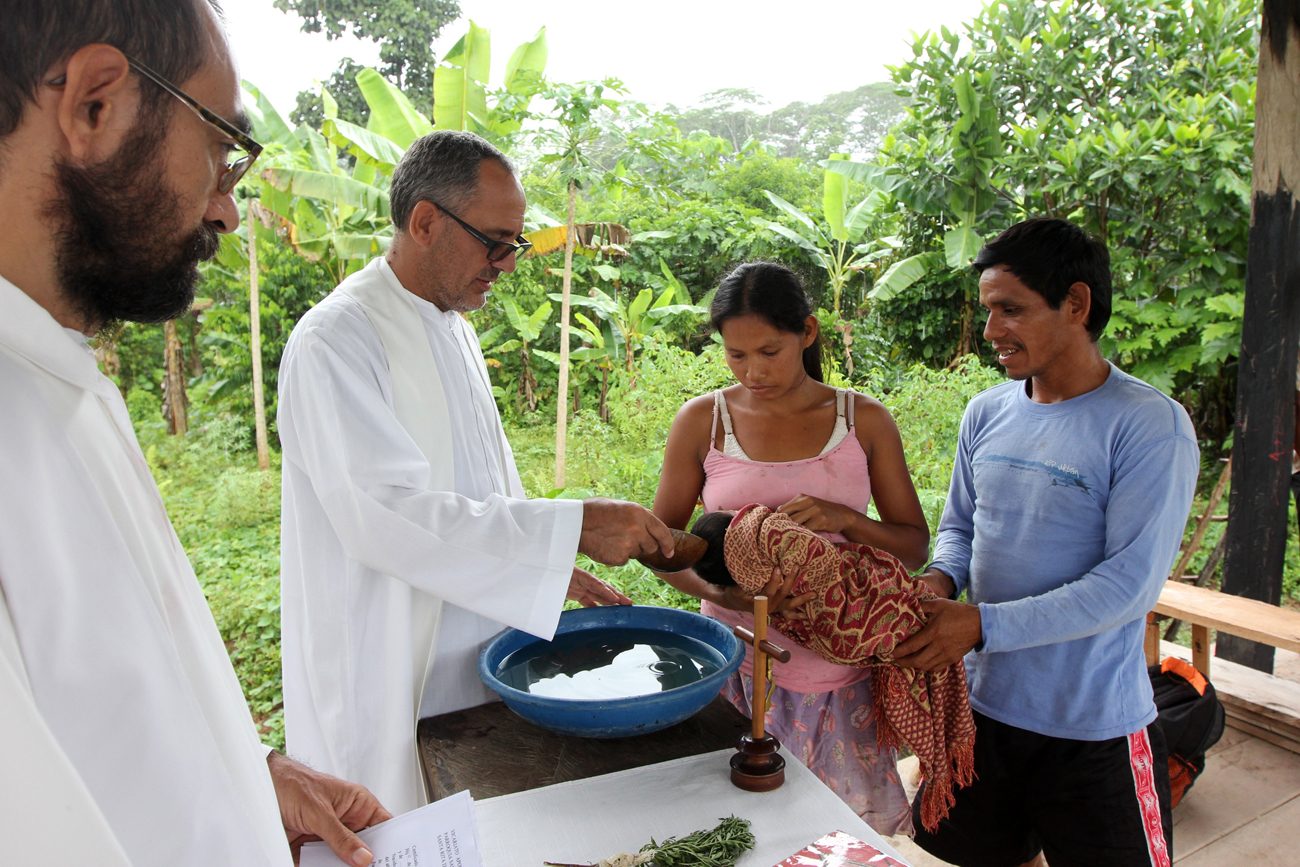 Sunday, Oct. 20 is a special day on the Catholic religious calendar because it is World Mission Sunday, but the entire month of October is dedicated to the missions.

“During this month of October, Pope Francis invites us — all of the baptized — to a personal encounter with Jesus Christ through prayer, meditation on the word of God, education and pilgrimage,” Archbishop Charles Chaput wrote in a letter to be shared with the faithful. “We move beyond the typical ‘heroic vision’ of missionaries and reinforce the transforming relationship between faith and the world to which we are called.

“Pope Francis reminds us that we are each ‘baptized and sent;’ we are all the Church on Mission in the World.’”

“Our approach is to activate in the people of God  an appreciation of their call to be missionaries, to be evangelizers to the church,” said Msgr. Arthur Rogers, the director of the Pontifical Mission Societies for the Archdiocese of Philadelphia.

Back when virtually every Catholic child in the archdiocese attended parochial schools, support for foreign missions was a very big deal.

“It was instilled in our children that they had to reach out to the missions and support the missions,” Msgr. Rogers said. “Now we are at a stage where we saying this has to be rejuvenated. We are at a time when we have lost a great many people because all are not working together to bring the Gospel to the people.”

There are, Msgr. Rogers estimated, about 1,100 dioceses throughout the world that are considered mission dioceses that need people’s support and prayers, but it is not only around the world, “it is in our own back yard,” he said.

Although October 2019 has been declared an Extraordinary Month of Missions by Pope Francis and it will be observed throughout the archdiocese, there are a number of special events that will be held at the Cathedral Basilica of SS. Peter and Paul, according to Michele Meiers, the assistant director of the Pontifical Mission Societies.

(Related: Watch a video of Pope Francis presiding over the start of the missionary month with a vigil and vespers at St. Peter’s Basilica in Vatican City.)

On Oct. 1 at 7 p.m. there will be a lecture on St. Therese of Lisieux, “How a Cloistered Carmelite Nun became a Patroness of the Missions,” presented by Cindy Burnett who credits her own conversion to St. Therese.

There is an almost forgotten connection between St. Therese and Philadelphia. Early in his career when Cardinal Dennis Dougherty was a missionary bishop to the Philippines he often prayed to the not yet canonized St. Therese because of her love of missions. He carried that devotion all his life, actively promoting her cause for canonization, which explains why so many Philadelphia churches from his era have a statue of St. Therese.

“We want all of the people to write their intentions and place them at the rosary which will be at the Shrine of Our Lady of Guadalupe,” Meiers said.

From Oct. 14 to 18 every day from 11 a.m. until 1 p.m. relics of missionary saints will be displayed in the Cathedral Chapel.

On Oct. 16 from 7 to 8:30 p.m. a documentary will be presented on Venerable (soon to be Blessed) Archbishop Fulton J. Sheen, who headed the national Society for the Propagation of the Faith for many years. One could also call him a patron saint for televangelists because of his extremely popular “Life is Worth Living” program that ran first on radio, then television, for many years.

On Oct. 17 at 1 and 7 p.m. there will be a talk at the cathedral by Father Jason Kulczynski, pastor of Holy Martyrs Parish in Oreland, on sacred relics and a display of relics from his own collection.

Finally, World Mission Sunday will be celebrated not only at the cathedral but in churches throughout the world on Oct. 20.

“The mission mandate touches all of us personally,” Pope Francis said in his World Mission Sunday message. “I am a mission, always; you are a mission always; every baptized man and woman is a mission.

“People in love never stand still: they are drawn out of themselves; they are attracted and attract others in turn; they give themselves to others and build relationships that are life-giving. As far as God’s love is concerned, no one is useless or insignificant. Each of us is a mission to the world, for each of us is the fruit of God’s love.

“Our mission,” the pope said, “is rooted in the fatherhood of God and the motherhood of the church. The mandate given by the risen Jesus at Easter is inherent in baptism: as the Father has sent me, so I send you, filled with the Holy Spirit for the reconciliation of the world.”

PREVIOUS: Once a refugee, he helps those in search of a better life

NEXT: Peace officers at Blue Mass respond to Gospel’s call to serve God