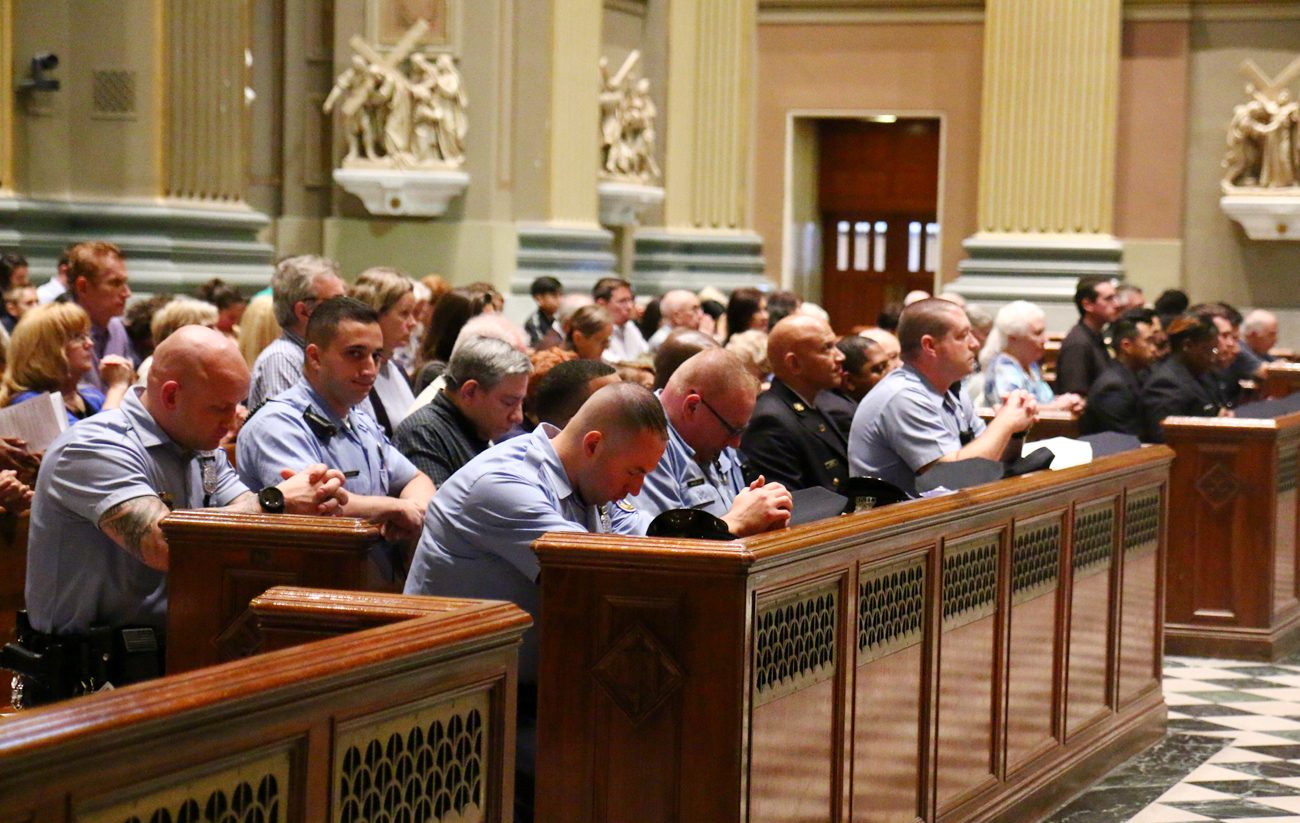 Some of Philadelphia's police, firefighters and other first responders gathered for a Blue Mass Sept. 22 at the Cathedral Basilica of SS. Peter and Paul.

The three-year cycle of Scripture readings for Mass provides a three-year course in the teachings of Jesus. The problem is the rigid schedule means the readings may not fit the occasion if it is a special Mass. Maybe alternative readings could be used instead.

Take for example Sunday, Sept. 22 when a Blue Mass in honor of police, firefighters and first responders was celebrated at the Cathedral Basilica of SS. Peter and Paul. The Gospel reading was from St. Luke, 16:1-13, which in its first half sounds like Jesus is complimenting the servant who is stealing his employer blind.

This reading may be a challenge for homilists. It may even be appropriate for a Mass for politicians, but definitely not for the peace officers at the Mass. They are the good guys and gals.

“When we are stressed, we need to lean on God, we know he is there for us,” Joseph Mazucca, a Philadelphia police officer in the 2nd District, said after the Mass.

John Lynch, a past president of the League of the Sacred Heart, the Catholic organization for police and other first responders, said, “My faith helps me with everything. When I was younger, I didn’t realize it. Then when I saw more of the world, I had to fall back to God especially to Jesus in the Sacred Heart and St. Michael the Archangel.” 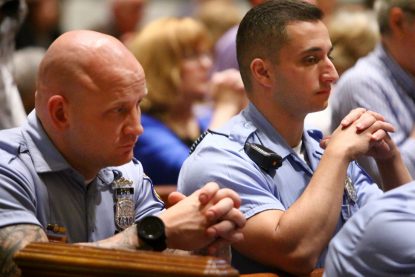 Last week’s Mass was in addition to the usual Blue Mass, explained Police Captain Lou Campione, another past president of the League and currently its treasurer. In his view the vocation of the members of the League is doing God’s work.

“We try to make things better for people and assist those who are in trouble,” he said.

The first responders at the Mass and all those not in attendance were a reminder that they work every day to make the world a better, safer place for everyone.

PREVIOUS: Local events focus on everyone’s call to be missionaries