Once a refugee, he helps those in search of a better life 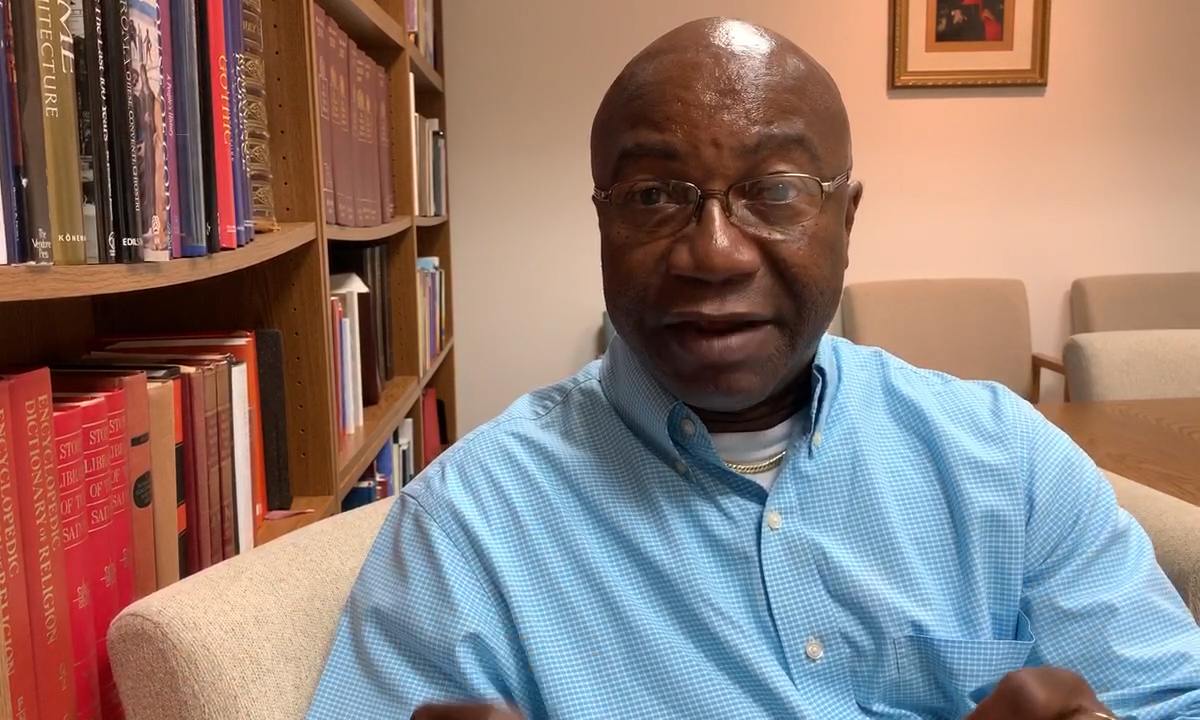 Over the past several months, volunteers from the Archdiocese of Philadelphia have traveled to various points along the U.S.-Mexico border to assist migrants in need of food, clothing, shelter and medical attention.

Several of these volunteers have been sponsored by archdiocesan Catholic Social Services (CSS), which has been actively assisting migrants, refugees and asylum seekers for several decades.

The sponsorship of border aid volunteers extends the ongoing efforts of CSS and the coalition to the front lines of the migrant experience. In the latest of a multi-part series, CatholicPhilly.com shares the reflections of Samuel Z. Abu, the coordinator of parish volunteers and community development for CSS’s Refugee Resettlement Program.

Having obtained asylum in the United States, Abu built a new life with his family in the Philadelphia area. He now dedicates himself to assisting fellow migrants and refugees by providing material and spiritual support through his work with CSS and his leadership of the area’s Liberian Catholic community.

I know what it means to go to a country where you know no one, and you depend only on God, praying that he will touch the heart of someone to help you. I know what it is like to go with no money in your pocket, limited clothes, limited food – you finish eating whatever food you have while you’re still walking, and you still have far to go. Sometimes we had to leave the main road and go to farms just to avoid dying of hunger, looking at a potato in a field or an orange in a tree, not knowing if we would be killed for taking them, but thinking that it would better to die that way than of starvation.

(Related: Watch a video with Samuel Abu on how the Catholic Church can accompany migrants and refugees.)

We traveled in masses, but you knew no one, and you didn’t know where you were going. You were just walking. It was the rainy season, and there was no shelter. You were walking in the rain and in the sun, in darkness and in daylight. We walked almost until dusk, and then we would establish camp right on that spot. You did not have even matches or a lighter to show others you were there. Sometimes you relied on smoke signals to see others.

You drank from running streams where you did not know their source, flowing from areas that were already barricaded or that did not have any sanitary treatment – all because you were thirsty, and you were willing to meet the natural needs of water and food with anything.

I made my way to the Ivory Coast, and we stayed there for a while. When war broke out in that country (the First Ivorian Civil War; 2002-2003), we moved to another area, because it was so difficult in the refugee camp. There was not enough for the ones already there, and we just added to it. Some of the villages offered us land, and Catholic Relief Services came to help, but eventually we had to return to Liberia. 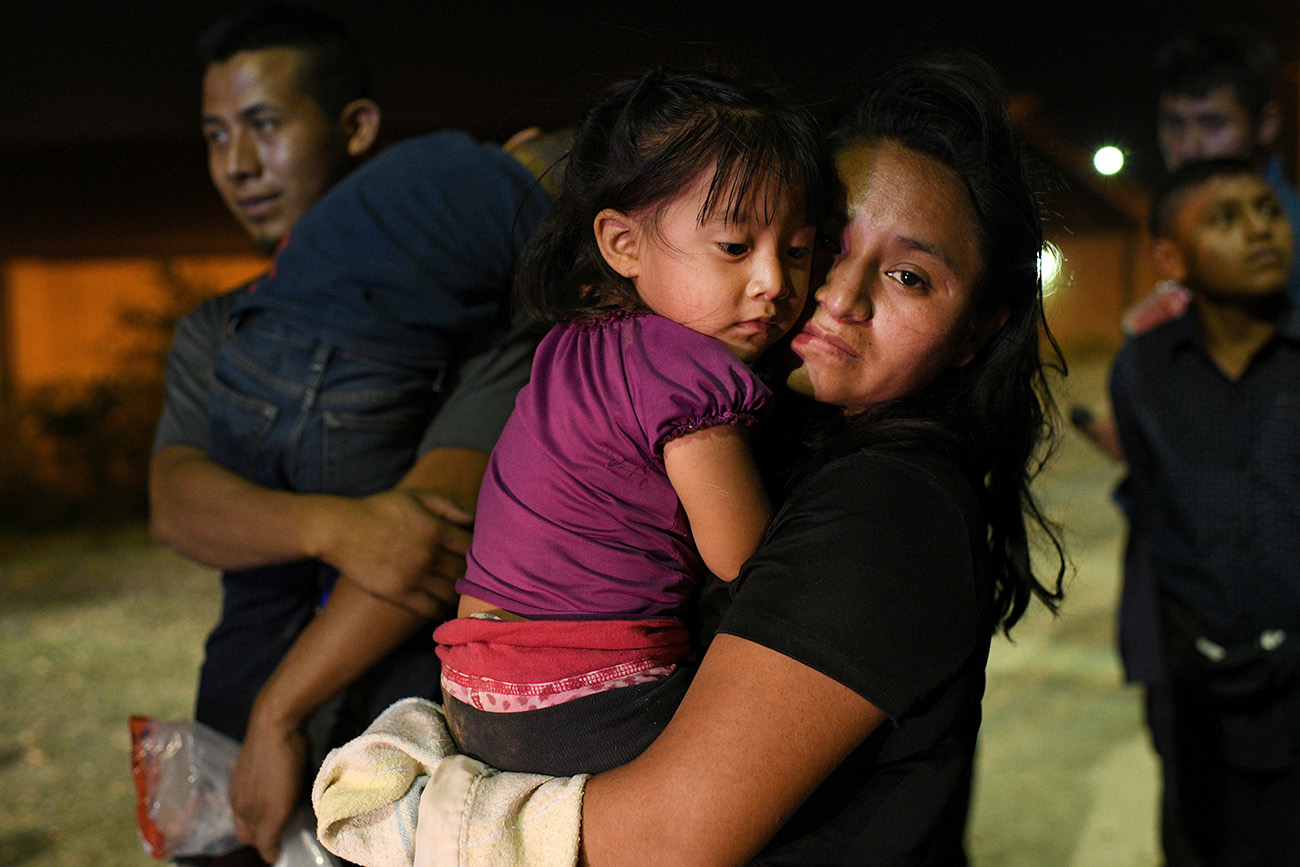 Guatemalan migrant mother Claudia holds 2-year-old daughter Alma Aug. 23, 2019, after turning themselves over to U.S. Border Patrol with fellow asylum-seekers following an illegal crossing of the Rio Grande in Hidalgo, Texas. Systemic poverty, conflict and persecution have currently displaced some 71 million individuals throughout the world, according to the United Nations. (CNS photo/Loren Elliott, Reuters)

I finally emigrated to the United States, and since I’ve been Catholic all my life, I identified a parish and started to seek resources. I felt the church was the only place where I could find sanctuary.

I was able to obtain asylum, and now my family and I live in Delaware County. I went back to school, got a degree in leadership, and I’m now in my third year of working for CSS.

In addition to my full-time work with CSS, I decided to volunteer for a visit to the U.S.-Mexico border in pursuance of the Holy Father’s message to share the journey with migrants and refugees. This visit was especially important to me, since there have been so many stumbling blocks at the border for refugees.

I went to make sure I became a greater part of the Catholic Church’s effort to provide a welcome for the newcomer – to open our arms to them, even if there are difficulties with our government in doing so. We as Catholics can welcome these people.

Many of those I saw in Tucson never thought they would meet people who would help them, and they really need help. Many of them came as single mothers with kids, dehydrated after traveling through the desert for miles, with no food, no clothes other than what they wore.

These people are not coming here to live on free services. Many who come here are very strong workers. But political and economic situations back home leave them vulnerable, so they leave the country to provide for their children. Migrants from Central America bring their children because in their own countries they are vulnerable to cartels and gangs. These mothers are fighting for their childrens’ lives.

The countries from which they’re coming are poor. No matter what you do – the grants, the international aid – it’s like a pinch of salt in water, because the need and the poverty is that severe.

They are not going to sleep in all of our homes, or eat all of our food, or take all of our jobs. There will always be more homes, more food, more jobs. Many of these people come here with college and medical degrees, but credentialing those degrees takes time, and migrants end up taking entry level jobs just to survive. Whether you are here legally or not, you have the basic needs of food, clothing and shelter.

I know why migrants and refugees come here, and I know why I help them. The human spirit is made so that we will always strive to find places where we can live freely.

NEXT: Local events focus on everyone’s call to be missionaries