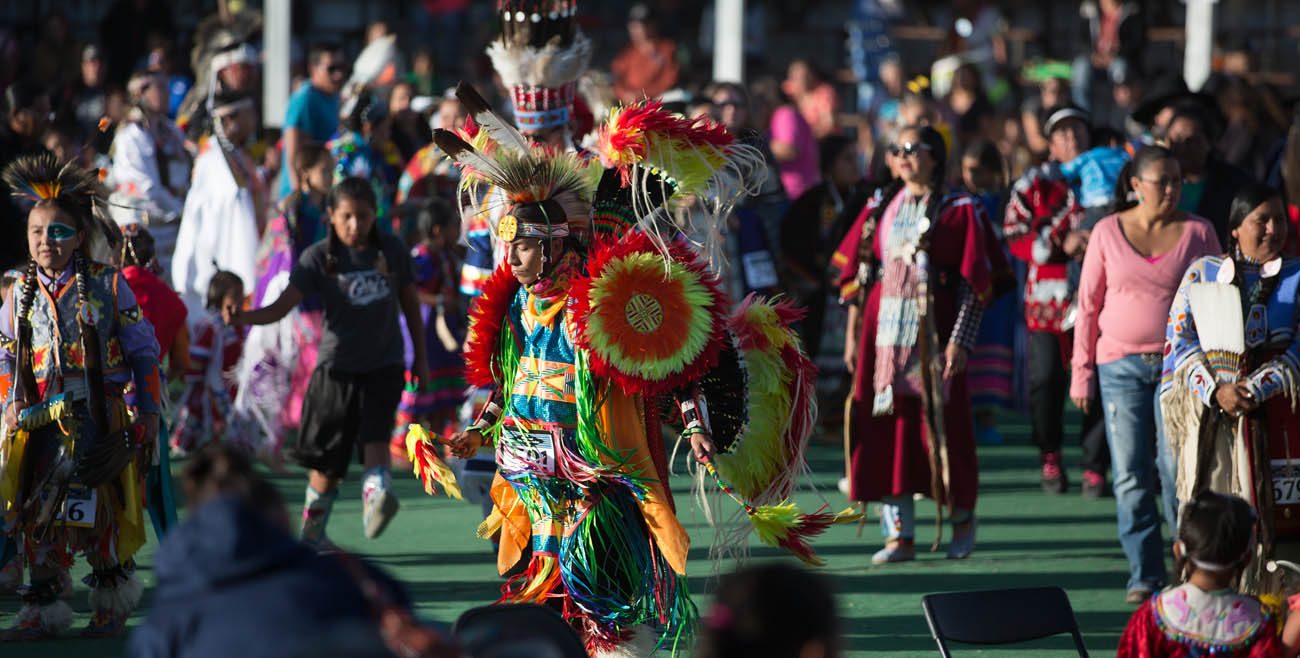 For nearly 70 years, the Blackfeet Nation has hosted its annual Indian Days in Browning in the northwestern corner of Montana. Every July, the four-day powwow attracts 10,000 participants who stay in teepees and tents on the campgrounds of the Blackfeet Reservation.

Among the largest Indian gatherings nationwide, visitors are welcome to attend this cultural event, which took place July 11-14 this year.

One of the biggest highlights for Catholics participating in Indian Days is the Sunday morning Mass, which about 400 people attend. Steeped in church teachings and rituals but sparkling with Indian customs and symbolism — sage burning, drummers and headdresses — the outdoor Mass highlights the unique expression of being Native American Catholic.

The bishop of Helena, the diocese where the Blackfeet Reservation is located, concelebrates the Mass with several priests.

Attending the festival are Native Americans from every region of the United States and Canada, representing some 50 tribes. Young and old come together and the interaction between generations is joyful to witness. Most are dressed in elegant and intricately decorated native attire, which brings a bounty of color.

They dance, play games, have drumming sessions, hold a rodeo, crown the annual Miss Blackfeet and socialize in a stadium-like arena called the arbor. Booths with food, artwork and souvenirs are scattered about. There also is a parade, which weaves through the town of Browning, with vehicles of all shapes.

Browning, the capital of the Blackfeet Nation, is surrounded by Glacier National Park, but the natural beauty that frames this town is a contrast to the challenges its people face. It is in one of the poorest counties of the United States, with a per capita income on the reservation of less than $12,000. Its residents, however, are proud of their heritage and reach out to other tribes in a show of solidarity.

The Blackfeet Nation has roughly 16,000 members, about half of whom live on the reservation. It has been in existence for more than 10,000 years.

Across the United States, an estimated 20% to 25% of Native Americans are Catholic. In recent years, the church has made significant efforts to honor and incorporate Indian traditions into Catholic services. The Diocese of Helena has a strong commitment to Native American ministries, including support to Little Flower Parish in Browning. 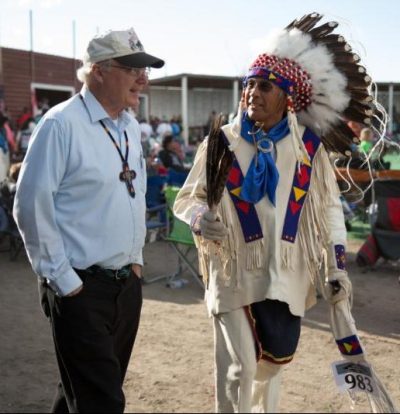 “We need to build our faith within the Indian context,” said Harry Barnes, a parishioner of Little Flower Parish and former chairman of the Blackfeet Tribal Council. “Even though the Catholic Church is 2,000 years old, it is the ‘new kid on the block’ for us natives. We need to combine our local cultures into the church. Catholicism widens our path.”

He made the comments in an interview with Extension, the magazine of Catholic Extension, a national fundraising organization based in Chicago that builds churches and the Catholic Church in America’s poorest places.

Father Ed Kohler, who has been pastor of Little Flower Parish since 1982, is one of the priests who concelebrates the Indian Days Mass, and he agrees with Barnes.

As the only Catholic priest within 30 miles of Browning, he sees the Indians’ struggles on the reservation — poverty, substance abuse, domestic violence, despair and tensions around cultural identity. Unemployment hovers around 80%. He often says Masses for young victims of suicide.

Father Kohler is helping to uplift the community. At Little Flower Parish, he initiated the Cursillo movement, a series of retreats and workshops, to help strengthen the faith of parishioners. Across from the church, he helped establish the grade school, De La Salle Blackfeet, which serves 70 students in grades four to eight.

Father Kohler is particularly focused on engaging the youth as there are few facilities for them to enjoy social activities and the Blackfeet Reservation has one of the highest high school dropout rates in the U.S. His mission is to give them a brighter future.

Chief Earl Old Person of the Blackfeet Nation said, “Father Ed is a tree rooted in the community. His fruit feeds us.”

Catholic Extension has been supporting the Diocese of Helena since its first church building grant there in 1911, granting more than $20 million to the diocese. Seventy-seven of these grants have been related to Native American ministries, with half going to Little Flower Parish.

Father Kohler received Catholic Extension’s Lumen Christi Award in 2010, an annual award given to missionaries who courageously and compassionately shine the light of Christ, for his devotion to Native American Catholics.

In the past five years, throughout the country, Catholic Extension has funded $4.1 million to support Native Americans and the Alaskan Native population in 23 dioceses.

As seen during the Mass at Indian Days in Browning, Native Americans have inspiring faith traditions and many gifts to bring to the church. In turn, the Catholic Church is a beacon of hope and solace as they face their daily hardships.

Neuberger is the editor of Extension, the magazine of Catholic Extension.