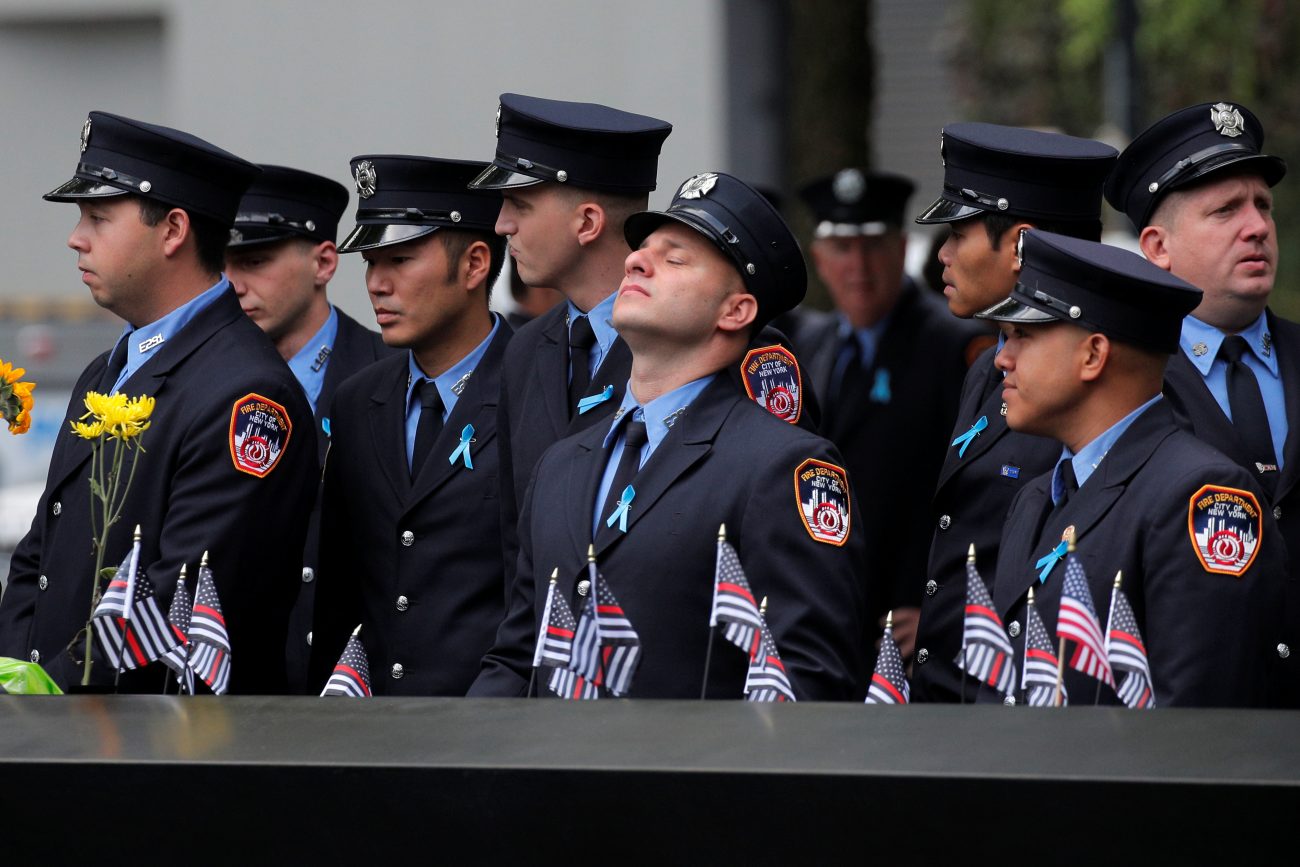 The church became a staging ground for first responders after two hijacked planes crashed in to the twin towers of the World Trade Center in 2001.

“(That priest) said something that really sticks with me,” the cardinal remarked in a Sept. 9, 2011, interview. “He said, ‘Here in New York, we just don’t remember 9/11 — we celebrate 9/12,’ and what he meant is that the nation was not locked into a paralysis of fear, depression, discouragement, somberness.”

Each Sept. 11, in New York City, at the Pentagon in Arlington, Virginia, and in Shanksville, Pennsylvania, Catholic and other religious leaders join with the faithful and community members for moments of silence and special prayers.

The deadliest terrorist attacks ever seen on American soil — and perpetrated by four hijacked planes — claimed the lives of nearly 3,000 people.

In an early morning tweet Sept. 11, 2019, Bishop Michael F. Burbidge of Arlington said: “On the anniversary of this tragic day in our nation’s history, we pray for all those who died and for ongoing strength and consolation for their loved ones. Pray that God will protect us and our country and fill all the world with the peace that only he can give.”

In the Diocese of Brooklyn, New York, a midday solemn march and Mass paid tribute to members of the Fire Department of New York and all those who lost their lives in the terror attacks.

Cardinal Dolan’s comments on the 10th anniversary of the attacks still resonate today. In 2011, he was asked to reflect on 9/11 in an interview with a television station in Milwaukee, where he was archbishop before being named to head the New York Archdiocese in 2009.

When the 2001 attacks occurred, Cardinal Dolan was an auxiliary bishop of St. Louis. That morning, he recalled, he had just begun celebrating Mass at Our Lady of Sorrows Church for a group of schoolchildren when he got word of what had happened.

“I began to see that that parish had a lot of firemen and policemen, and all of a sudden I kind of saw them come in (to the church) kind of frantic,” he told Milwaukee’s WISN-TV. “In retrospect it was because of the panic” about the nation being under attack.

“One of them came up to me on the altar while one of the little kids was doing the reading to tell me what was happening … that there was some tragedy in New York, that the twin towers had been struck by airplanes,” the cardinal said, so he called the children to prayer.

“There is nothing more powerful than the prayers of children,” he added.

He admitted that when he first heard the news, he felt “some fear,” wondering like many Americans if the nation was in for a more “extended attack.” There was “some anger” and “an immediate spontaneous desire for revenge,” he added, but there also was “obviously solicitude for those who were hurt and their families and how the nation was going to recover.”

“Those were all sentiments that I can remember being there at the surface,” Cardinal Dolan said, “but I wanted to turn those into prayer and take those to the Lord, and I was inspired by the people around me who were doing that.”

You can go away from God and “curse him,” he said. “You can give in to depression, feeling sorry for yourself, responding with whining, cynicism, sarcasm.”

Or “you can go closer to God, trusting in him and serving his people,” Cardinal Dolan said, and in response to 9/11, “the great majority chose” this option.

NEXT: Archbishop Hebda to oversee inquiry into bishop’s handling of abuse claim