SC Catholic Charities not getting usual after-storm calls for help 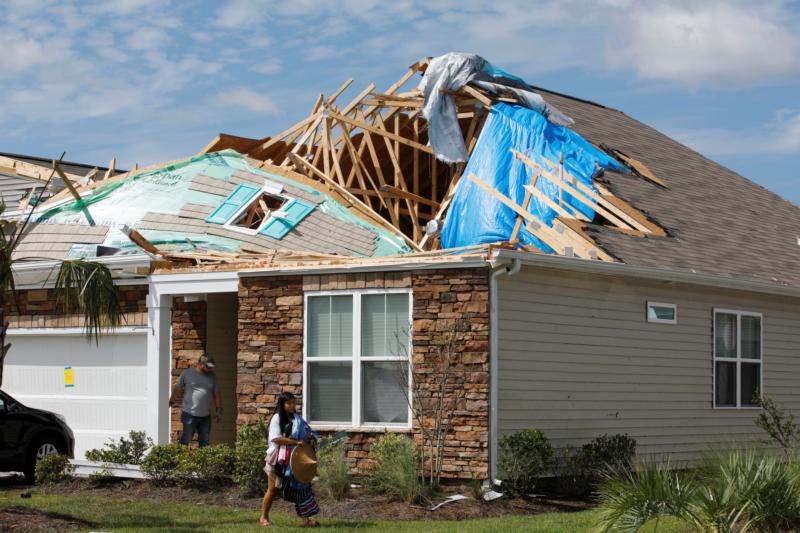 CHARLESTON, S.C. (CNS) — Hurricane Dorian left the coast of South Carolina and the Diocese of Charleston with far less damage than many originally feared it would.

The storm brought high winds, storm surge, heavy rain and flooding as it moved north along the state’s coast Sept. 5, but diocesan officials joined state leaders in breathing a sigh of relief after it passed through.

South Carolina was relatively unscathed compared to the devastation Dorian caused first in the Bahamas and then the heavy flooding it brought on Sept. 6-7 along the Outer Banks of North Carolina. Flooding did occur in some parts of the state, but it was nowhere near the damage caused by Hurricane Matthew in 2016 and Hurricane Florence in 2018.

As of Sept. 9, no significant damage to churches or schools had been reported, according to Eric Meister, Catholic Mutual’s claims risk manager for the Diocese of Charleston. “Everything we’ve been hearing has been pretty minor, mainly wind damage and no flooding,” he told the Catholic Miscellany, diocesan newspaper of Charleston.

Meister received four claims for storm damage by the afternoon of Sept. 9, including roof leaks and some building damage at two diocesan schools, a parish and a rectory.

Sandra Leatherwood, superintendent of Catholic schools, said she was extremely thankful that none of the state’s schools were severely damaged or flooded. Schools along the coast had experienced flooding in recent years, especially after Hurricane Florence.

For the first time in four years, workers at Catholic Charities of South Carolina were not being inundated by calls for help after a storm.

The agency worked to help hundreds of residents in the state get supplies and repair their homes after the “thousand-year” floods in 2015, then hurricanes Matthew, Irma and Florence. The worst impact came from Florence, which left hundreds homeless in the state.

“We made it through Dorian and now we are trying to figure out what response is needed from us,” said Michele Borbely, a Catholic Charities site administrator. “From what I am hearing and seeing, there wasn’t as much damage as we had feared. It really could have been a lot worse.”

Borbely said staff members were on conference calls with other organizations around the region the weekend after the storm and Sept. 9 to get an idea of what kind of help might be needed after Dorian. Agency workers were especially waiting to see if they were needed to assist anyone whose home was damaged when two tornadoes touched down in the state Sept. 5.

She said hygiene kits were on hand to give to those in need, and workers were ready to assist in long-term case management with anyone whose home may have been damaged by Dorian.

NEXT: Florida senators ask Trump to waive visa requirements for some Bahamians