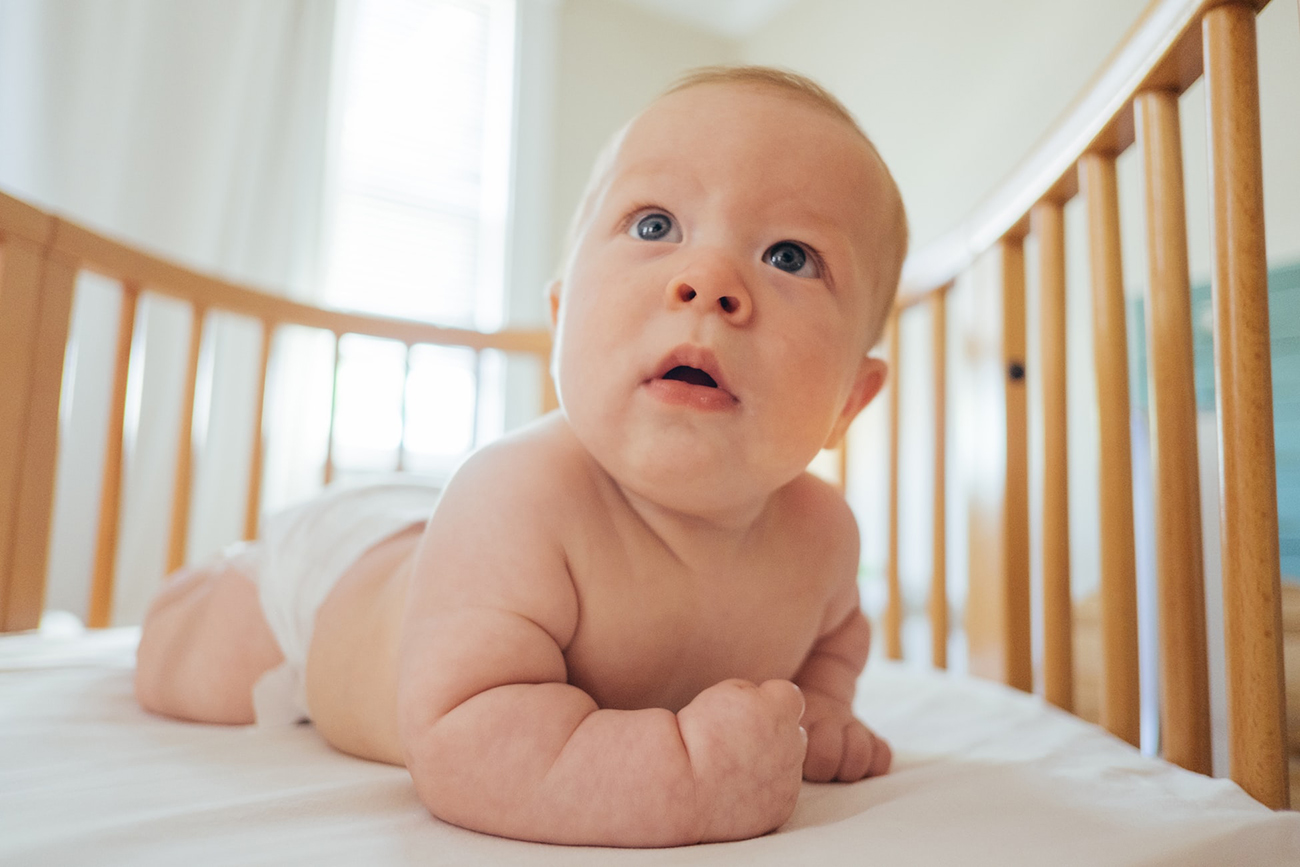 One archdiocesan agency is celebrating Respect Life Month with a “bottom-up” approach – by hosting a diaper drive from now until Oct. 31.

“Diapers are expensive, and I’ve seen families have to choose between diapers and food,” said Amy Stoner, director of community-based, housing and homeless services for archdiocesan Catholic Social Services (CSS). “I’ve even seen people substitute paper towels for diapers because they couldn’t afford them.”

Infants and toddlers require between 8 to 12 diaper changes per day, according to the National Diaper Bank Network (NDBN). With monthly disposable diaper costs averaging about $80 per baby, one in three American families experience what NDBN calls “diaper need.”

Families can apply federally funded TANF (Temporary Assistance for Needy Families) benefits to diaper purchases, but the same allocations must also be stretched to cover other basic needs, such as utilities, rent, clothing and transportation.

In Pennsylvania, TANF recipients (typically families of three) get about $403 per month in assistance. That sum only covers one third of the rent for many families in Philadelphia, where low-end monthly rental prices hover around $1170.

Childcare centers, even free and subsidized facilities, generally require parents to provide their own disposable diapers. Pennsylvania state childcare law permits parents to provide cloth diapers, which have begun to make a comeback, but even those can actually be “much more expensive” for low-income families, said Stoner.

“Without a diaper service, which is another cost, cloth can be very unsanitary,” she said. In addition, many landlords and laundromats do not permit cloth diapers to be washed in their facilities.

Diaper need can take a toll on an infant’s health, said Stoner.

“Babies who are sitting in dirty diapers for long periods of time can develop rashes and urinary tract infections,” she said. “It’s a major health issue.” 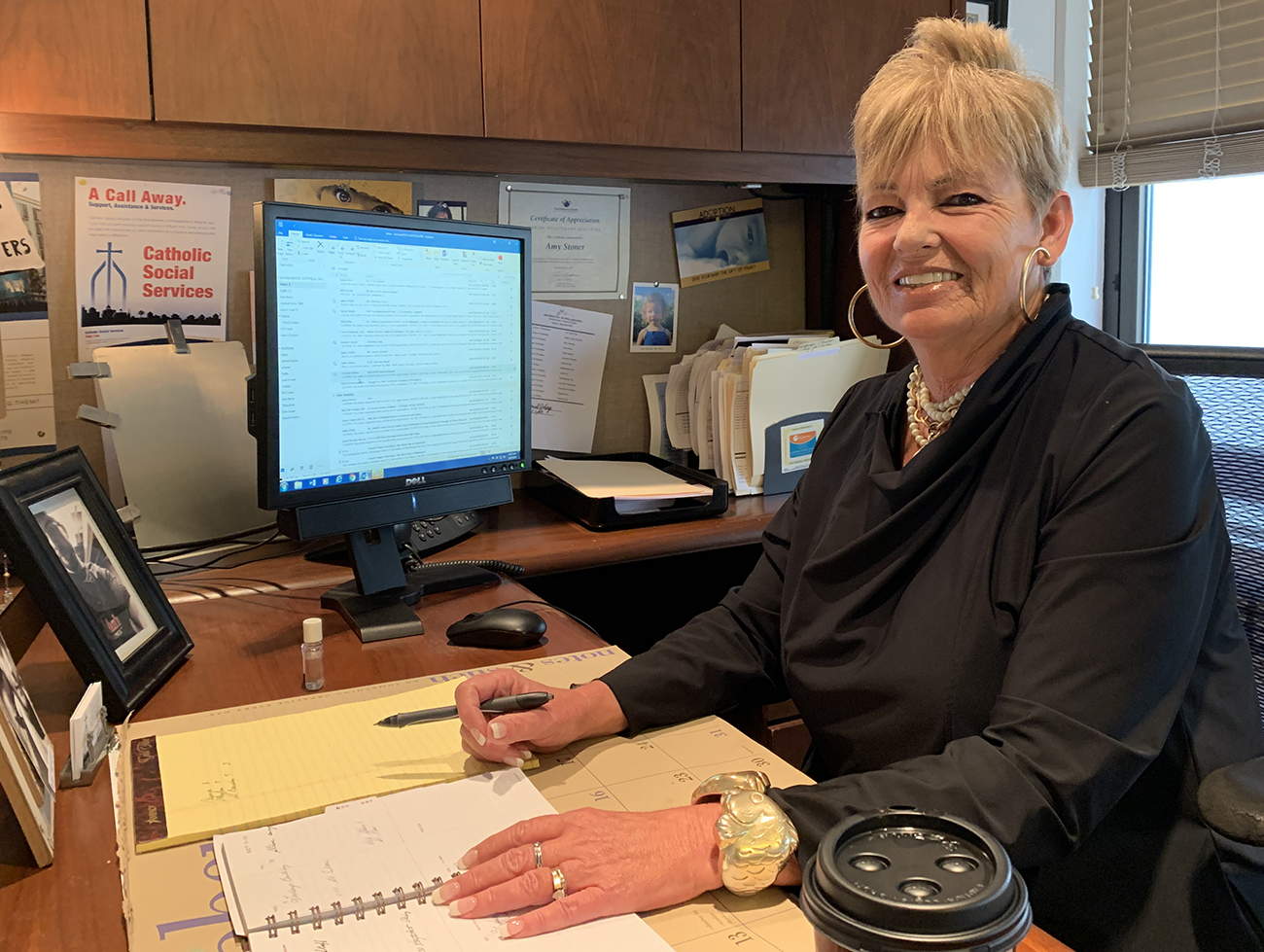 Amy Stoner, director of community-based, housing and homeless services for archdiocesan Catholic Social Services, has spearheaded an October 2019 drive to collect diapers for the area’s low-income families. The effort, which helps to mark Respect Life Month, is designed to improve health and reduce the risk of child abuse. (Gina Christian)

Emotional well-being is also at risk, she added, since “when a baby is sick and has difficulty calming herself down, it leads in turn to frustration for the parents.”

Stoner said that given the combination of poverty and lack of resources, “distributing diapers is a great way to prevent child abuse” by relieving “an immediate and huge stressor.”

Local need is so great, she said, that CSS launched the current October drive – an online donation campaign hosted at YouGiveGoods.com – as a means of keeping up with demand that’s already exhausting current resources.

Through the Federal Emergency Management Agency (FEMA), CSS annually receives a $10,000 Emergency Food and Shelter Program grant for the diaper outreach. However, that sum barely covers the Philadelphia families who rely on CSS for diaper assistance, let alone the households in the surrounding four counties also served by the agency.

“We provide resources for over 5,000 pregnant women and moms with children each year,” said Stoner. “And one of their greatest needs, and the reason we often first meet them, is that they’re looking for diapers.”

Hosting the diaper drive online makes helping others even simpler, she added. Donors can select diaper packages by size and price, or opt for “baby care boxes” that include ointment, wipes and shampoo. The tax-deductible gifts will be shipped directly to CSS for distribution after the drive concludes.

“You don’t have to go to the store and buy anything; you can do it so easily with just a few clicks,” she said, adding, “We see a lot of low-income parents that are doing their best to make ends meet. We want to help them.”

NEXT: Two South Phila. parishes have big reasons to celebrate