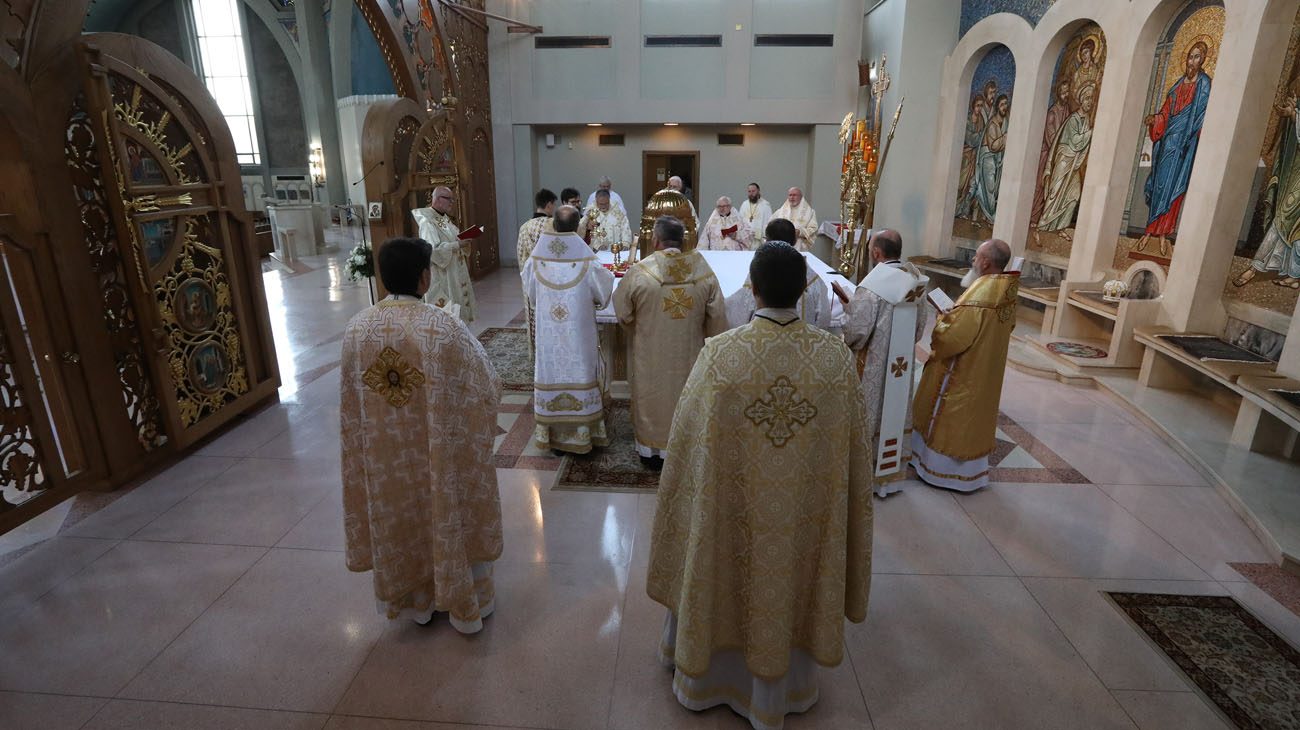 PHILADELPHIA (CNS) — Leaders of the Ukrainian Catholic Church in the United States have appealed to seminarians to identify candidates for the priesthood who can be “true missionaries and pastors.”

The appeal came in a September letter from the six bishops of the Metropolia of Philadelphia, which covers much of the U.S. It discussed some of the challenges and opportunities facing the Ukrainian Catholic Church and outlined the “spiritual and pastoral expectations of candidates to the priesthood.”

The bishops said parishes throughout the metropolia “will need a substantial replenishment of its clergy over the coming years.”

As an example, they cited the Philadelphia Archeparchy’s needs: 15 new priests in the next five years “to serve its faithful adequately and respond to their needs.”

“We are not looking for workers to simply accomplish a task or fulfill a plan, but for true missionaries and pastors who will care for the faithful with a willingness even to sacrifice their lives for them, from love of God and neighbor,” the bishops wrote.

The Metropolia of Philadelphia includes the Archeparchy of Philadelphia and the eparchies of Stamford, Connecticut, St. Josaphat in Parma, Ohio, and St. Nicholas in Chicago.

In the archeparchy and three eparchies, 185 active priests serve in ministry, according to a church spokesman. That includes 48 priests in Philadelphia, 59 in Stamford, 37 in Parma and 41 in Chicago.

The bishops said they remain committed to serving the faithful in the Ukrainian Catholic Church despite dwindling numbers. The letter cited how the number of parishioners has declined from more than 250,000 in the 1960s to 25,000 today.

The letter called for a widespread effort to rebuild the Ukrainian Catholic Church “one person at a time.”

“We need pastors who are ready to heal, inspire and rejuvenate, who, through their sermons and example, will give clear guidance to the conflicted postmodern person and will proclaim ‘the message of reconciliation,'” the bishops wrote, citing St. Paul’s Second Letter to the Corinthians.

The leaders said the church’s priorities will focus on spreading the word of God, evangelization and catechization. Special emphasis will be made to appeal to youth and young adults through “creativity from the pastor and the ability to address — persuasively but serenely — deep and difficult questions of the present day.”

“Answering the appeal of Pope Francis, we should and will go outside the gates of our church buildings. A shepherd should follow the scent of his sheep, even those who are now outside the fold,” the letter said, citing the “millions” of people within the territory of the metropolia who are “unchurched, do not know God, do not enjoy the support of community.”

The bishops called for “team-based” ministry to carry out the important work ahead.

In appealing for priest candidates, the bishops said they were not seeking people “to improve their material status” nor those “with personal or family motivations, rather than the priority of evangelization.”

The task facing future priests will be difficult, the bishops wrote.

“A commitment to serve in our church must be a commitment for the long haul,” they said. “It is not for those who are quickly discouraged or disillusioned. True service to the flock entrusted to a pastor requires dedication and endurance — an understanding the realities of the community you serve, in all their unvarnished truth.”