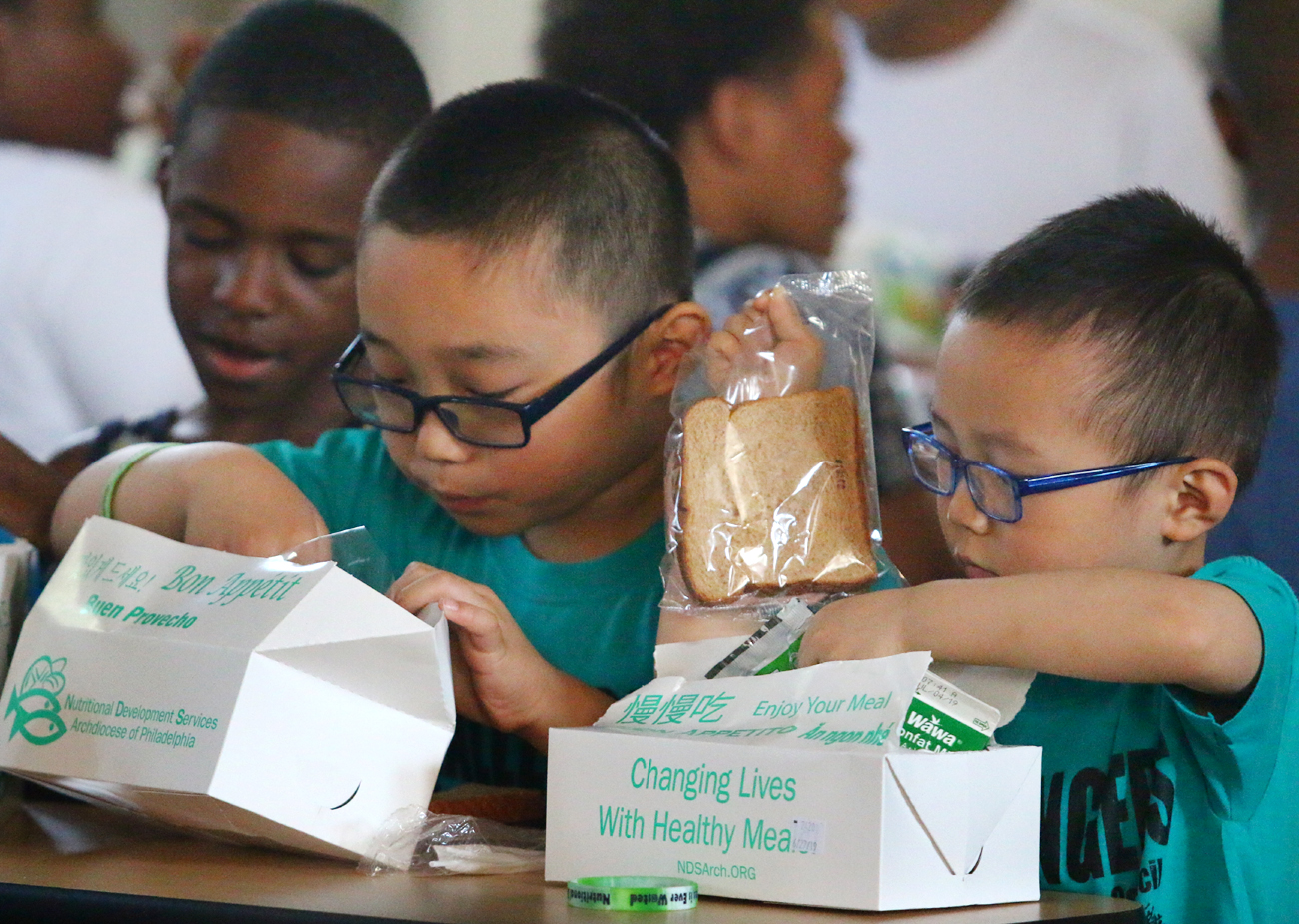 Thousands of sandwiches, fruit cups and chicken nuggets over the past 25 years have recently added up to 60 million meals supplied by the Archdiocese of Philadelphia to area children and youth.

Since 1995, archdiocesan Nutritional Development Services (NDS) has provided breakfast, lunch, snacks and even occasional dinners to kids aged 6 weeks to 18 years old through the Child Care Food Program (CACFP), one of several federal food programs that NDS (founded in 1971) administers.

Funded by the U.S. Department of Agriculture (USDA) and administered locally through the Pennsylvania Department of Education, the Child Care Food Program (the acronym CACFP includes adults but the NDS program serves children only) ensures that kids in some 250 child care centers, afterschool programs and emergency shelters served by NDS can count on a full and nutritious plate.

“If it weren’t for this program, a lot of these kids wouldn’t really eat any vegetables,” said Robert Jones, who has directed NDS’s CACFP outreach almost from its inception.

Jones estimates that NDS serves between 7,000 and 8,000 children each day through CACFP, not counting the students enrolled in both the National School Lunch and National School Breakfast Programs, which NDS also administers in Southeast Pennsylvania. NDS serves approximately 8 million meals per year (both during the academic year and the summer) through the federally funded meals programs that it administers, and more than 10 million meals in total.

Participating sites enroll in the CACFP program through NDS, which purchases the food from an array of vendors, using locally grown produce as much as possible. Deliveries from NDS’s Eddystone warehouse are made every other day, with each site receiving two days’ worth of meal supplies per shipment for preparation at their respective locations.

Site staff are trained in food safety and program recordkeeping by NDS coordinators, who also make unannounced inspection visits to their clients at least three times each year.

While CACFP also supplies home-based and adult daycare facilities, Jones said that NDS works to help as many children as possible, regardless of denomination, by strictly focusing on the daycare, afterschool and shelter sites, including archdiocesan Catholic Social Services’ Mercy Hospice. 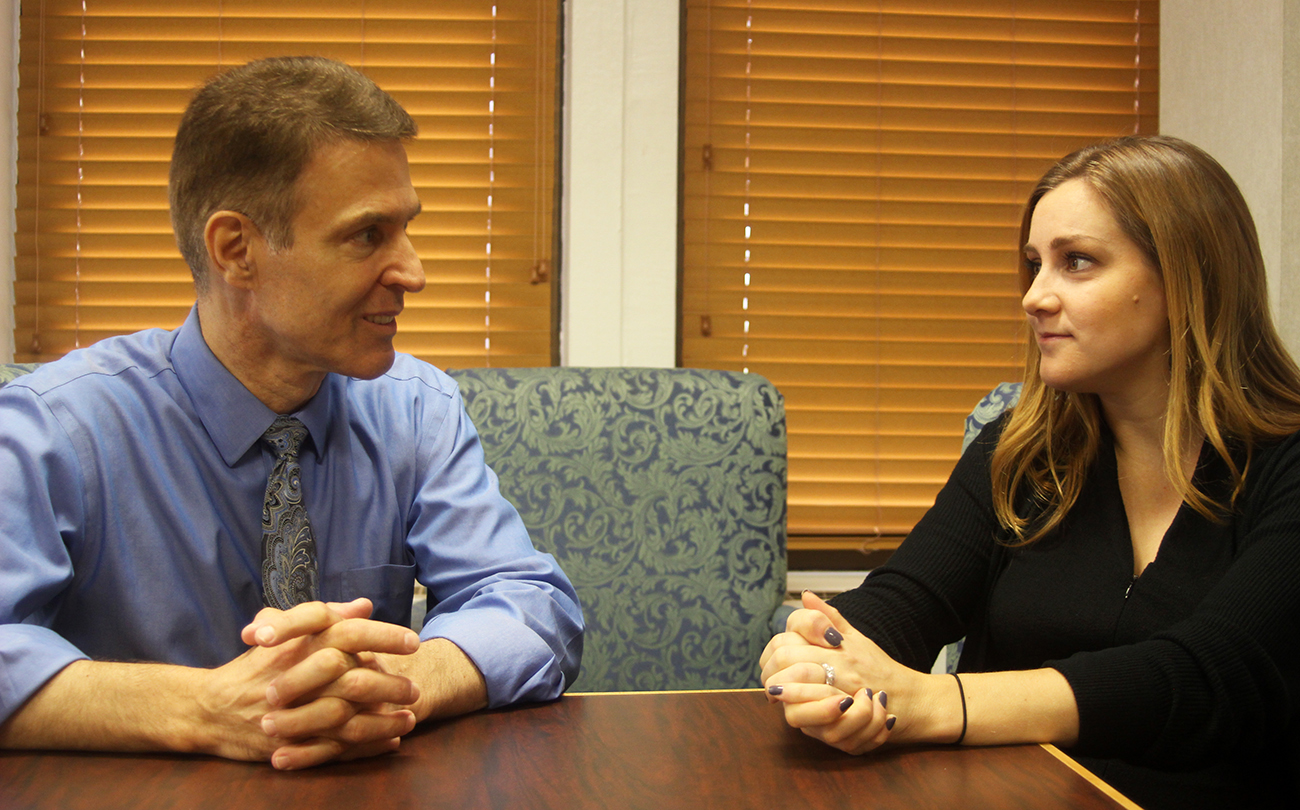 “In a lot of places, if we weren’t providing meals, parents would be bringing things like chips, cans of soda or a bag of McDonald’s for lunch,” said Jones.

For many children, the CACFP meals and snacks distributed by NDS are even more critical, since they are the first food kids will taste in the morning and the last in the evening.

“A lot of kids in the afterschool programs go home without knowing whether they’ll eat at night,” said Jones. “With this program, they can at least leave having had either a hot or cold supper.”

Although the nutritional guidelines for the CACFP meals are less detailed than those for the school breakfast and lunch programs, the program works to instill healthy eating habits at an early age.

Jones, who personally plans the daily menus, makes sure to “get color on the plate every day” by consistently including “spinach, carrots, corn, chopped Romaine and mixed vegetables.”

Yogurt is a favorite snack, usually appearing on the menu at least twice a week, along with soy (rather than peanut) butter cups to avoid nut allergy reactions.

Fruit juice, with its high sugar content, is limited to once a day. Site coordinators are encouraged to serve water and milk instead.

Socialization and portion control are essential to NDS’s administration of the CACFP plan. Except for very young children, meals are served family style so children can eat together and develop their interpersonal skills.

In addition, Jones and his team encourage kids to try foods with which they may not be familiar, such as hummus, cheese-coated cauliflower and blended sweet potato and vegetable juice.

Sometimes, though, newer items on the plate don’t make it into the regular rotation.

Jones recalled that he once offered an Italian corn salad with bits of red pepper to provide very young children with soft, chewable vegetables.

“It wasn’t spicy; I tried it and it was delicious,” Jones said. “But it bombed.”

A rainbow salad featuring three varieties of beans met a similar fate, as did a sweet and sour chicken entrée that Jones promoted by pitching it as an alternative to a more mundane meatloaf option.

“We thought it was quite ethnically hip, but out of 75 available cases, we only received an order for one,” Jones recalled. “So the majority had clearly spoken, and we donated the remainder to a shelter that wanted it.”

Feeding children in shelters, in fact, was a major concern of NDS’s founder, Patrick Temple-West, who urged the USDA to create what eventually became a pilot program in which the Archdiocese of Philadelphia participated. That program was later blended into the current CACFP initiative.

More recently, Jones worked with the national nonprofit Food Research and Action Center to assist Senator Robert Casey in drafting the Access to Healthy Food for Young Children Act of 2019, which seeks to enhance the CACFP program.

“I think NDS is seen as a leader in this field,” said Jones. “I think that government officials trust us, so that if they’re looking for guidance on how to proceed, or they want to seek out expertise, I feel like they know to turn to the archdiocese.”

Jones added that he is constantly refining menu options and reviewing ways to improve the program’s operational efficiency.

“There’s no resting,” he said. “We really work hard at being better each day.”