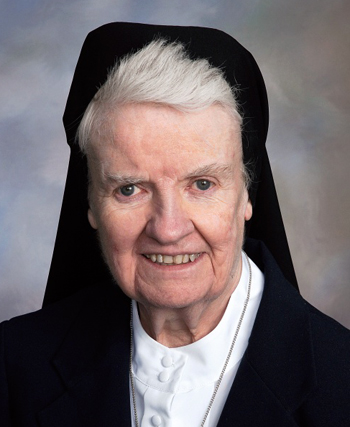 Sister Loretta William Fitzpatrick, I.H.M., died Sept. 2 in Camilla Hall, Malvern. She was 84 and in the 66th year of her religious life.

Anne Marie Fitzpatrick was born on Nov. 7, 1934 in Philadelphia. She entered the Congregation of the Sisters, Servants of the Immaculate Heart of Mary on Feb. 11, 1953 from Most Blessed Sacrament Parish in Philadelphia.

From August 1955 through June 2012 Sister Loretta William served children in grades 1 through 3 as a full-time teacher, tutor, teacher of religious instruction and teacher’s aide. She influenced the lives of all of her children.

Beginning in August 2012, Sister Loretta William continued her acts of service at Camilla Hall as a faithful participant in the Apostolate of Prayer.

She is survived by her sister-in-law Therese (Francis), many loving nieces, nephews, grandnieces, grandnephews and her congregation of I.H.M. sisters.