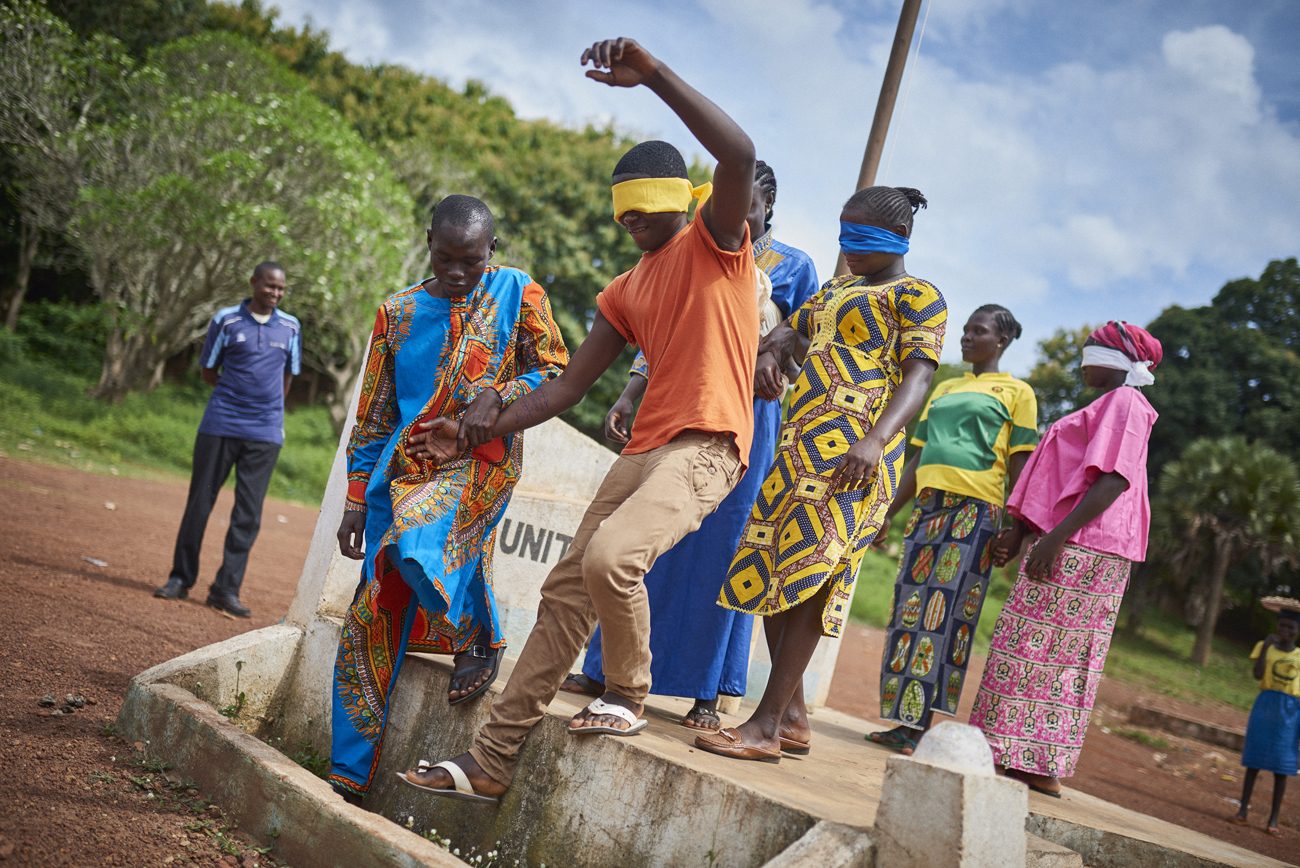 Christians and Muslims in Central African Republic are gathering in community halls to talk about their traumas and find ways of healing after six years of violence.

With thousands of people killed and almost 1 million of the country’s 4.6 million people displaced in the past six years, trauma is rampant throughout the former French colony, said Samuel Phelps of Catholic Relief Services.

In February, more than a dozen armed groups signed a peace deal with the government. An armed movement drawn from the Muslim minority took power in the majority Christian country in 2013 before being overthrown by mainly Christian militias. Both sides have been accused of committing atrocities.

Trauma-healing workshops for victims of attacks or people who have witnessed atrocities are run by CRS and partners as part of efforts to build social cohesion, said Phelps, CRS’ regional information officer for central Africa. CRS is the U.S. bishops’ international relief and development agency.

“We want to bring divided communities together again,” Phelps said, noting that an interfaith forum is trying to reunite people of different faiths.

Leaders of the bishops’ conference, the Evangelical Alliance and the Islamic Community support each other and “travel around the country arm in arm, talking about the importance of community,” he said in a telephone interview after visiting Central African Republic in late September.

The interfaith forum also emphasizes the need for people to be held accountable for their actions, noting that, without accountability and justice, there can be no peace.

The religious leaders work together on projects that benefit neighborhoods and unite people, Phelps said.

The trauma-healing workshops “aim to take away fear of the ‘other,'” Phelps said, noting that there is “a lot of suspicion on both sides.” Before this latest conflict, which took on an ethno-religious tone, Christians and Muslims were living in harmony, he said.

The landlocked country is rich in diamonds, gold and uranium but has seen little stability in five decades.

“Everyone in Central African Republic has suffered,” and the workshops help people understand that this is shared suffering and open up the possibility for forgiveness, Phelps said.

Many churches around the country sheltered vast numbers of displaced people throughout the violence. St. Mark’s Major Seminary in the capital, Bangui, accommodated 9,000 people on its premises in 2014 and, in the city of Bangassou, 2,000 Muslims were taken into the cathedral grounds to defend them from attacks by militants. During the conflict, houses were razed to the ground so when peace returned people had nowhere to live.

The town of Boda, in Lobaye district, was torn apart by violence and became divided along religious lines, Phelps said. For a while, Muslims could not get hospital treatment with Boda’s only hospital in the Christian enclave.

The trauma-healing workshops are helping peace efforts in the town, Phelps said, noting that in one exercise a participant is blindfolded and led on tricky terrain by another, and then they switch roles to build trust.

In Mbaiki, a city in southern Central African Republic, the workshops are called “singing to the lions” and are aimed at children showing signs of stress.

Penina Ngoessate, who helps run the workshops, told Phelps that she asks the children to close their eyes and imagine themselves in a forest with a cemetery and ghosts. She asks them how they are feeling and guides those who are trembling to breathe deeply and to tell the fear to go away.

She told Phelps that children can be helped to heal from trauma through understanding their fears in a safe environment.

Many of the children in the workshops have lost their parents and live with their extended families. As well as the grief they suffer, children whose parents have been killed in the conflict also have to face related losses, such as their access to food, schooling and health care, Phelps said.

Without jobs to keep young people occupied in Central African Republic, where the mean age is 18, it is easy to be drawn into a life of violence by militants offering a gun and some money, he said.

To make young people less vulnerable, CRS has set up programs where they are taught carpentry skills as well as how to raise pigs and chickens, Phelps said. Skills that people ask to learn are also practiced, and young entrepreneurs are given the support they need to start trading, he said.

PREVIOUS: God in all things: Synod looks at indigenous ‘theology of creation’

NEXT: Bishop highlights need for lay ministries in Amazon