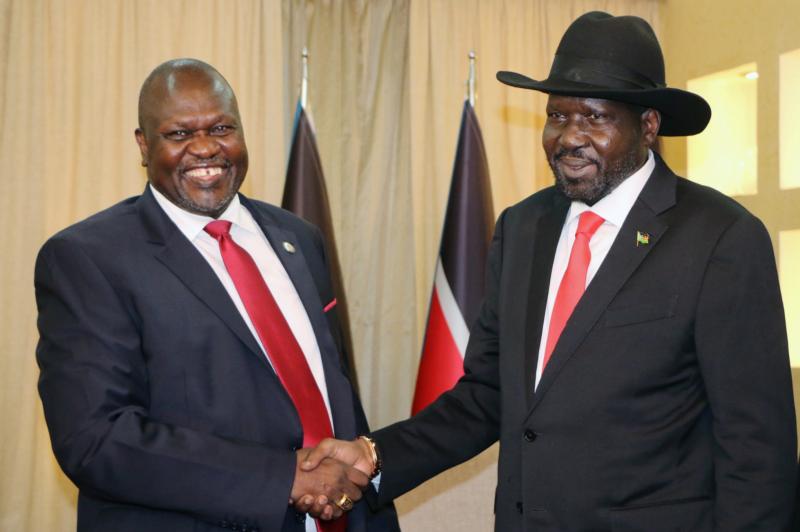 “The conflict must not be personalized” between President Salva Kiir and main opposition leader Riek Machar, they said.

The bishops’ mid-October “urgent call for peace and justice” came at the end of a two-day meeting in the capital, Juba.

“While we are grateful for the peace efforts” of other countries, “we remain aware of their economic interests, which may undermine their impartiality,” the bishops said. “Let them focus on ending the suffering of the people of South Sudan.”

Machar told a visiting U.N. Security Council delegation Oct. 20 that he would not be part of a unity government set to be formed Nov. 12. The formation of the government already has been delayed over crucial issues such as the formation of a unified army and disagreements over state boundaries.

“We hope that a new transitional government will be formed soon, but we stress that the formation of a government is not an end in itself,” the bishops said, noting that a new government will only have legitimacy “if it resolves the conflict and provides peace, justice, security, basic services and good governance.”

“We question why the focus of peace efforts is on power-sharing between two or more individuals rather than addressing the root causes of the conflicts” affecting the ordinary people of South Sudan, they said.

“As we look around our dioceses and see the continued suffering … our hearts are touched,” the bishops said. The humanitarian tragedy is made worse by the breakdown of the economy and the continued violence in some areas, they said.

“As pastors, we are concerned about the level of fear within the leadership of all our parties,” which has “spread to many of our communities” and could lead to a “toxic shame” resulting in denial and cover-ups, the bishops said.

“Let there be accountability for the violence and corruption, which has destroyed our country,” they said.

“Above all, let our leaders remember the love and humility of our Holy Father, Pope Francis, when he kissed their feet,” they said, noting that “forgiveness is always possible, but it demands repentance.”

At the end of a highly unusual spiritual retreat for South Sudan’s political leaders at the Vatican in April, Pope Francis knelt at their feet and begged them to give peace a chance and to be worthy “fathers of the nation.”

South Sudan’s war, which broke out two years after the country achieved independence in 2011, has left nearly 400,000 dead and displaced nearly 4 million people.

PREVIOUS: Cardinal talks about listening at the synod, being loyal to the pope

NEXT: ‘We are all responsible’: Bishop urges lifestyle change to protect Amazon