Archbishop urges L.A. Catholics to join him in prayer for shooting victims 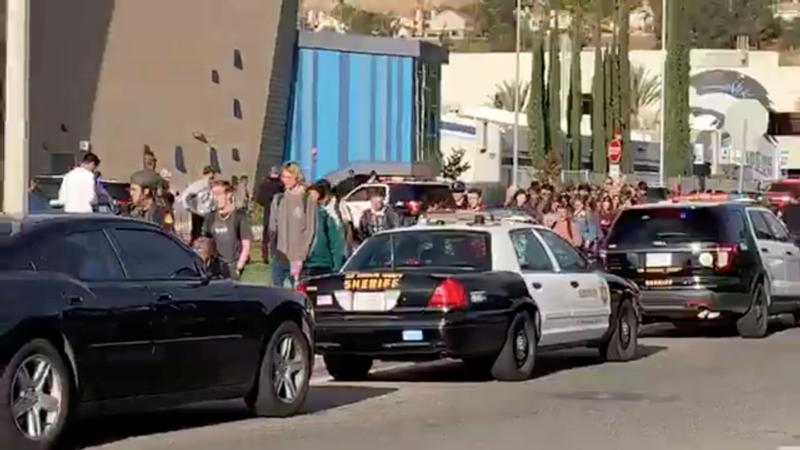 LOS ANGELES (CNS) — Los Angeles Archbishop Jose H. Gomez asked Catholics of the archdiocese to pray with him for the victims of the Nov. 14 shooting at Saugus High School in Santa Clarita, about 30 miles northwest of downtown Los Angeles.

“May God comfort their families and loved ones and bring healing. May Our Blessed Mother keep them all in her maternal care and may God give them peace,” he said in a tweet a few hours after the shooting.

“My heart goes out to these families. I ask our Lord to bring them comfort in their grief and pain,” he said in a later tweet.

The Los Angeles Sheriff’s Department identified the suspected shooter as Nathaniel Berhow, a member of the track team and a Boy Scout who was described as a hardworking student and quiet but friendly, according to the Los Angeles Times. Sometime after the second period of school, news reports said, he allegedly pulled a 45-caliber pistol from his backpack and shot it for 16 seconds.

Two students, a 15-year-old girl and 14-year-old boy, died from their wounds shortly after being taken to Henry Mayo Newhall Memorial Hospital in Valencia.

Three students were injured. One, a 14-year-old boy, was treated and released; two of the injured, a 15-year-old girl and a 14-year-old girl, were admitted to Providence Holy Cross Medical Center in Mission Hills but were expected to be released in a couple of days.

After shooting the others, Nathaniel shot himself in the head and was in critical condition; some news reports said he was brain dead. The youth turned 16 the day of the shooting.

Law enforcement officials continued to investigate the motive for the shooting.