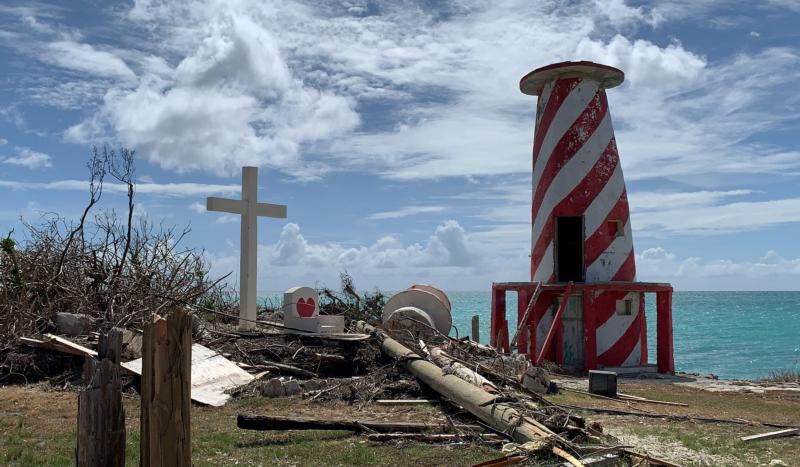 The Archdiocese of Nassau recently launched the Each One Reach One initiative of its Bahamas Catholic Board of Education. Under the initiative, donors can assist some 220 students from Abaco and Grand Bahamas islands who have enrolled in Catholic schools in and around the Bahamas capital of Nassau on New Providence Island.

Albury noted a global children’s charity report highlights that getting children back to school is vital for their survival after natural disasters such as earthquakes, typhoons and hurricanes.

The Each One Reach One fund also will assist 35 displaced Catholic school faculty from the affected areas. All teachers and faculty at St. Francis de Sales Catholic School and Every Child Counts School had to leave Abaco, and those who did not travel to New Providence went to the U.S. or Canada, Albury added. Some teachers chose to resign and return to their home countries.

The Category 5 Hurricane Dorian — which first made landfall Sept. 1 — resulted in the indefinite closing of St. Francis de Sales School in Abaco, which suffered both high winds and devastating storm surge. Mary, Star of the Sea Catholic Academy, Grand Bahama, has reopened, but many of the homes of students there were destroyed by the hurricane.

“This program, EORO, intends to provide personal care and individual attention to those most severely impacted by Hurricane Dorian,” Nassau Archbishop Patrick Pinder said in a statement. “This is charity alive and on a very human scale. This is what solidarity in action looks like.”

Separately, the Archdiocese of Nassau is appealing for material and financial support for other evacuees who have relocated to New Providence and who are not living in shelters but are living with relatives and who may be in need of assistance with food, blankets, sheets, towels and toiletries.

That outreach is being managed by the Nassau Archdiocesan Office of Family Life and is a direct response to evacuees coming mostly to New Providence from Mary Star of the Sea Parish on Grand Bahama and St. Francis de Sales and Sts. Mary and Andrew parishes on Abaco.

A recent report from the Bahamas Catholic Board of Education noted that while Abaco was most severely impacted by the storm, Grand Bahama received significant damage, with only five miles of the island not flooding. Flooded homes impacted approximately 85% to 90% of the student population.

Electricity and water have been restored on Grand Bahama, but many of the buildings are not livable.

The Bahamas death toll following Hurricane Dorian stands at approximately 70 people. One estimate puts the material damage there at $7 billion after the storm lingered over Abaco and Grand Bahamas for some 70 hours.

To obtain further information or to receive instructions on making a wire transfer to the initiative, email jalbury@cec.edu.bs.

NEXT: Catholics lead rosary on way to DACA rally outside Supreme Court