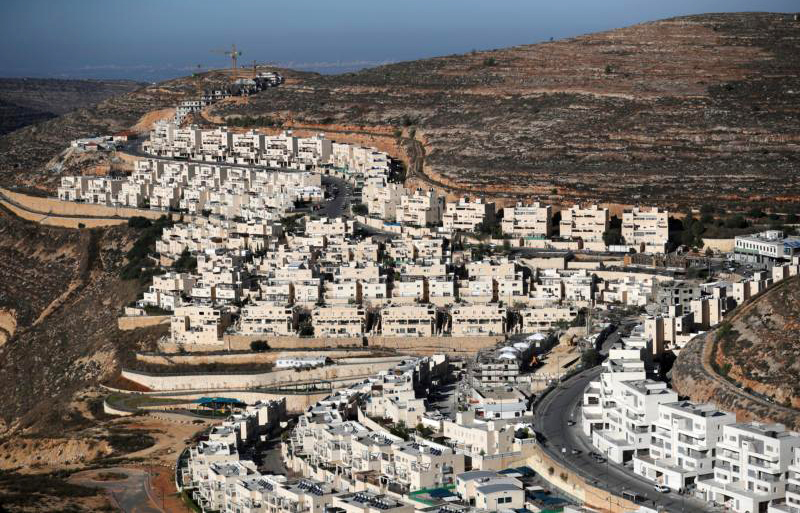 The construction of the Israeli settlement of Ramat Givat Zeev is seen Nov. 19, 2019, in the occupied West Bank. The Vatican reiterated its call for a two-state solution in the Holy Land after U.S. Secretary of State Mike Pompeo announced that the United States would no longer recognize the illegality of Israeli settlements in the West Bank. (CNS photo/Ammar Awad, Reuters)

VATICAN CITY (CNS) — The Vatican reiterated its call for a two-state solution in the Holy Land after U.S. Secretary of State Mike Pompeo announced the United States would no longer recognize the illegality of Israeli settlements in the West Bank.

In a statement released Nov. 20, the Vatican said that in the “context of recent decisions that risk undermining further the Israeli-Palestinian peace process and the already fragile regional stability, the Holy See reiterates its position of a two-state solution for two peoples as the only way to reach a complete solution to this age-old conflict.”

The Vatican also reiterated that it supports Israel’s right “to live in peace and security within the borders recognized by the international community.” However, it also “supports the same right that belongs to the Palestinian people, which must be recognized, respected and implemented.”

“The Holy See wishes that the two parties, negotiating directly with each other, with the support of the international community and in compliance with United Nations resolutions, may find a fair compromise which takes into account the legitimate aspirations of the two peoples,” the statement said.

The Assembly of the Catholic Ordinaries of the Holy Land support the statement issued by the Vatican, a spokesman for the assembly told Catholic News Service.

While the Vatican’s statement did not refer to any particular incident or policy, it comes nearly two days after the U.S. government’s decision to reverse the 40-year-old policy established by the State Department in 1978 upon recommendation from its legal adviser, Herbert J. Hansell. 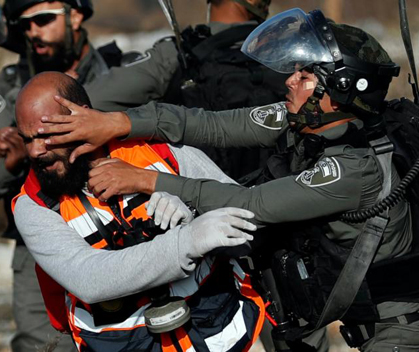 A Palestinian medic is pushed back by an Israeli border policeman as he tries to help a wounded demonstrator Nov. 16, 2019, during an anti-Israel protest near the Jewish settlement of Beit El in the Israeli-occupied West Bank. (CNS photo/Mohamad Torokman, Reuters)

The legal opinion, known as the Hansell Memorandum, stated that the establishment of Israeli settlements in Palestinian territories “is inconsistent with international law.”

Announcing the U.S. shift in policy Nov. 18, Pompeo said the memorandum’s assessment “has not advanced the cause of peace.”

“The hard truth is that there will never be a judicial resolution to the conflict, and arguments about who is right and who is wrong as a matter of international law will not bring peace,” Pompeo said, according to NPR.

The issue of Israel establishing settlements in Palestinian territories has long been an impediment to the peace process. The West Bank, which along with the Gaza Strip was captured by Israel in 1967, forms part of the area offered to Palestine by the U.N. for the establishment of a prospective state.

However, under Prime Minister Benjamin Netanyahu, the Israeli government has doubled down on the establishment of settlements, citing that the West Bank, known in the Bible as Judea and Samaria, historically belonged to the people of Israel.

“Somebody needed to say a simple truth, and President Trump did this, just as he did with the recognition of the Golan Heights and the moving of the U.S. Embassy to Jerusalem,” Netanyahu tweeted.

Saeb Erekat, secretary-general of the Palestine Liberation Organization, said the Trump administration’s decision threatens “the international system with its unceasing attempts to replace international law with the ‘law of the jungle.'”

The establishment of civilian settlements, he added, had been defined as illegal by international law and under “the Rome Statute of the International Criminal Court; Israel’s long-standing settlement policy in occupied Palestine falls within the definition of war crimes.”

“The international community must take all necessary measures to respond and deter this irresponsible U.S. behavior, which poses a threat to global stability, security, and peace,” Erekat said. “The only way toward achieving peace in Palestine, Israel and the entire Middle East is with the freedom and independence of the state of Palestine on the 1967 border, with East Jerusalem as its capital.”

NEXT: Bad idea to send asylum-seekers to jungle, Guatemalans say