Pray for the dead, gain indulgences for them, cardinal urges Catholics 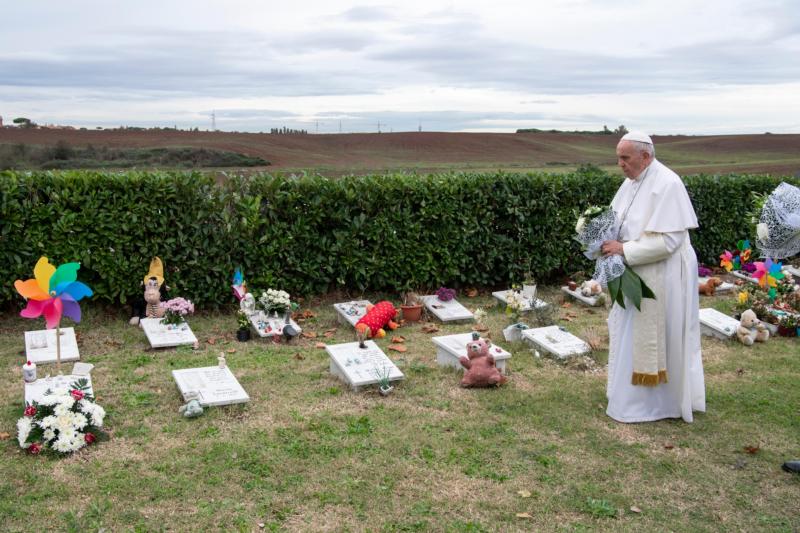 VATICAN CITY (CNS) — The early November feasts of All Saints and All Souls are reminders that God’s church exists both on earth and in heaven and that all the faithful, living and dead, can and should pray for each other, a top Vatican official wrote.

Cardinal Mauro Piacenza heads the Apostolic Penitentiary, a Vatican court that deals with matters of conscience and with indulgences, an ancient practice of prayer and penance for the remission of the temporal punishment a person is due for sins that have been forgiven.

While drawing on the merits of Jesus and the saints, the faithful can claim the indulgence for themselves or offer it on behalf of someone who has died; in the month of November the church offers Catholics special indulgences to be applied to those who have died.

Cardinal Piacenza, in a letter posted on the penitentiary’s website, told Catholics that as November begins with the feast days commemorating all the saints — known and unknown — and all the faithful who have died, it is a special month for remembering the “heavenly dimension” of the church, which includes “all our brothers and sisters who have been saved and have already left this world.”

At the feast day Masses and in personal prayer, the cardinal said, “we are called to draw copiously from the limitless treasure of communion” between Catholics living and dead, a communion that has a very particular expression in “the reality of the indulgence.”

Through prayer, confession, receiving the Eucharist, giving alms and performing works of mercy, he said, Catholics cooperate with “Christ’s great work of redemption.”

The November indulgences are granted for those who visit a cemetery to pray for the dead, receive the sacraments of reconciliation and the Eucharist around the time of the visit, recite the Creed and pray for the intentions of the pope.

Through those “simple and concrete gestures,” Cardinal Piacenza wrote, Catholics “reaffirm their full communion with the church.”

At the same time, “humbly kneeling in the confessional, confessing all of one’s sins with a contrite heart and imploring divine mercy,” he said, Catholics not only receive the supernatural grace of the sacraments, but they strengthen their faith.

“So, let’s go, or rather, let’s run to the confessional in these holy days,” he wrote. “Let us humbly and devotedly, joyfully and generously accept the gift of the plenary indulgence and offer it, with generosity, for our brothers and sisters who, having crossed the threshold of time, can no longer do anything for themselves but can still receive our charity.”

Offering the indulgences for one’s dearly departed, he said, “our relationship of love with them continues and is reinforced.”

Cardinal Piacenza also expressed his hope that in November priests would be particularly generous with their time in offering people the sacrament of reconciliation and that doing so would “make a shower of grace pour down on the church.”

PREVIOUS: Death comes to those who forget it, pope says