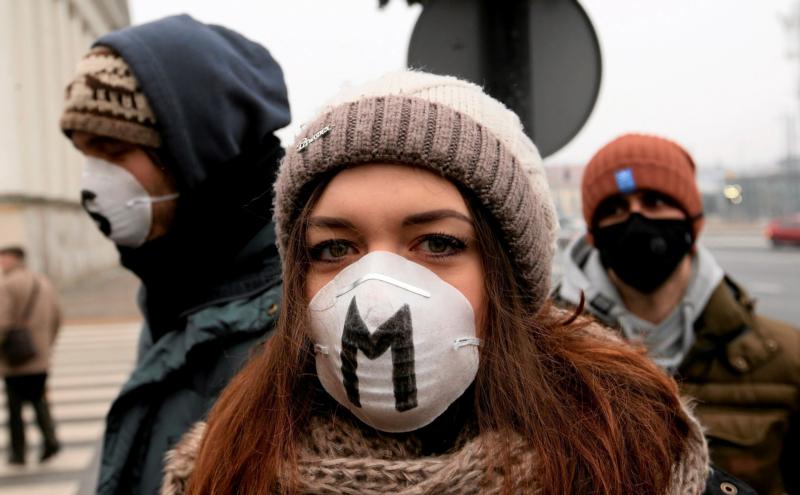 The pope expressed his hope that current agreements, “as well as other praiseworthy initiatives of the global community on care for our common home, can continue on this complex, challenging, but always stimulating path,” he said in a written message Nov. 7.

The pope’s message was addressed to those attending a meeting of state parties to the Montreal Protocol on Substances that Deplete the Ozone Layer. The protocol and later revisions aim for phasing out the production of substances known to deplete ozone in the stratosphere, which absorbs a large amount of harmful ultraviolent radiation reaching the earth’s surface.

Entering into force in 1989, it became “the first convention of the United Nations system to gain universal endorsement on the part of the entire family of nations, which today numbers 197 signatory states,” the pope wrote.

This legally binding instrument has “yielded positive results” as many scientific studies have shown the thinning of the ozone layer is gradually being reduced, he wrote.

This success effort offers the world “three lessons that we can learn from,” he said in the message.

First, it is important to look at how the agreement “arose from a broad and fruitful cooperation among different sectors: the scientific community, the political world, economic and industrial actors and civil society” working together in dialogue with a clear sense of shared responsibility.

This shows that when there is this kind of cooperation, people can “achieve important outcomes, which make it simultaneously possible to safeguard creation, to promote integral human development and to care for the common good, in a spirit of responsible solidarity and with profound positive repercussions for present and future generations,” he said.

The lesson here is to give “real life to dialogue for the sake of shared responsibility for the care of our common home, one in which no one ‘absolutizes’ his or her own point of view.”

The second lesson is to recognize “this cultural challenge cannot be met solely on the basis of a technology that, presented as the only way of solving these problems, in fact proves incapable of seeing the mysterious network of relations between things and so sometimes solves one problem only to create others.”

That means limiting ozone-harming substances is not enough, as seen with the 2016 Kigali Amendment, which aims to prohibit hydrofluorocarbons, which are a so-called “greenhouse gas” and affect the warming of the atmosphere.

“In this regard, I am pleased to announce the intention of the Holy See to adhere to the Kigali Amendment. With this gesture, the Holy See desires to continue giving its moral support to all those states committed to the care of our common home,” the pope said.

The third lesson, he said, “is the importance that this care for our common home be anchored in the realization that everything is connected,” which was recognized in the Kigali Amendment.

“We are living at a historic moment marked by challenges that are pressing yet stimulating for the creation of a culture effectively directed to the common good. This calls for the adoption of a farsighted vision on how most effectively to promote integral development for all the members of the human family, whether near or far in space or time,” he wrote.

NEXT: Christians are called to serve Christ in the poor, pope says