They stand up, and speak up, for sanctity of life 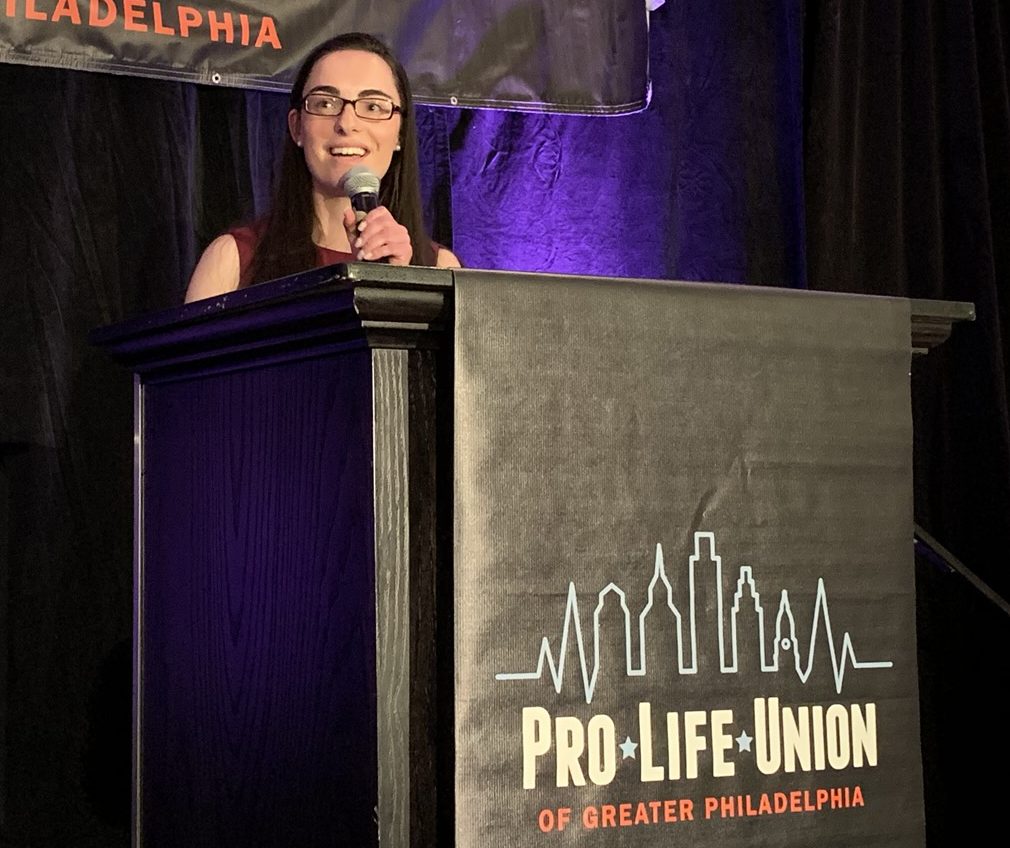 Rachel Guy, whose parents were advised to abort her due to a poor pre-natal diagnosis, delivered the keynote address at the 38th annual “Stand Up for Life” dinner, hosted by the Pro-Life Union of Greater Philadelphia on Nov. 24 in Center City. (Gina Christian)

When Rachel Guy was just 22 weeks old, several doctors urged her mother to have an abortion.

They explained that a “chromosomal abnormality” would very likely leave Rachel blind and deaf.

Guy’s parents advised that abortion violated their deeply held religious beliefs, and sought out a new team of physicians who supported their decision to bring their baby to term. Arriving via Caesarean section, and with a birth weight of just over one pound, Guy spent five and a half months in neonatal intensive care.

Now a young adult with full faculties of sight and hearing, Guy recently shared her life story at a major gathering of the area’s pro-life organizations.

Guy was the keynote speaker of the 38th annual “Stand Up for Life Dinner” held Nov. 24 at the Philadelphia 201 Hotel in Center City.

Sponsored by the Pro-Life Union of Greater Philadelphia, the event drew more than 1,250 attendees, including dozens of high school and college students who were honored during a “roll call” of represented Catholic schools by Father Christopher Walsh, chairman of the Pro-Life Union’s board and master of ceremonies for the dinner.

Father Walsh, the pastor of St. Raymond of Penafort Parish in Philadelphia, welcomed guests by showing images of babies that had been assisted by the Pro-Life Union’s member agencies during the past year. Among them, Philadelphia-based Guiding Star Ministries, which now partners with archdiocesan Catholic Social Services, has cared for about 240 single pregnant women since its opening in 1992, said Father Walsh.

He added that more than 400 calls and texts had been exchanged last year through the Pro-Life Union’s pregnancy hotline (484-451-8104), and he urged attendees to keep the number handy.

“God might be using you to save a life,” he said. 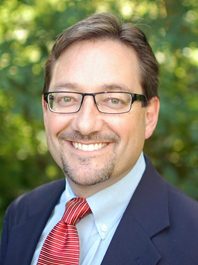 Tom Stevens, president and CEO of Pro-Life Union of Greater Philadelphia and of Guiding Star Ministries, based in Oreland, Montgomery County.

Stevens recounted a case where a young woman had reconsidered her intention to seek an abortion after seeing volunteers from 40 Days for Life, an international campaign that coordinates prayer vigils and community outreach in front of local abortion facilities.

The woman’s mother contacted the Pro-Life Union to thank them for their efforts, Stevens said, adding that the family told him they “couldn’t imagine life without the child.”

Guy’s parents felt the same, and advised their initial team of doctors that their “child’s value was not lost” despite possible blindness, deafness and intellectual disabilities.

“Medicine’s job was never meant to redefine personhood,” Guy said, adding that she was “born alive and squawking” despite the grim prenatal diagnosis.

Guy eventually wrote letters of forgiveness to the doctors who had recommended that she be aborted. However, because “not all medical professionals fight for life,” Guy said she founded His Love and Care ministry, which connects expectant mothers with pro-life medical professionals.

Dr. Monique Ruberu, a Montgomery County-based obstetrician and gynecologist, echoed Guy’s observation by sharing a painful example from her own medical training.

While still in her residency, Ruberu was asked by a professor and mentor to assist with an abortion. After reminding him that her beliefs would not permit her to perform the procedure, she allowed the professor to convince her the abortion was necessary due to a “fetal anomaly,” and she would not directly participate but only provide confirmation that the procedure had been completed.

Speaking through tears, Ruberu said she was tasked with “putting together the pieces of this child” to ensure it had been fully removed from the mother’s womb.

“I stood there and put the small arms and legs and body back together,” said Ruberu. “And with tears pouring down my face, I knew then I would never again put anyone in front of God or these sweet, innocent children.”

Now a board member of the Pro-Life Union, Ruberu speaks extensively in support of the pro-life movement, and in 2018 co-founded Sidewalk Servants, whose members volunteer one or more hours per month to pray and to offer pro-life resources to women visiting abortion centers.

During the dinner, several local pro-life advocates were recognized for their work in promoting alternatives to abortion.

Temple University junior Karly Brown was the recipient of the John and Harriet Stanton Young Leader Award to acknowledge her work with that school’s Students for Life of America chapter.

Ashley and Joe Garecht, daughters Haley and Emily, and family friend Abby Griswold were given the St. John Paul II “Be Not Afraid” Award for their pro-life advocacy, which received national attention following an April 2019 encounter with State Rep. Brian Sims outside of a Planned Parenthood location in Philadelphia.

For some attendees, the event has become a tradition.

Twenty-year-old Danny of St. Agnes Parish in West Chester said he and his family have participated in the dinner since he was a child.

“It’s an evening of community, when we affirm that all life should be respected, from conception to natural death,” he said.

Benjamin Post, a ninth grader at Martin Saints Classical High School in Oreland, said the gathering represented “one body, all coming together in union against (abortion), something utterly wrong.”

“Life is valuable,” she said.

NEXT: Our Lady of Guadalupe calls us to change culture, attitudes