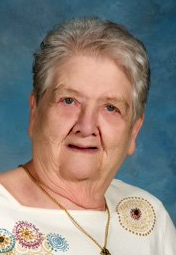 The daughter of the late John and Helen Gray, she attended St. Hugh Grade School and Little Flower High School in Philadelphia.

Sister Joan ministered in the Archdiocese of Philadelphia and the dioceses of Allentown, Camden and Harrisburg.

She was the sister of Jane Negler and the late John Gray. She is also survived by a sister-in-law, Olivia Gray, many nieces, nephews, grandnieces, grandnephews and members of her congregation, the Sisters of St. Joseph.

The funeral Mass was celebrated Oct. 29 at St. Joseph Villa.

Donations may be made in Sister Joan’s name to St. Joseph Villa, 110 Wissahickon Ave., Flourtown, PA.