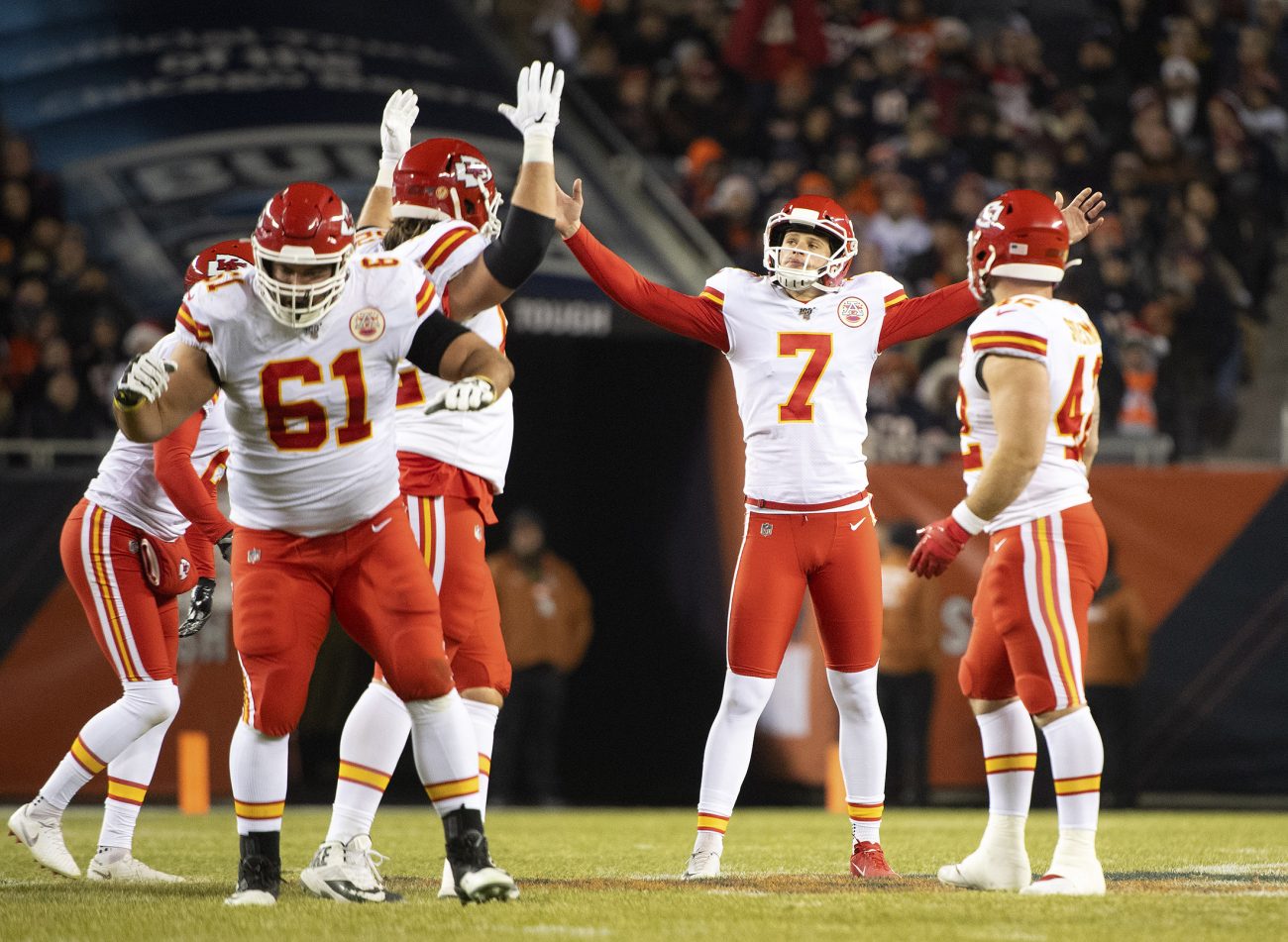 Catholic faith is a big part of Kansas City Chiefs kicker Harrison Butker’s life, which also includes dozens of accolades acquired since joining the NFL in 2017. But while attending Georgia Tech, that wasn’t the case. At that point, he was questioning the very foundations of faith.

“I was probably still Christian but probably only Christian in name,” Butker said. “I don’t know how firmly I believed in Jesus and what it means to be Christian.”

Then he met Grant Aasen, his teammate at Georgia Tech who had NFL aspirations of his own. Despite his aspirations, Aasen almost didn’t make it to college.

During practice for the Starr’s Mill High School in Fayetteville, Georgia, Aasen sustained a heavy tackle and his head smacked the turf, causing whiplash. Near the end of the game the following day, Aasen passed out on the sidelines and had a seizure. He suffered a subdural hematoma — massive bleeding in his brain. Aasen had a 1% chance of completely recovering. He survived and made a full recovery.

Six months after the incident, Aasen began to contemplate God’s role in the moment he could have died and that led to a deeper exploration of his faith.

Although Aasen grew up as a parishioner of Holy Trinity Church in Peachtree City, Georgia, he didn’t really know much about his Catholic faith.

“I had no idea what the Mass was, what the sacraments were, what the Catholic Church taught differently,” Aasen said. “So it was really just kind of slowly immersing myself in the Catholic faith and getting around guys and working on being a better man, what the Christian man should be.”

He not only worked on his faith, but also his skills in becoming a punter because, before the tackle, he was a running back and linebacker. Aasen still wanted to play football and worked hard enough to be able to walk onto the Georgia Tech team.

At a summer workout, Butker and Aasen met. The two didn’t start off on the greatest terms, but once Aasen made the team, they began talking and hanging out.

Aasen’s example of someone who was comfortable with his Catholicity inspired Butker to look at his own beliefs, including questions about the faith that had rattled his mind since high school. He began asking Aasen questions and his new friend pointed him to the Catholic Center on campus. Butker received the answers he was looking for from the college chaplain.

The major turning point for Butker was when he went to confession.

“My conversion, my reconversion back to the faith, really started with the sacrament of reconciliation,” Butker said. “(Confession was) taking ownership of my life and what I was doing and getting rid of the pride to confess my sins.”

“I really enjoyed the fraternal aspect of these Catholic men coming together,” Butker said. “We’re all Catholic men, we all believe that’s the truth. … (This) creates a lot of great friendships and bonds.”

Their friendship resolved the questions plaguing Butker and led to his reconversion — and it became a factor in Aasen’s discernment. Instead of playing football his senior year, the final year of his eligibility, Aasen gave up his NFL aspirations and decided to enter the seminary. Though he recently left the seminary, he continues to discern God’s plan for him and remains open to whatever path God is calling him to.

The depth of Aasen and Butker’s fraternity is deep even though they live in different parts of the country. Aasen was best man at Butker’s wedding, and they stay in touch about their lives, their families and their faith.

“We’re at two different states of life, but good fraternity is built off of the ability, the open communication to talk about what’s going on in one’s life and talk about the struggles and temptations,” Aasen said. “There is that mutual trust between brothers in Christ.”