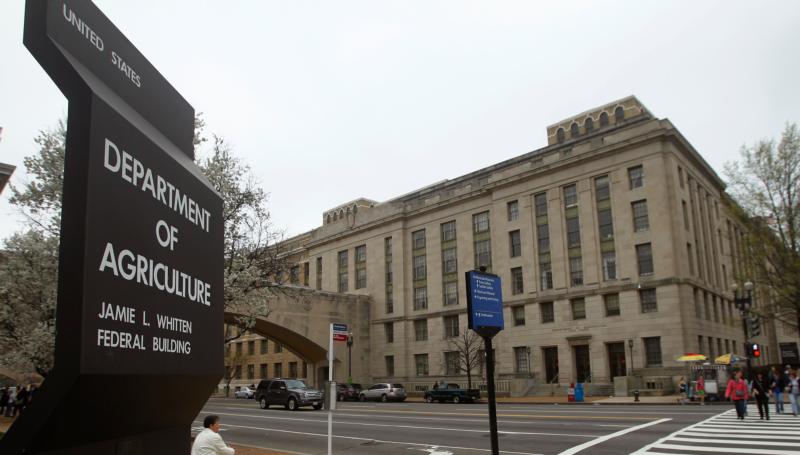 The U.S. Department of Agriculture is seen in Washington March 18, 2012. The USDA is one of several federal agencies that will be affected by proposed rules announced Jan. 16, 2020, by President Donald Trump to ensure faith-based service providers and organizations are not discriminated against in agency regulations or their grant-making process because of religion.

WASHINGTON (CNS) — President Donald Trump said Jan. 16 his administration is issuing nine proposed rules to ensure the nation’s faith-based service providers and organizations are not discriminated against by federal agencies’ regulations or in their grant-making processes because of religion.

Trump said his administration “is committed to ensuring religious organizations can compete on a level playing field for funding, without discrimination.”

“The proposed rules would eliminate burdensome Obama-era requirements that unfairly imposed unique regulatory burdens only on religious organizations,” he said.

He made the comments on the proposed rules during an Oval Office event on National Religious Freedom Day after he announced new guidance on prayer in public schools.

Trump said the Office of Management and Budget also was releasing a memo requiring federal agencies to ensure the grant-making practices of state recipients of federal funding comply with the First Amendment’s guarantee of religious freedom.

The federal agencies have 120 days to comply and provide evidence of updating their policies.

Supporters of the Trump administration’s proposed rules cite the U.S. Supreme Court decision in Trinity Lutheran Church v. Comer in 2017. The justices ruled Missouri had wrongly determined the church as a religious entity could not receive public funds for a playground used by students no matter their religion.

“Our nation has a proud heritage of religious freedom, and of religious institutions providing care and support to the poor and needy,” U.S. Secretary of Labor Eugene Scalia said in a statement about Trump’s proposed rules. Under these, he added, “religious organizations that receive federal grants may provide aid to the needy without posting a warning label regarding their faith.”

NEXT: Supreme Court to reexamine contraceptive mandate for religious employers