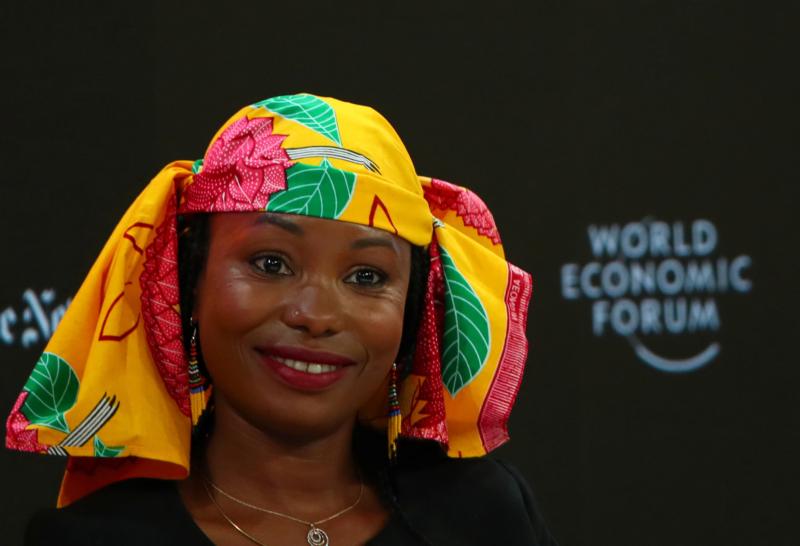 VATICAN CITY (CNS) — Pope Francis told global business and government leaders that everyone has the moral responsibility to seek the integral development of all people, but especially those who are in need, suffering injustice or whose lives are threatened.

“The moral obligation to care for one another flows from this fact,” which must never be forgotten, that “we are all members of the one human family,” he said in a message read to those attending the World Economic Forum in Davos, Switzerland.

Likewise, this means putting the human person, “rather than the mere pursuit of power or profit, at the very center of public policy,” he wrote.

The pope’s message was read to the assembly Jan. 21 by Cardinal Peter Turkson, prefect of the Dicastery for Promoting Integral Human Development; he attended the forum as the Vatican’s representative.

The annual meeting in Davos Jan. 21-24 brought together people representing business, government, academia and media to discuss the theme, “Stakeholders for a Cohesive and Sustainable World.”

With the World Economic Forum celebrating its 50th anniversary, Pope Francis said it has offered opportunities “to explore innovative and effective ways of building a better world. It has also provided an arena where political will and mutual cooperation can be guided and strengthened in overcoming the isolationism, individualism and ideological colonization that sadly characterizes too much contemporary debate.”

As the world begins a new decade, he said, the duty to put people first and protect their dignity “is incumbent upon business sectors and governments alike,” and must be part of the search for “equitable solutions to the challenges we face.”

“It is necessary to move beyond short-term technological or economic approaches and to give full consideration to the ethical dimension in seeking resolutions to present problems or proposing initiatives for the future,” the pope said in his message.

When practices and structures are “driven largely, or even solely, by self-interest,” he wrote, they often only see people as “a means to an end,” which, in turn “gives rise to real injustice.”

“A truly integral human development can only flourish when all members of the human family are included in, and contribute to, pursuing the common good,” he said.

“In seeking genuine progress,” he said, “let us not forget that to trample upon the dignity of another person is in fact to weaken one’s own worth.”

Pope Francis acknowledged the achievements made over the past 50 years and said he hoped those taking part in this year’s and future forums “will keep in mind the high moral responsibility each of us has to seek the integral development of all our brothers and sisters, including those of future generations.”

“May your deliberations lead to a growth in solidarity, especially with those most in need, who experience social and economic injustice and whose very existence is even threatened,” he said.

NEXT: Priest appeals for more shelters for volcano evacuees in Philippines