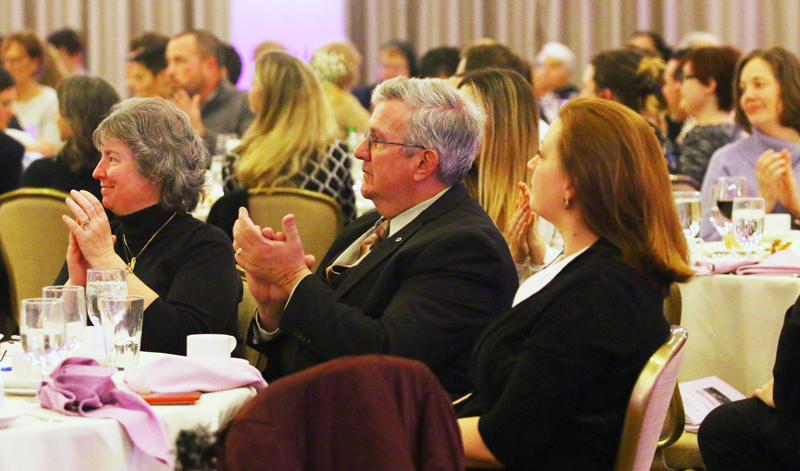 Participants of the 32nd annual Celebrate Life Banquet held by Pennsylvanians for Human Life Feb. 23 at the Springfield Country Club applaud a speaker on the program. (Photo by Sarah Webb)

When one attends pro-life events in the Philadelphia area or even the annual March for Life in Washington, D.C., it is easy to come away with the impression that the pro-life movement is just a Catholic thing, and no one else cares.

That is not as widespread as one might suspect.

Take Scott Klusendorf, an Evangelical Christian who was the main speaker at the 32nd annual Celebrate Life Banquet held by Pennsylvanians for Human Life at the Springfield Country Club on Feb. 23.

A graduate of UCLA who holds a master’s degree in Christian apologetics from Biola University in Southern California, he has been a fighter for human life for three decades.

Now 59 and living near Atlanta, Georgia, he and his wife Stephanie are parents of four children, Jeffrey, Tyler, Michael and Emily — “all pro-life,” said their dad.

He has been a pro-life speaker for 30 years, and credits his own Christian commitment to his Chaucer professor at UCLA, who exposed him to the Christian theology underlying the works of J.R.R. Tolkien and C.S. Lewis.

More specifically his own awakening to the pro-life issue came while he was an associate pastor at a church in Los Angeles and he heard a talk given by Gregg Cunningham, the founder of the Center for Bio-Ethical Reform. 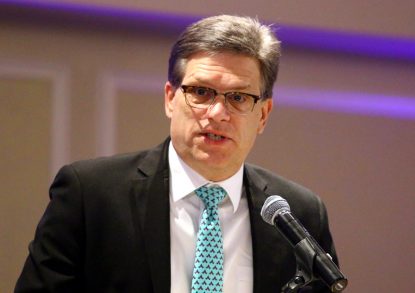 Scott Klusendorf, an Evangelical Christian pastor, speaks at the annual banquet of the Pennsylvanians for Human Life Feb. 23. (Sarah Webb)

“It changed my life and I felt I had to do something about it,” Klusendorf said. “I felt I can’t just pass on the other side of the road like the priest and the Levite did. I went home and told my wife my career was about to take a dramatic change. Six months later I started a ministry helping pro-life people making a difference in the public square.”

Since then he has spoken at more than 80 colleges and universities, countless Protestant and Catholic high schools and written extensively on the issue. As a matter of fact, the day after his talk at the Pennsylvanians for Human Life dinner, he gave talks at three archdiocesan Catholic high schools – Archbishop Carroll, Msgr. Bonner-Archbishop Prendergast and Cardinal O’Hara.

Among the high schools he speaks at, probably 80 percent are Catholic, he estimated. But even among Catholic schools, not all welcome a pro-life speaker. “They give lip-service to pro-life but won’t allow speakers,” he said.

Interestingly, in this post-Vatican II era when the different denominations including Catholic have been more open to ecumenism and dialogue, Evangelicals have been more wary of this than most.

Has this mutual opposition to abortion helped Evangelical-Catholic relations?

“As a Protestant I am grateful for my Catholic friends who were in the forefront on this issue before Protestants were,” Klusendorf said. “Let’s face it, without the Catholic influence the pro-life movement would have died. We can disagree on theological issues without demonizing each other. We can discuss them over beer and cigars then roll up our sleeves to help defend life.”

While Klusendorf has been teaching pro-life especially to mostly young people for three decades now, he admits he sometimes gets discouraged.

“But I am persuaded I am required by God to speak truth whether the people are listening not, he said. “God told the prophet Jeremiah to go preach against child sacrifice (Jer. 19-5), and told him ‘nobody is going to listen to you.’

“My job is more encouraging than the one he was given,” Klusendorf said. “My job is to put a pebble in their shoe, something to think about after I am gone, maybe when they are facing a crisis, or a friend is considering an abortion. My job is to speak the truth and let God do the work.”

It is the same as the work of Pennsylvanians for Human Life, which has been celebrating life for decades. 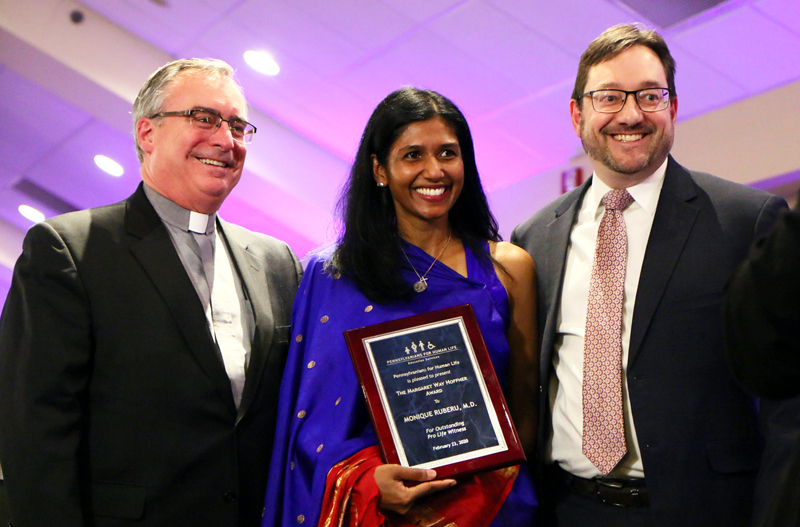