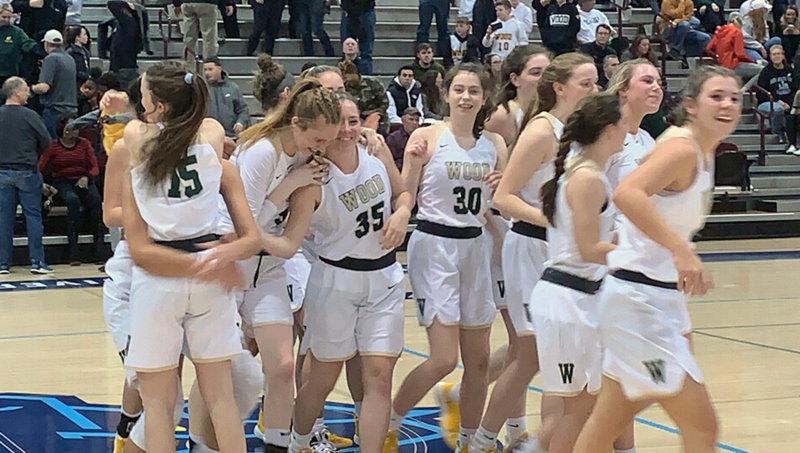 It will be a fitting final.

The only team to defeat Archbishop Wood so far has been West Catholic. So, of course, the basketball gods decided to have a little fun, as the two squads will meet in the Catholic League girls’ basketball championship on Feb. 24 at the Palestra.

West Catholic’s 66-56 win over visiting Wood back on Feb. 4 was not a fluke. The Burrs were the better team and deserved the victory, something the Vikings readily admit.

Clearly, these are the two best teams in the league. Wood went 11-1 and defeated eight-seed Lansdale Catholic in the quarterfinals by 39 points. After a 3-4 start, West Catholic has won seven straight, the last five by an average of 12 points.

The Burrs’ 66-54 semifinal win over Neumann-Goretti at Jefferson University on Feb. 20 imitated a tennis match, particularly in the third quarter when there were six lead changes. The two-seed Saints took a 40-39 lead into the fourth quarter, and that is when West Catholic raised its game to a different level.

“At the start of the fourth quarter I asked the kids to disregard all the mistakes they made, and all the jitters and in all the possessions that we didn’t trust each other,” said West coach Beulah Osueke. “If they really wanted to win, just dig in and have heart. The kids responded.”

And how. The Burrs outscored the stunned Saints by 27-14 over the final eight minutes. Senior Tamiah Robinson (five total rebounds) spearheaded the dominance, scoring 12 of her 22 points in the final frame. Junior Ciani Montgomery tallied 10 of her 15 in the fourth, and junior standout Destiney McPhaul added five to finish with 22 points to go along with a game-high 13 rebounds, five assists, two steals, and two blocks.

McPhaul was confident in the fourth quarter despite knowing what was at stake.

“It was a game of runs,” she said. “Everybody had some. It depends who had the last one. We came together as a team and finished out strong. We had a different mindset.”

The all-around effort provides the Burrs an opportunity to capture their first title since 1998.

“We made history tonight,” said Robinson, one of only two West Catholic seniors, the other being Kaori Saunders. “I’m speechless.”

When Archbishop Wood takes the court and seeks its first title since 2016, it will do so with a chip on its shoulder that is exactly one year old, when the Vikings lost an overtime thriller against Archbishop Carroll in the championship.

“After last year, we had Palestra in our minds,” said Wood junior Kaitin Orihel. “From the minute we lost, it was honestly the worst feeling ever. We’ve been working every single day with the goal to get back to the Palestra.”

In the 57-49 semifinal win over Cardinal O’Hara (28 points by junior Amaris Baker), Orihel finished with 15 points, with seven coming in the fourth quarter. Sophomore Ryanne contributed a game-high 18, aided by 11 in the third. Larsen and sophomore Bri Bowen each had seven rebounds. Senior Lindsay Tretter offered two big three pointers in the first half. Junior Dana Kiefer added four boards and two blocks.

“This did not come easy,” said Orihel. “To be able to get this win and get back to the Palestra, we could not be happier. Last time we played them (a 49-46 win in which Orihel drilled a three-point swish at the buzzer to secure the victory), we almost lost. We knew we couldn’t take them lightly. We knew they were coming for us. We had to settle down and play our game.”

That West Catholic ruined Wood’s perfect season is not part of the equation.

“It’s not really the opponent,” said Orihel. “It’s the plaque that we are playing for.” 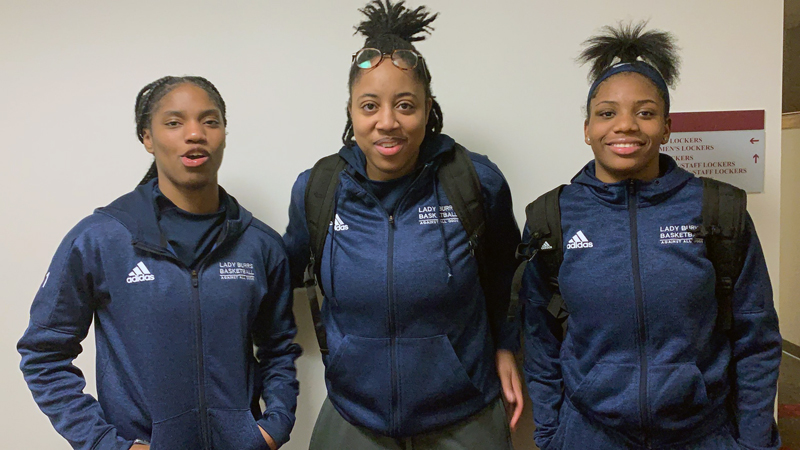 PREVIOUS: Two PCL giants to meet in finals on Monday

NEXT: Girls’ title game an instant classic, by any definition