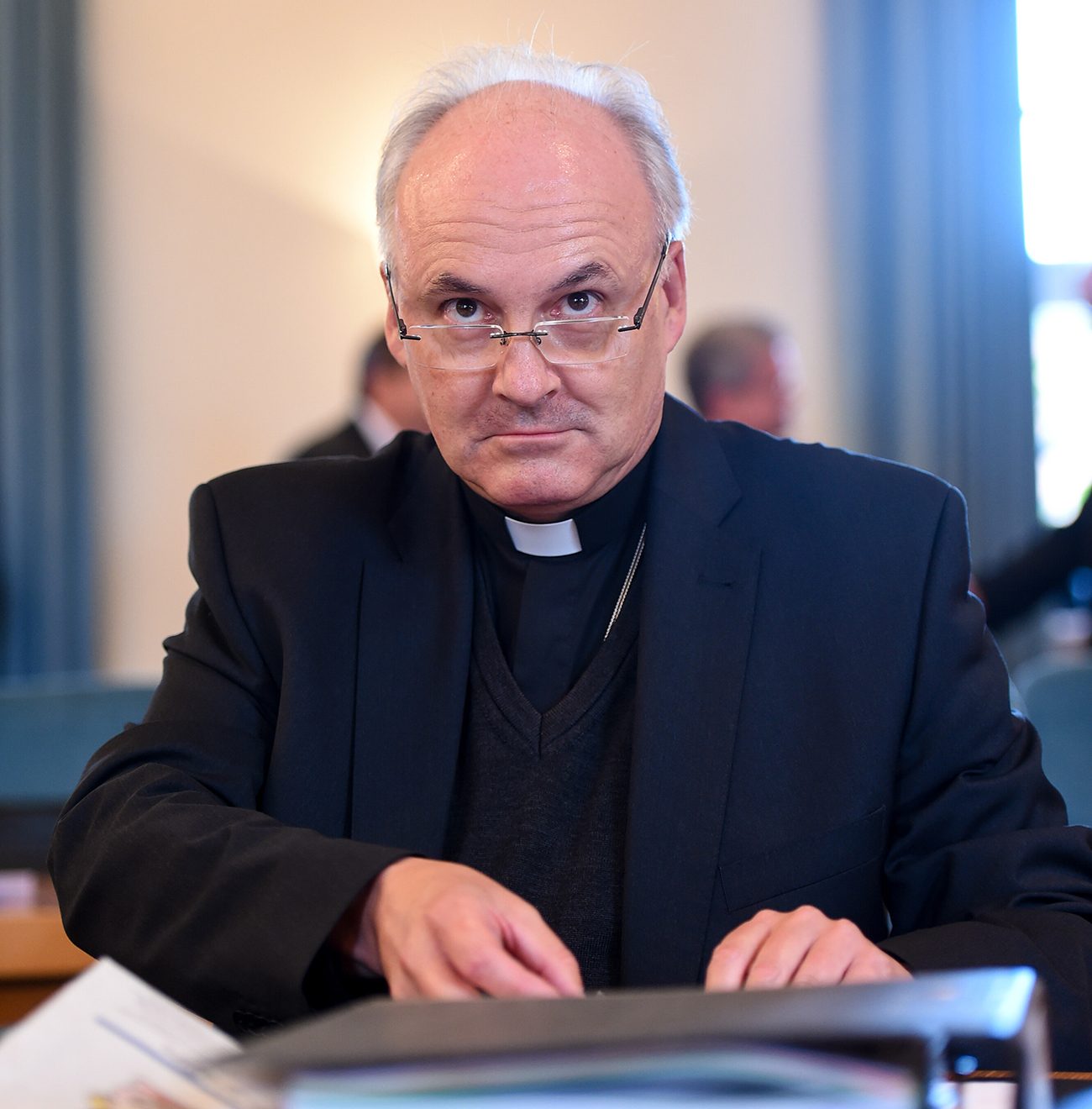 In an effort to end politicization of the office, Bishop Rudolf Voderholzer of Regensburg has proposed rotating the presidency of the German bishops' conference. Bishop Voderholzer is pictured in a Sept. 25, 2017, photo. (CNS photo/Harald Oppitz, KNA)

REGENSBURG, Germany (CNS) — Just ahead of the German bishops’ conference spring meeting to elect a new president, Regensburg Bishop Rudolf Voderholzer has proposed a new system for the group’s leadership. In the weekly newspaper Die Tagespost, he said that instead of electing a president to a six-year term, the office should rotate among all the archbishops every three years. The rotation could take place in alphabetical order.

“It would spare a debate about personnel, about any kind of election campaigning and thereby the politicking that goes with it,” Bishop Voderholzer argued. The German Catholic news agency KNA said Bishop Voderholzer reasoned the office would be spared factional disputes, and the fact that the presidency would, over time, touch every region of Germany would also certainly not be a disadvantage.

In Germany, bishops and Catholic laypeople have launched a reform project called the Synodal Path to discuss the future of the church. Among the bishops there are differing opinions about the project and the future direction, KNA reported.

What is important is to take the wind out of the sails of the existing factional thinking, Bishop Voderholzer said.

“I am worried that the office of the president would be very politicized by an election,” he said. What is needed instead is to promote everything “that leads us bishops to greater unity.”

In his view, a rotating model among the archbishops would fit “very well with the Catholic understanding of church” and with the ideas of Pope Francis. The bishops said last year, Pope Francis clearly strengthened such metropolitan thinking when he expanded the canonical authority of the archbishops.

A term of three years appeared reasonable to him because it would be a manageable period that would keep the strain of the office within bounds. The bishops should discuss all these issues calmly, “even if we only arrive at a decision in the autumn full assembly,” Bishop Voderholzer said.

Three-year presidential terms are found in bishops’ conferences elsewhere, such as in the United States. Since World War II, the presidency in Germany has been held most often by the archbishops of Cologne and Munich, each twice.

The current president, Cardinal Reinhard Marx, just recently surprised his colleagues with the announcement that he would not stand for reelection at the upcoming spring assembly.

His vice president, Osnabruck Bishop Franz-Josef Bode, has already said he is not available for the position. Cardinal Rainer Maria Woelki of Cologne has also ruled out running for president in the March 3 election.

NEXT: Bishops seek international help for Nigeria to fight insecurity