Amid pandemic, half of U.S. seminarians in Rome go home 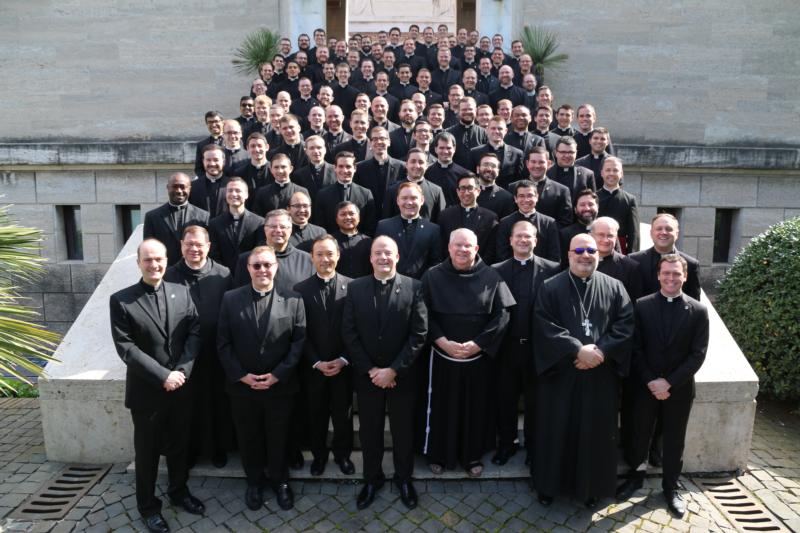 ROME (CNS) — About half of the U.S. seminarians and priests living at the Pontifical North American College and the Casa Santa Maria in Rome have left the locked-down city, the rector said.

At the NAC, the seminary on the Janiculum Hill overlooking the Vatican, 92 seminarians remained as of March 16, Father Peter C. Harman, the rector, told Catholic News Service. The enrollment this year was 192, he said.

“Thanks be to God that our priests and seminarians remain in good health and spirits,” the NAC posted on its Facebook page March 14. “About one-half of the residents of the Casa Santa Maria and the seminary campus have remained in Rome.”

“Classes taken remotely through the internet, regular and added activities, and our common prayer together are keeping us focused,” the post said. “We have the supplies and plans to get through this aggressive precautionary quarantine in Italy.”

Some students began leaving soon after classes at all universities, including the pontifical universities in Rome, closed March 5 in an attempt to slow the spread of the coronavirus. Contacted by CNS the next day, officials of the NAC declined to comment on the decision of students, their bishops and their vocations directors about returning to the United States or remaining in Rome.

Many of those who left did so March 11-12, Father Harman told CNS in an email March 16.

Italy began a nationwide lockdown March 10, although it allowed shops, coffee bars and restaurants to stay open until 6 p.m. Two days later, the government tightened the measures, allowing only grocery stores, pharmacies and newsstands to remain open. While taking steps to ensure people stayed home, the measures still allow Italians and foreigners to get on trains or planes to get home.

The ban on travelers from Europe entering the United States was announced by President Donald Trump March 12 and went into effect the following day. U.S. citizens living in or visiting Europe are exempt from the ban, although many flights to the United States have been canceled and planes coming from Europe may land only at designated airports equipped to do a health screening of passengers entering the country.

Father Harman told CNS none of the students who left were forced to go. “Those whose bishops and vocation directors desired their students to come home were allowed.”

Meanwhile, on the big campus on the Rome hill, “we are obeying the Italian requirements for separation from the outside.”

Most of the students who stayed at the NAC, he said, decided “they would rather be here with each other, with the resources, sacraments, library, Wi-Fi, food service, etc. than be on a quarantine at home alone.”

NEXT: Confession by phone could be right in some situations