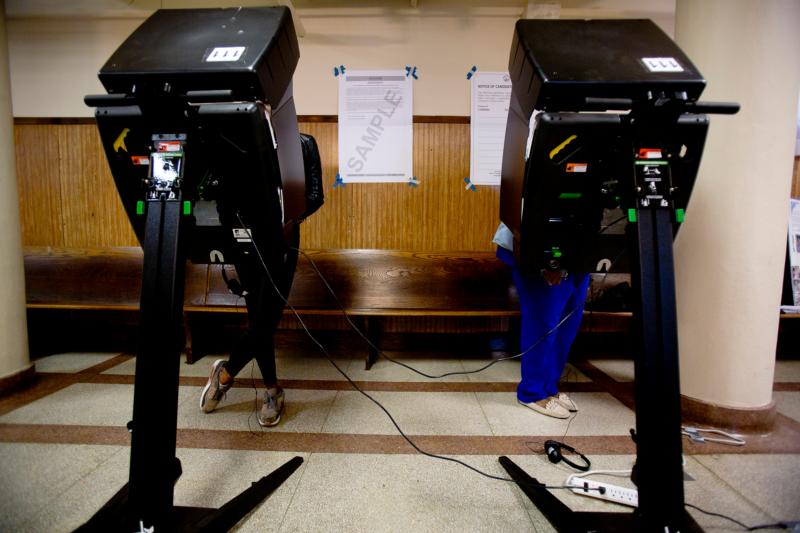 WASHINGTON (CNS) — The current stilling of the partisan waters during the coronavirus pandemic may be just a mirage, as the nation is just a few months removed from a presidential impeachment trial, and about a half-year away from a presidential election.

While rancor has been a key watchword for much of the past decade, there are Catholics who are taking seriously the “Civilize It” initiative by the U.S. bishops’ Department of Justice, Peace and Human Development and implementing it in ways that makes sense to them.

The state of Oregon hasn’t elected a Republican to statewide office in nearly 20 years, according to Matt Cato, director of the Archdiocese of Portland’s Office of Life, Justice and Peace, but rather than describing it as a reliably Democratic state, Cato describes residents’ attitudes as more libertarian.

“If your principles are conservative, it’s like, ‘Government, stay out of my guns, my property, my taxes,’ and if you’re a Democrat, ‘Don’t bother with what I can do with my body and who I can marry.’ It just manifests itself that way out here,” Cato said.

He cited a 2014 bid by the state Legislature to allow immigrants illegally in the country to obtain driver’s licenses. Before the bill could take effect, opponents got enough petition signatures to put repeal of the measure on that November’s ballot, and “it got massively defeated” with repeal carrying 69% of the vote; “holy cow,” Cato said.

Lawmakers passed another version of the bill in 2015 with opponents still doggedly trying to get a repeal referendum on the ballot.

And, despite the state’s “blue” status, the death penalty is part of the Oregon Constitution. The last execution was in 1962, then-Gov. John Kitzhaber issued a moratorium on capital punishment in 2011, and the state Senate passed a bill last year to limit the crimes that could carry a death sentence. But “nobody believes you could put a repeal of the death penalty on the ballot and get it passed,” Cato said.

Cato writes a monthly column outlining the church’s positions on the leading issues of the day. It’s a guarantee at least some of his readership will love what he says, he noted, so he has to warn them, “You’re going to be ticked off next month because I’m Catholic.”

That’s reflective of the many political flare-ups in a state where one-third of the voters are registered independents.

People in Oregon who are “ardently” opposed to abortion are “vociferous, they’re unrelenting,” Cato said, acknowledging up front that he was generalizing. “That’s how you get things accomplished, but it’s their sole-focus issue. And I hate to use it because it becomes a cliche, but it becomes a binary choice. To them, it’s like all the other issues that are important to Catholics don’t matter. It’s all about abortion, repealing abortion, and getting your judges — especially the Supreme Court justices — and the ‘right’ ones, and I’m using air quotes,” he added.

“I have a lot of friends in a lot of parishes who are the same way on the other side,” Cato told Catholic News Service. “If that’s your focus, then you’re not going to listen to what other people say about candidates.”

As for a certain candidate, “If someone doesn’t like (President Donald) Trump, they really don’t like Trump, in my observation. And if you like Trump, you really like him,” said Cato, emphasizing “really” as if he were Sally Field accepting her second Best Actress Oscar. It was the same way with Barack Obama, noted Cato, a history major in college. “I haven’t seen this before Obama. … I have not seen these same reactions.”

Cato remarked, “Our faith should shape our values,” but for some, “they want their faith to conform to their values.”

He said he makes the argument that the church is “one body with many parts. We all need each other. But I wish folks would hold everything in their hearts and pray for them. We’re Catholics, we’re about both-and, not either-or.”

Sounds like fertile ground for a “Civilize It” campaign.

On Nov. 3, 2019, one year ahead of this year’s presidential election, the U.S. Conference of Catholic Bishops introduced the campaign at parishes around the country. It asks Catholics to model civility and love for neighbor and stresses that respectful dialogue can occur among people with differing political views.

Resource materials supporting the initiative include a pledge to civility, which can be taken by individuals and communities; resources for prayer and reflection including pastoral aids and a prayer for civility; tips for civil dialogue; and promotional materials and other tools.

“The first thing: I took all the information (from the USCCB) and distilled it into something I thought was more easily readable to people in my areas: parish life and social justice and respect life,” Cato said, followed by a PDF binder ad toolkit for Portland archdiocesan activists.

“Then I was on our Catholic radio station, Mater Dei Radio, and I talked about what ‘Civilize It’ was (during) the first part” of his guest stint, he added. “There was going to be a second interview on Mater Dei Radio, but the coronavirus hit and we haven’t been able to resume our biweekly productions.

“But I sent a link of the podcast from the radio station and I sent it to all my ministry folks. I sent them that toolkit … and I’m hoping to do more.”

Since 2000, Florida has been seen as a “battleground” state, originally in presidential elections and, ultimately, in just about every contested election.

In the Diocese of St. Petersburg, which includes the city of Tampa across the bay from the see city, the rollout of “Civilize It” exactly one year before the 2020 presidential election didn’t gather momentum, according to Sabrina Schulz, director of life, justice an advocacy. “Our parishes just didn’t pick up on it as much as I hoped it would.”

But one parish, on its own accord, unveiled “Civilize It” on New Year’s Day, with the intent of making civil discourse a New Year’s resolution. “I thought that was an interesting approach. … ‘What are your goals and objectives?'” Schultz told CNS. “I’ve tried to promote it to some other parishes.”

A centerpiece of the ongoing effort — also delayed due to COVID-19 priority shifting — is a video of diocesan Catholics taking the “Civilize It” pledge featuring the three C’s of civility, clarity and compassion.

“We got leaders of ministry, parish folks (on camera). We tried to get a variety of faces of the diocese, different ethnic communities, to say the pledge,” Schultz said. The resulting video, she added, will have “different people saying just a line or two from the pledge. The video will go from person to person.”

NEXT: New Mexico bishop to allow public Masses with restrictions