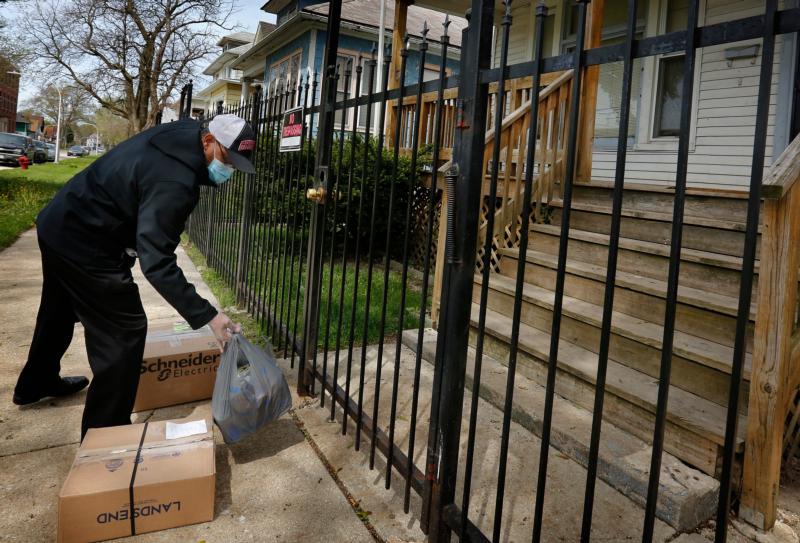 CHICAGO (CNS) — When the Illinois Department of Corrections began releasing inmates from state prisons to reduce populations during the COVID-19 pandemic, the staff from Kolbe House, the archdiocese’s jail and prison ministry, stepped up to help.

“People upon release typically have truly nothing but the clothes on their backs,” said MaryClare Birmingham, director of Kolbe House. “The great majority of people who are incarcerated came from poverty and are returning to poverty, so they are resource-poor in all ways.”

The Department of Corrections gives them a bus or a train ticket and $10, she said.

“For most people, their family and friends often have moved on or died or just aren’t there anymore or cut themselves off from the person,” Birmingham said.

During the pandemic, the Department of Corrections designated the Safer Foundation as the lead organization to help people being released into Cook County. Other organizations coordinate with the foundation to provide services. The foundation is sending newly released men and women to Kolbe House for help, Birmingham said.

“They have been referring to us regularly. Our caseload has basically doubled our normal in that way,” she said.

The men and women being released contact Kolbe House, usually within a few days of being released, and staff arrange to drop off immediate necessities like clothes, toiletries, a bus pass and gift cards to purchase groceries. Many of the people Kolbe House is helping during the pandemic are living in halfway houses where they must supply their own food.

“We help because it’s not only for the humanity of taking care of our brother and sister in need, but this makes a big difference in decreasing crime and recidivism,” she said.

Deacon Pablo Perez has been dropping off food and supplies to men and women newly released during the shutdown. Two members of the Ignatian Volunteer Corps are also helping. They are careful to maintain social distancing at all times.

“I just drop it off at the front of the halfway house where they are at. I call them and let them know that I’m there. They come out and I give it to them there, six feet away,” Deacon Perez said. “I’ll talk with them and check in and see how they are doing and what else they might need.”

He said the men and women have mixed emotions right now.

“They’re happy to be out, but they’re frustrated and stressed out because they don’t know what’s going to happen to them because no one is going to want to employ them now, not just because of their background but because of what’s going on,” he said. “They’re pretty much stuck.”

Deacon Perez shared the story of a man recently released from prison in southern Illinois who traveled to Chicago on Amtrak and then had to find his way to the halfway house. He had been in prison for 30 years and had no relatives or friends in the city.

“A lot of things had changed, and this guy was completely lost,” Deacon Perez said.

Kolbe House staff emphasize when they drop off food that they are also there to help accompany the person and form relationships with them as they reenter society, which is one of the ministry’s main focuses in normal times.

Birmingham said the COVID-19 crisis in jails and prisons is an opportunity to raise awareness of the challenges in the current correctional systems.

“It needs to be a system of holding people accountable for the wrong they’ve done, but it needs to become what it isn’t now and that is a channel for rehabilitation, restoration and reconciliation,” she said. “I welcome the light shining on that situation to the greater public.”

NEXT: Catholic educators wonder how to restart next school year