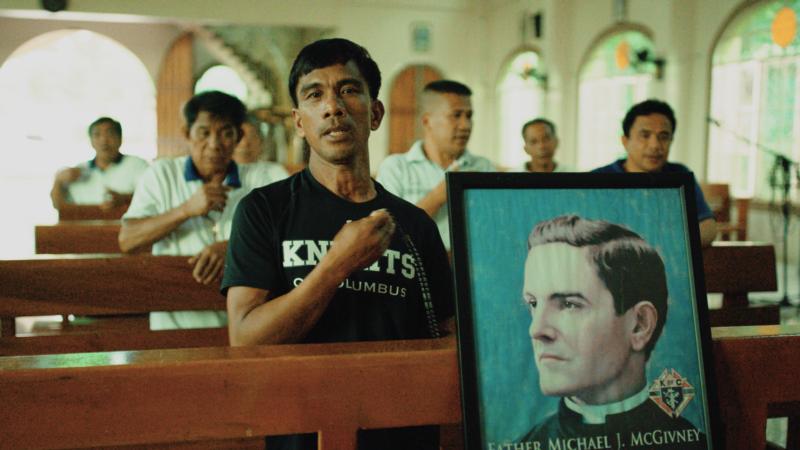 WASHINGTON (CNS) — Father Michael McGivney, the founder of the Knights of Columbus, may be an ideal prospective saint for the current age, said Carl A. Anderson, supreme knight of the international fraternal order.

“We’ve been praying for years for this to occur, and finally this day has arrived,” he told Catholic News Service May 27.

First, he’s a pro-life hero. The miracle recognized by the Vatican paving the way for his beatification occurred in 2015 and involved an U.S. baby, still in utero, with a life-threatening condition that, under most circumstances, could have led to an abortion.

He was found to be healed after his family prayed to Father McGivney. “The Vatican likes to be the one to discuss more details than that,” Anderson said.

The Vatican announced early May 27 that Pope Francis, who met with the board of directors of the Knights of Columbus in February, had signed the decree recognizing the miracle through the intercession of Father McGivney. Once he is beatified, he will be given the title “Blessed.”

Father McGivney (1852-1890), ordained a priest for what is now the Archdiocese of Hartford, Connecticut, founded the Knights of Columbus at St. Mary’s Church in New Haven, Connecticut, in 1882. The fraternal order for Catholic men has become the largest lay Catholic organization in the world with 2 million members and sponsors a wide range of educational, charitable and religious activities.

The Knights have set up a new website for Father McGivney’s sainthood cause at FatherMcGivney.org.

His beatification ceremony will be held in Connecticut sometime this fall — like all other events, scheduling is uncertain because of the COVID-19 pandemic — “and sometime after that, we’ll be looking for another miracle,” Anderson said.

Generally, two miracles attributed to the candidate’s intercession are required for sainthood — one for beatification and the second for canonization.

Father McGivney, who will be the first American parish priest to be beatified and has long been a hero of working-class Catholics, can be viewed as a martyr of a pandemic. When he died from pneumonia complications at age 38 in 1890, it was during an outbreak of influenza known as the Russian flu in Thomaston, Connecticut. Some recent evidence, according to the Knights, indicates the outbreak may have been the result of a coronavirus.

Anderson praised Father McGivney’s modesty and “dedication to charity and unity and the way he embodied the good Samaritan” after founding the Knights of Columbus, originally a service organization to help widows and orphans, in New Haven. At the time, Father McGivney, the son of Irish immigrants, who was born in Waterbury, Connecticut, was an assistant pastor at St. Mary’s Parish. He is buried in New Haven.

“Father McGivney did not want to be the leader of the Knights of Columbus,” Anderson observed. “He was at first the group’s secretary and then the chaplain.”

Further, Father McGivney’s legacy also includes “the empowerment of the laity” through service projects, Anderson said. “His work anticipated the Second Vatican Council. He created a universal call to holiness that gave the laity a way to be more faithful Catholics. He provided a mechanism for them to go into society and make a difference.”