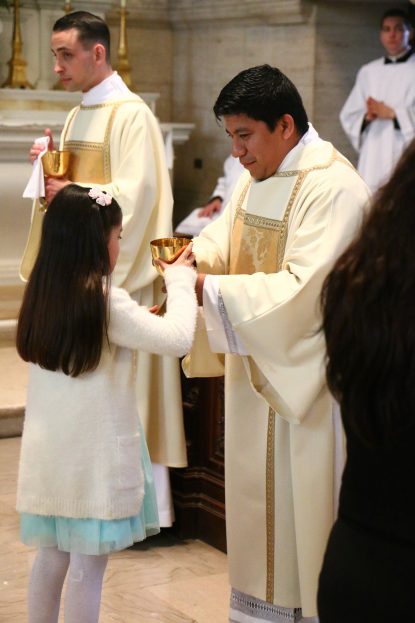 Cesar J. Izaguirre, 35, who is scheduled to be ordained to the priesthood for Philadelphia by Archbishop Nelson Perez on June 20, has had a long journey both in distance and time.

He was born into a devout Catholic family in Managua, Nicaragua, the youngest of the seven children of Bernardo Izaguirre and Maria Estabana Gonzalez.

From an early age he was exposed to the Neocatechumenal Way, a highly structured movement in the church that stresses community and evangelization through lay and clerical ministry. Most of his family were members and he joined at age 12.

Meanwhile secular pursuits were also stressed in the family. “I always did what my parents used to tell me: study and do a good job in school so that you can be a good and happy man like your siblings,” he said.

All of them had finished their education and become professionals — a lawyer, a doctor, a mechanical engineer, an industrial engineer and so forth. Cesar set out to be a systems engineer but because he also felt a pull to a religious vocation through the Neocatechumenal Way, he entered a minor seminary program in Managua.

In 2006, he was sent by his Neocatechumenal Way superiors to Guam, an island in the Western Pacific Ocean that was acquired by the United States from Spain after the Spanish American War. It remains as a U.S. territory and an important naval station. Although relatively small with a population of about 165,000, it is three-quarters Catholic and does have its own archdiocese, the Archdiocese of Agana and a seminary.

Although Cesar did not choose the assignment, he was content with it. “When you join the Neocatechumenal Way you agree to go wherever you are sent,” he said. 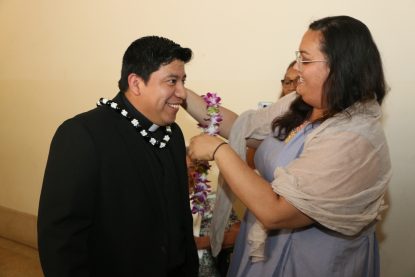 While continuing in missionary work, through the seminary he completed his bachelor’s degree and master’s degree in theology, but had not received major orders.

Two years ago he was transferred to the Philadelphia Archdiocese to complete his formation at St. Charles Borromeo Seminary, with residence at the House of Studies conducted by the Neocatechumenal Way at the former St. Louis Parish in Yeadon.

Last year he was ordained as a transitional deacon by Archbishop Charles Chaput, and has been assigned for ministry at Our Mother of Divine Providence Parish in King of Prussia.

“I like parish life,” he said. “It makes you realize you are living for God, not for yourself.”

Prayers that have sustained him include the rosary and the Divine Mercy Chaplet and just sitting with the Divine Office and the scriptures.

Through his travels, especially those years in Guam, he became a fairly good cook — fusion, naturally, and a self-taught mechanic.

Although happy in his vocation he admits there were times in the past when he wondered, had he made the right choice?

But he knows “God makes the choice and God does not make mistakes.”

Father Izaguirre is scheduled to celebrate his first Mass June 21 at Mother of Divine Providence Church with Father Martin Cioppi, the pastor, as the homilist. 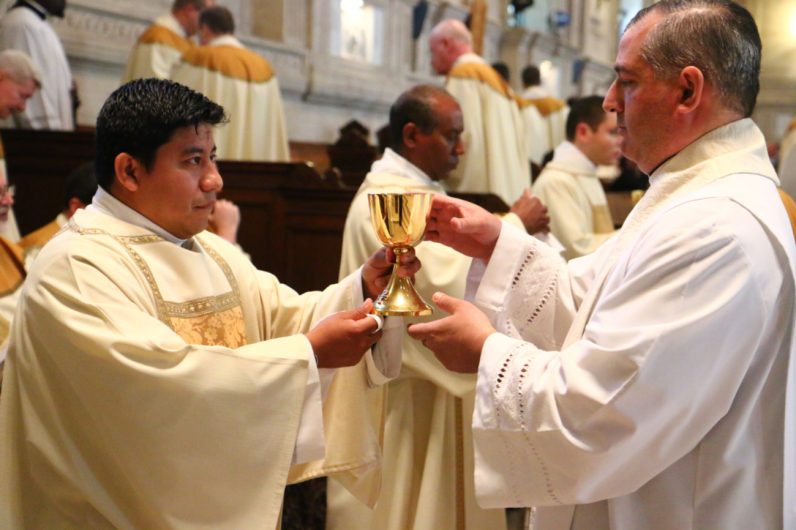 PREVIOUS: For 50 years, Oratorian priest ‘an instrument of God’s love’ in Phila.

NEXT: Following God’s unique call on a traditional path to priesthood