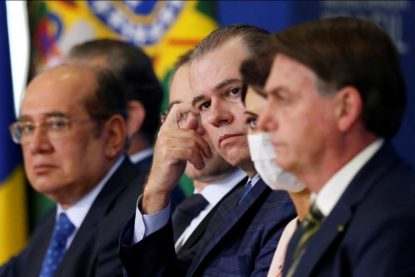 SAO PAULO (CNS) — The Brazilian bishops’ conference praised a Supreme Court ruling that women infected with the Zika virus could not have an abortion.

“It is not for any public authority to selectively recognize the right to life, assuring it to some and denying it to others,” the bishops said. “This discrimination is inequitable and exclusive; it is horrifying just to think that there are children who will never be able to see the light, victims of abortion. They are immoral laws that impose on health professionals the obligation to act against their conscience, cooperating, directly or indirectly, in the practice of abortion.”

In 2016, the country’s National Association of Defenders and Public Defenders filed suit, asking for decriminalization of abortion by pregnant women infected with the Zika virus.

Most people infected with the Zika virus do not get sick, and those who do usually experience mild symptoms. But during pregnancy, the Zika virus can cause miscarriage, stillbirth, and brain defects, including microcephaly, in which babies are born with abnormally small heads because their brains did not develop properly.

For Bishop Roberto Francisco Ferreria Paz of Campos, the decision represents a victory of life and the struggle in defense of life.

“It was not a legal victory, because the constitution guarantees the inviolable right to life; it was much more than that, because life concerns what is the essence of planet Earth, care,” he said in late April.

Cardinal Odilo Pedro Scherer of Sao Paulo spoke on the issue during a late-April Mass: “Our position is always in defense of life and human dignity, and it is not up to us to choose who can live or who must die. … Life is always a gift, even when it is not perfect or complete.”

Bishop Ricardo Hoepers, president of the bishops’ pastoral commission for life and family, reiterated that life is sacred and inviolable.

“No human being is incompatible with life or because of his age, health or existential qualities. When a baby is announced in a mother’s womb, it is a gift. Life is a gift from God, and we are committed to that life,” he said.