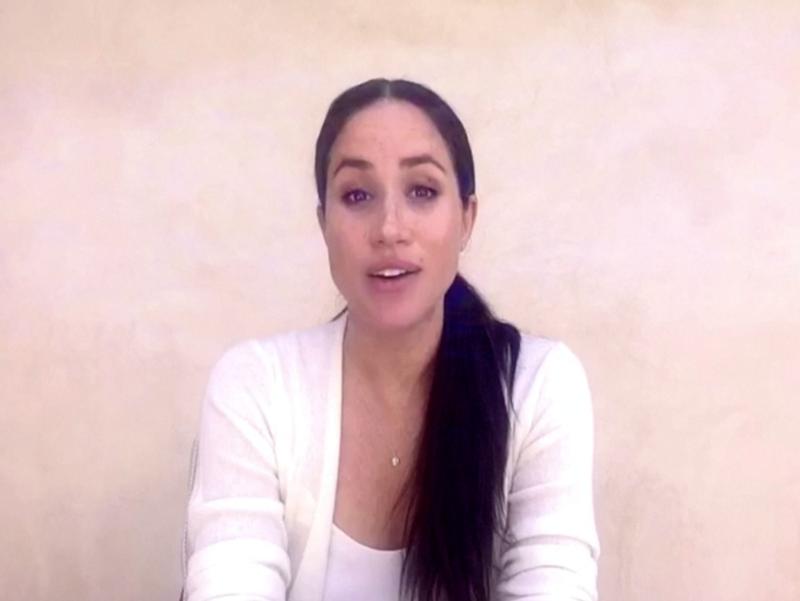 The six-minute address by the Duchess of Sussex focused on the current moment in the country amid protests against racial injustice following the May 25 death of George Floyd. She said the graduating seniors of the all-girls school would have to play a part in the country’s rebuilding.

Markle, who grew up in the Los Angeles area, recently moved back there with Prince Harry, the Duke of Sussex, and their son, Archie, when the couple stepped back from their roles with British royal family. She graduated from Immaculate Heart of Mary in 1999.

The school, founded in 1906 by the Sisters of the Immaculate Heart of Mary, is located just a few miles from the landmark Hollywood sign.

Markle attended the school, which includes a middle school, from seventh through 12th grade. She was chosen as a Kairos retreat leader during her senior year and she took part in the school’s theater productions.

The school has been following Markle through her role in the television drama “Suits,” her 2015 address at the United Nations on International Women’s Day and her engagement and 2018 marriage to Prince Harry.

In her taped remarks to the school’s graduates, Markle said she was “so proud to call each of you fellow alumni, and I’m so eager to see what you’re going to do.”

She acknowledged this graduation was likely not what they had imagined, but she also implored them to view it as more of a beginning than an end and a chance to “activate” all the work, values and skills they embodied at the school.

You are going to lead with love and compassion and “use your voice in a stronger way than you have ever been able to,” she said, telling the graduates they also would “have empathy for those who don’t see the world through the same lens that you do.”

“I know you know that black lives matter,” she said, from their experience “with as diverse, vibrant and open-minded as I know the teachings at Immaculate Heart are.”

The famous alumna also mentioned what a teacher told her in her sophomore year before Markle took part in a service project: “to always put others’ needs above your own fears.”

“That has stuck with me through my entire life and I have thought about it more in the last week than ever before,” she said, crediting the advice, which she has previously spoken of, to her high school theology teacher, Maria Pollia.

When Markle contributed to the book “The Game Changers: Success Secrets From 40 Women at the Top: How to Become a Fearless, Fabulous Girl Boss,” she also mentioned this teacher’s advice.

Pollia, who had been a Catholic Worker volunteer in Los Angeles, told Catholic News Service in 2017 the fact that Markle remembered this conversation and referred to Pollia as a mentor was humbling and rewarding, but she also felt it was just as much a tribute to the school.

“You are passing on what you were given — echoing the legacy we have,” Pollia said of her advice at the time.

Today, the school continues its active presence. The day before the graduation, the school’s student body president, Cleo Riley, who started a local group “Students For Floyd,” led a march in Hollywood that drew about 1,000 participants.

Riley told the local newspaper Los Feliz Ledger that she started the activist group because she hadn’t seen any student-based organizations involved in the issue. The group also has helped clean up damage from protests, including graffiti, in Los Angeles.

Markle, who is biracial, apologized to the students that the world is not yet at a place “you deserve it to be” and she recalled her own experience as a 12-year-old when the 1992 riots took place in Los Angeles over the acquittal of four police officers in the Rodney King beating.

She remembered the looting, fires and curfew and “pulling up to the house and seeing the tree that had always been there, completely charred.”

“Those memories don’t go away,” she added.

Then, and now, she said there have been signs of people coming together, something she said she knows these students will be a part of.

At the start of her remarks, she said she had been a little worried about exactly what to say at this time until she realized “the only wrong thing to say is to say nothing.”

NEXT: On ‘virus’ of racism, panelists praise protesters demanding justice